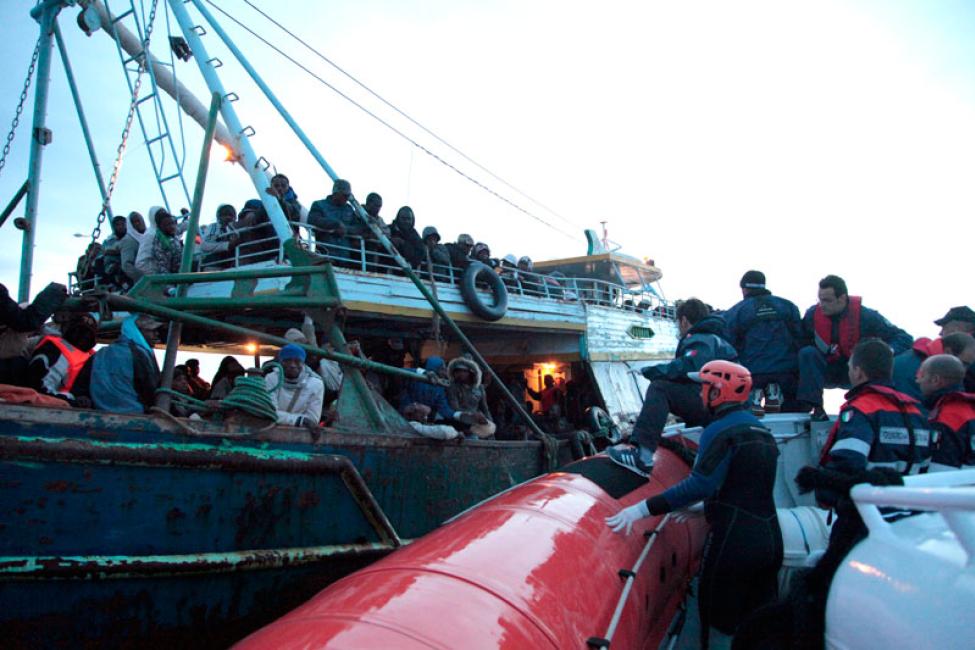 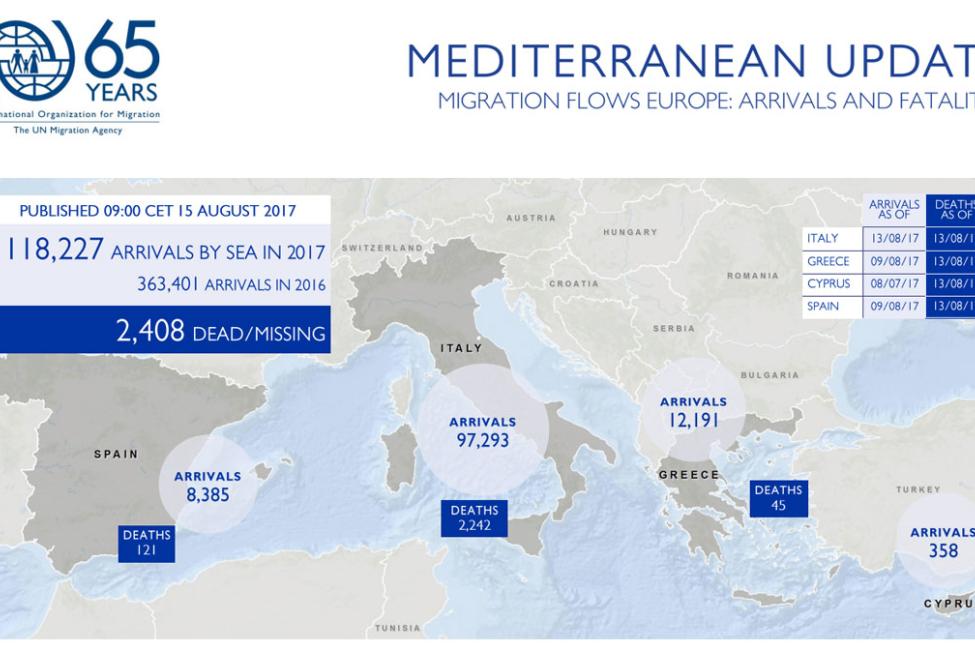 Geneva – IOM, the UN Migration Agency, reports that 118,227 migrants and refugees entered Europe by sea in 2017 through 13 August, with almost 83 per cent arriving in Italy and the remainder divided between Greece, Cyprus and Spain. This compares with 265,640 arrivals across the region through 13 August 2016.

IOM Rome reported on Monday, 14 August, that, according to official figures of the Italian Ministry of Interior, 97,293 migrants have arrived by sea to Italy this year, which is a 4.15 per cent drop from the same period in 2016. IOM Rome spokesperson Flavio Di Giacomo noted that August arrivals thus far, at just over 2,000 migrants and refugees, are running at under 10 per cent of 2016 and 2015 August arrivals, despite being nearly at the month’s midway point (see chart below). IOM Libya reported Monday (14 August) the recovery of the remains of two migrants on 7 August near Azzawya, Libya. That information came too late to include in the latest fatality figures from the region, which are at 2,408 in the chart above. Although this figure lags by almost 800 the number of deaths (3,203) recorded at this time last year, it nonetheless marks the fourth consecutive year migrant deaths in the Mediterranean Sea have exceeded 2,400.

Worldwide, the IOM Missing Migrants Project (MMP) reports that there have been 3,487 fatalities in 2017 through 13 August (see chart below). The Mediterranean region continues to account for well over half of all fatalities worldwide. Among the new deaths reported by the MMP team since last week are two migrants, one lost in a drowning in Río Bravo and the other in a vehicle accident in Europe.