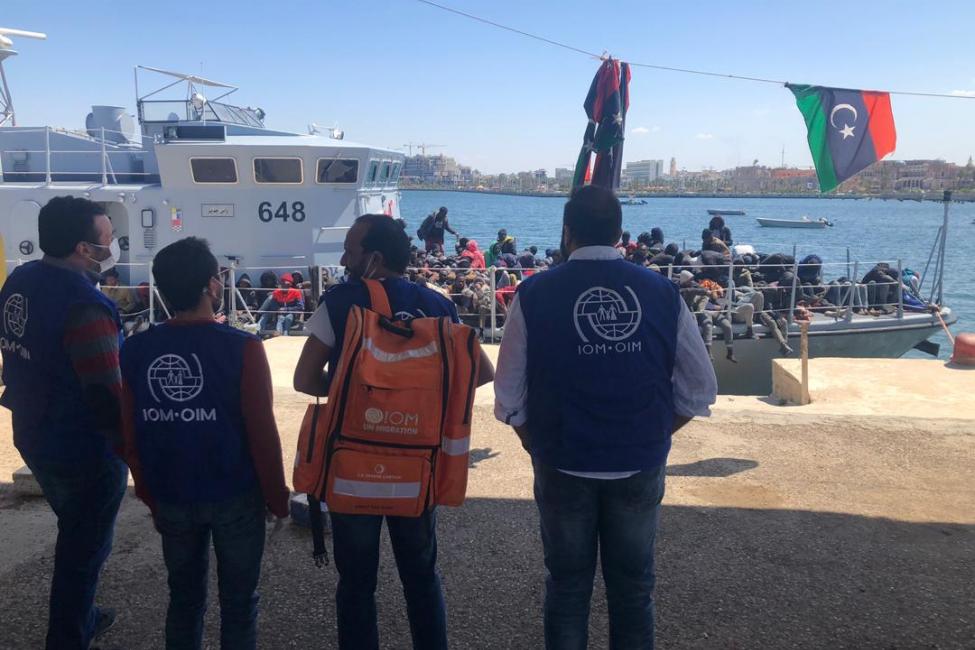 Geneva – Dozens of migrants held at Tripoli’s main port since yesterday fled the facility as it was being shelled early Friday morning.

The group were among 277 people aboard a vessel returned to the capital by the Libyan coast guard, who were forced to remain at the port due to security concerns.

Roughly 200 of them were later apprehended by the authorities and transferred to two detention facilities.  One is an investigation and data collection centre under the Ministry of Interior and the other is not an officially recognized facility.

The International Organization for Migration (IOM) has previously reported disappearances of migrants apprehended and detained by Libyan authorities and remains extremely concerned about the fate of those that are unaccounted for.

“We are at a breaking point,” says IOM Libya Chief of Mission Federico Soda. “We have repeatedly raised the alarm over the situation in Libyan detention centres and appealed to the international community to end the return of migrants to Libya. The intensifying conflict coupled with the COVID19 crisis are putting unprecedented pressure on migrants, displaced Libyans and those trying to assist them.”

IOM has consistently called for alternatives to disembarkation in Libya and the dismantling of the system of arbitrary detention.