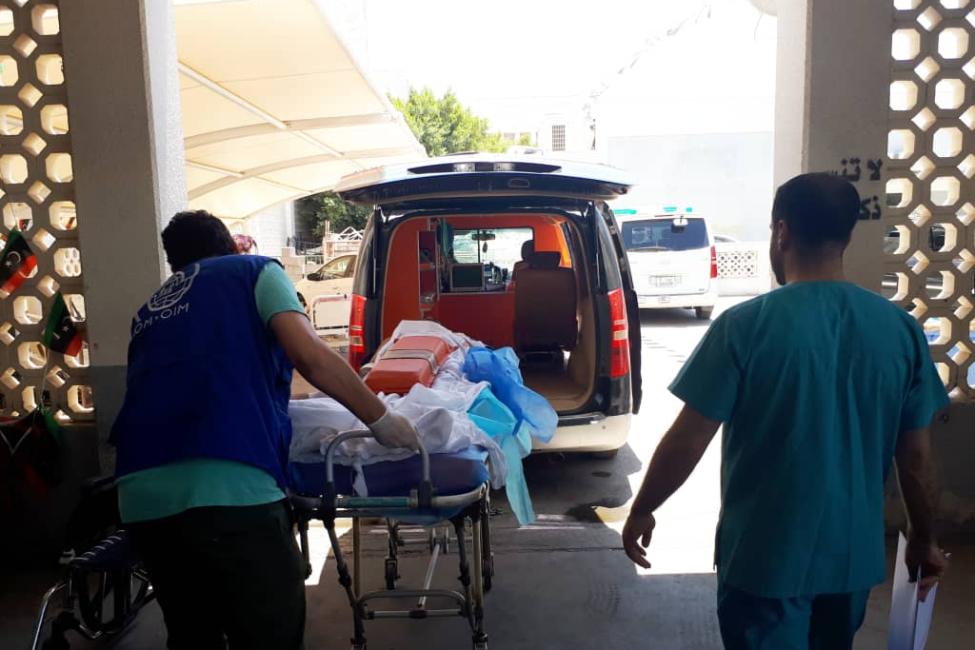 Tripoli – An airstrike on Tajoura detention centre in Libya late Tuesday night killed at least 44 migrants and injured more than 130 others including some registered with IOM’s Voluntary Humanitarian Return (VHR) programme, several of whom were scheduled to return home in the coming days.

“Innocent lives were lost in the attack on Tuesday night, and immediate action is needed from all sides,” said IOM Libya Chief of Mission Othman Belbeisi.

“The suffering of migrants in Libya has become intolerable. It must be clear to all that Libya is not a safe port and that thousands of lives remain at imminent risk.”

One hundred and eighty-seven of the more than 600 detainees from several countries were registered for VHR.

Immediately following the attack, IOM doctors and nurses arrived at the detention centre accompanied by ambulances responding to the tragedy that destroyed the hangar where 180 male migrants were detained.

IOM doctors provided assistance to people at the scene, referred those with severe injuries, some needing urgent surgical interventions, to clinics and continue to follow up on their cases today.

The teams managed to locate a group of injured migrants who left Tajoura after the attack in the surrounding neighborhood and transferred them to hospital for further treatment.

As night falls in Tripoli an estimated 250 migrants, many of them women and children, remain at the detention centre.

IOM continues to call for an end to the arbitrary detention and reminds all parties that civilians are not a target.

While the humanitarian situation in the capital Tripoli worsens for all civilians, some 3,300 migrants who remain detained in similar centres are considered at-risk.