Migrants in Yemen Languish in Detention as Ramadan Begins 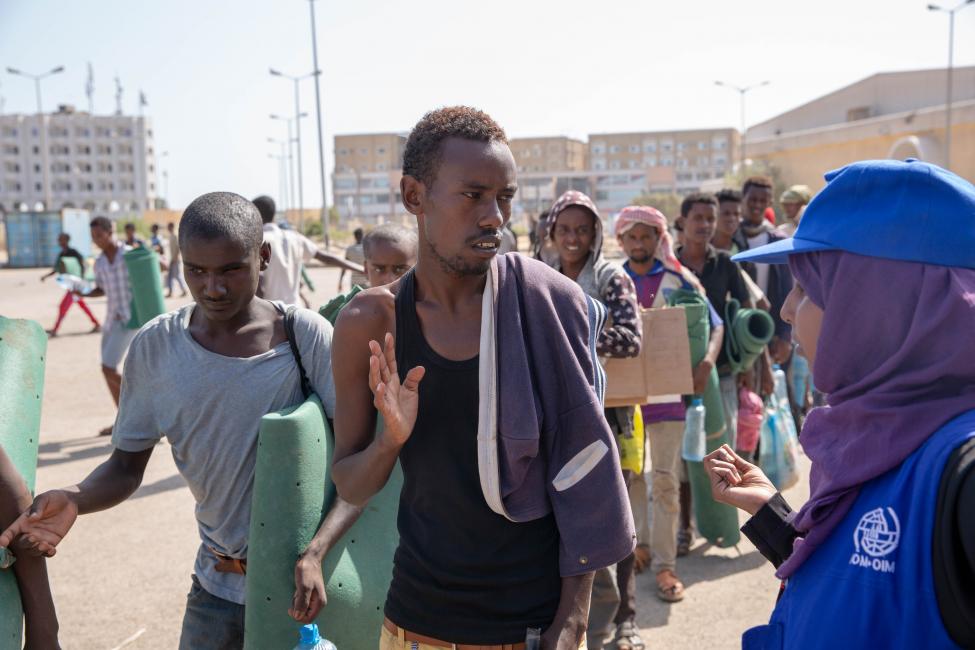 Aden - Some 3,000 migrants continue to be held in two temporary detention sites in Yemen's Aden and Abyan governorates. Among those detained are Ethiopian nationals, many practicing Muslims, who are embarking on thirty days of Ramadan fasting while detained.

The International Organization for Migration (IOM) has been providing clean water and emergency food at the 22nd of May Stadium in Aden where nearly 2,500 migrants are detained.

On 21 April, authorities in Yemen began detaining nearly 5,000 irregular migrants in two sports stadiums and a military camp in the Aden, Abyan and Lahj governorates. The detainees predominately are Ethiopians, who entered Yemen to seek livelihoods and opportunities on the Arabian Peninsula.

On Friday (03/05), IOM’s Displacement Tracking Matrix (DTM) teams confirmed that 2,473 migrants remain under detention in Aden’s 22nd May Stadium. Of those, the DTM determined 873 are children.

Since last week’s headcount, more people have been brought to that site. An estimated 500 migrants are also being held in a second sports stadium in Abyan.

At the stadium in Aden, IOM is combatting the spread of communicable disease by providing water, sanitation and hygiene (WASH) and health services. Between 26 April and 5 May, IOM has conducted over 1,800 health consultations and rehabilitated 30 latrines.

In recent days, more than 1,400 people detained at the military camp in Lahj reportedly were released.  IOM is making efforts to confirm the locations and wellbeing of all migrants released in Lahj, particularly because some had been suffering from acute watery diarrhea (AWD).

At Lahj’s Ibn Khaldoon Hospital, IOM is treating more than 70 former detainees with AWD in its newly-opened diarrhea treatment centre. Tragically, since Wednesday (01/05), 14 migrants have perished from the illness

IOM remains extremely concerned for the people being held in inhumane conditions in Aden and Abyan. Alongside humanitarian partners, IOM is providing lifesaving services, while engaging with authorities to advocate for the release of those detained.

Thousands of migrants are stranded in other locations throughout Yemen. From Sana'a starting this past Monday, IOM intends to move a total of 327 Ethiopian migrants to Addis Ababa, under IOM’s voluntary humanitarian return (VHR).