More than 240 Refugees Resettled from Egypt to Germany 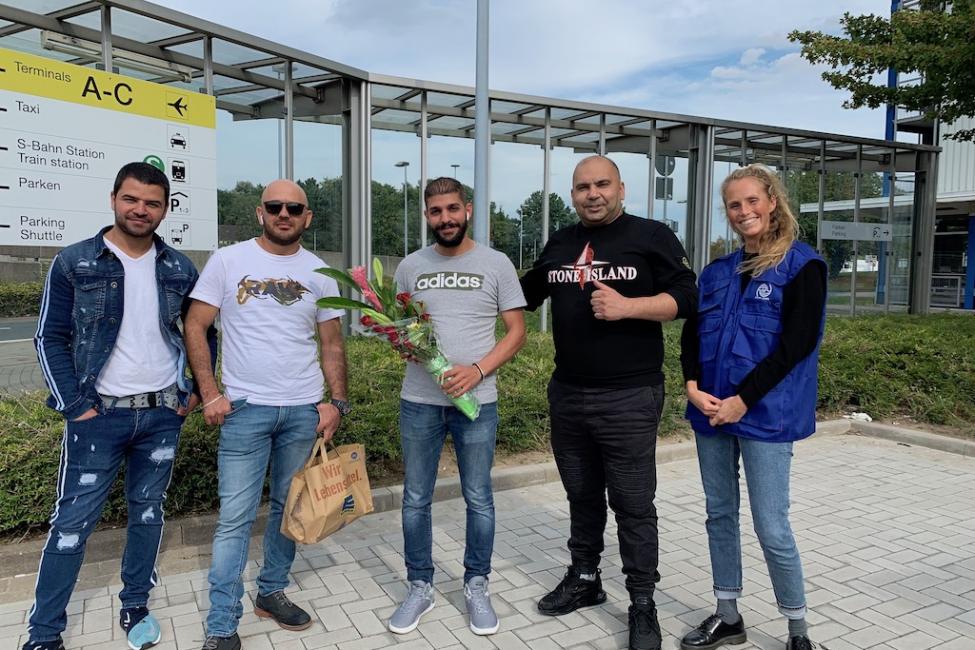 Berlin – Two hundred forty-six refugees arrived safely in Hannover, Germany on Wednesday (11/09) on a charter flight from Egypt with International Organization for Migration (IOM) support throughout the resettlement process.

The resettled group comprised refugees from Syria, South Sudan, Sudan, Eritrea and Somalia who fled war, persecution and severe human rights violations. Among the group were 64 children and nine infants.

“The people on board have already braved the worst and deserve a chance at a new and safe beginning,” said Monica Goracci, Chief of Mission of IOM Germany.

“This resettlement movement has allowed them to travel safely and in the most organized and humane way possible,” she added.

“We thank the Governments of Egypt and Germany for their solidarity. Resettlement assistance remains an underutilized yet powerful instrument for IOM to support refugees who do not have the option to stay in their country of asylum,” said Laurent De Boeck, Chief of Mission of IOM Egypt.

During the resettlement procedure, IOM supports the receiving country, assists with visa document processing, conducts health assessments, provides pre-departure orientation courses, organizes their flights and escorts the refugees until their arrival in Germany.

The complex process of resettlement involves the cooperation between various actors. In this case, IOM worked closely with the Federal German Office for Migration and Refugees (BAMF), the United Nations High Commissioner for Refugees (UNHCR) and Caritas Germany.

After their arrival in Germany on Wednesday, the refugees traveled onwards to Friedland in Lower-Saxony, where accommodation and integration courses are provided before they settle elsewhere in the country.

So far in 2019, IOM has assisted more than 600 refugees to be resettled to Germany on behalf of the German government.