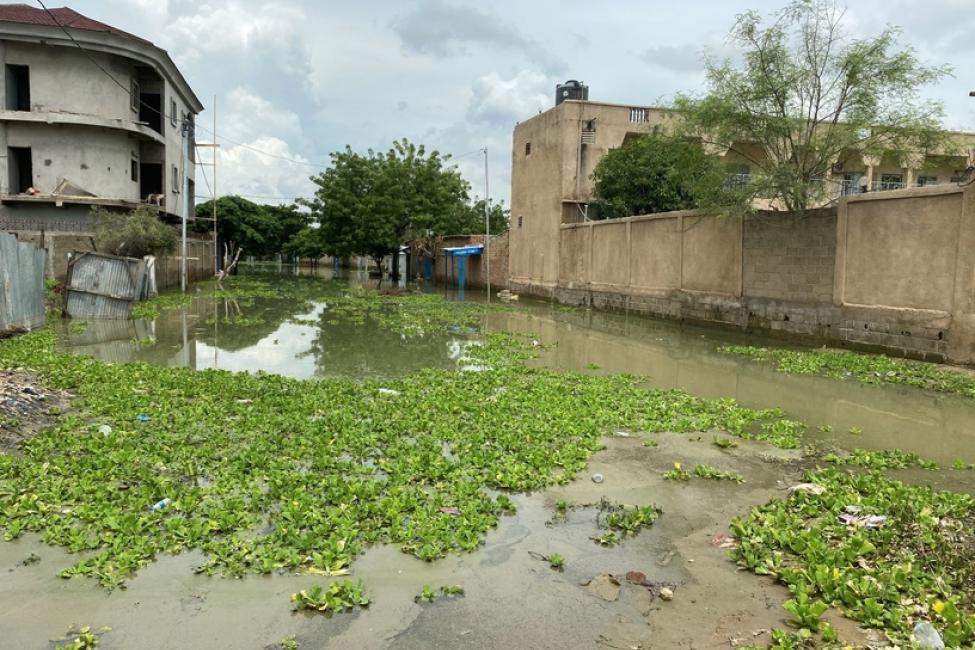 N’Djamena – Nearly 120,000 people have been displaced by flash floods caused by heavy rains across Chad in the month just ended. At least 32,000 of the affected persons are in N’Djamena, the country’s capital city, according to IOM’s Displacement Tracking Matrix (DTM). DTM data further indicate a total of 7,122 households have been affected. Ten people have died across seven departments of the Chadian capital.

Many victims of the displacement have been welcomed by family members and friends in less affected parts of the city. Nonetheless, many whose houses have been destroyed remain in need of shelter and emergency assistance.

“The flooding has exacerbated the already challenging situation for many of the most vulnerable N’djaménois, who are now seeking refuge in local school buildings after having lost not only their homes but also their livelihoods,” explained Anne Schaefer, IOM Chad’s Chief of Mission.

The flash floods have not only affected the N’djaménois, but also the migrants who live and work in the city, some of whom have been waiting for an opportunity to return home amidst mobility restrictions imposed as a result of the COVID-19 pandemic.

For these migrants, the socio-economic pressures, already heightened by the restrictions related to COVID-19, have been exacerbated by the floods which have de facto paralyzed their economic activities.

Last week, a joint team comprised of IOM’s Emergency and Displacement Tracking officers, Chadian Government authorities and the Camp Coordination and Camp Management and Food Security Clusters – as well as other members of the inter-cluster coordination team – conducted a needs assessment across N’Djamena to assess the scale of the damage caused by the floods and the key needs of the displaced persons.

“Not only does the damage caused by floods exacerbate the risks of COVID-19 due to unsanitary conditions, there are very high risks of cholera and malaria outbreaks as water levels rise and water stagnates in the city,” added IOM’s Schaefer.

Built around the Chari River which flows through Central Africa and feeds 90 per cent of Lake Chad, N’Djamena is prone to flooding, particularly when the river overflows during heavy rains.

In 2010, at least 150,000 people were affected and tens of thousands of hectares of land were destroyed by flooding caused by heavy rains.

IOM is calling for a durable disaster risk reduction and humanitarian approach to provide relief to the affected populations and strengthen the capacity of local actors to prepare for and respond to potential disasters in the long term. This will include physical risk prevention and mitigation as well as community-based disaster risk reduction and emergency preparedness and response.