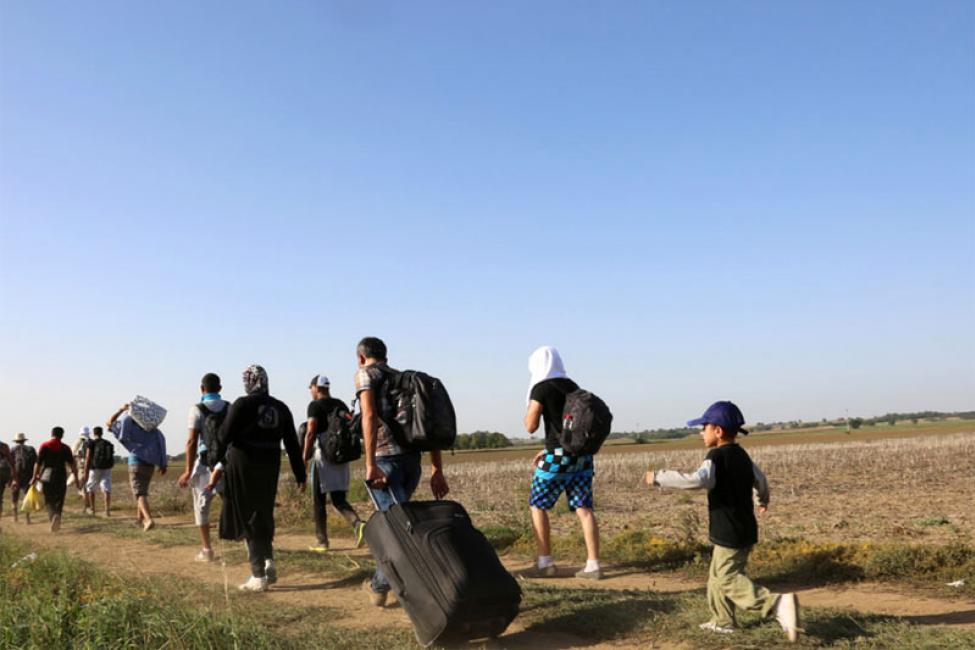 Vienna – New data released by IOM, the United Nations Migration Agency, reveals a complex evolution of migrant arrivals in Europe via the so-called Eastern Mediterranean Route. The Agency’s main findings are that the cost of getting into Europe has increased significantly when compared to 2016, the routes have changed, and different countries of destination are being prioritized.

Many migrants are now paying upwards of USD 5,000 to get into the European Union, with those coming from Afghanistan, Syria and Pakistan being charged the most. Greece and Bulgaria are being used as transit countries into the Western Balkans, with Northern Europe as the goal destination. While the most popular destination up to June 2016 was overwhelmingly Germany, migrants now seek to get to France, Sweden, Italy, Norway, Austria and Denmark as well.

“With increased border controls, it has become harder to reach Europe,” noted Livia Styp-Rekowska, IOM’s Border Management Specialist in Vienna. “One constant, however, is the increase in sums demanded.”

There are also indications that people have been exploited along the route, and have incurred huge debts to make their way to Europe.

“Loss of life at sea is tragic and should be averted at all costs, but there are other dimensions,” noted Styp-Rekowska. “One also has to remember that those who make it often have their lives put on hold. Our research shows that 40 per cent of refugee and migrant children have had no schooling in the past year. Almost one in three children reported that the last time they went to school was more than two years ago and just as many have missed one to two years of schooling. Twenty-three per cent said they have never gone to school.”

IOM’s flow monitoring surveys are part of the IOM Displacement Tracking Matrix (DTM) activities in the Mediterranean. The initiative began in October 2015 and is conducted within the framework of IOM’s research on populations on the move through the Mediterranean and Western Balkan routes to Europe.

Between January and June last year, 6,401 surveys were conducted in Greece, Hungary, Serbia and the former Yugoslav Republic of Macedonia. The sample size for the period between January and June 2017 consists of 2,140 surveys. The analysis focuses on the comparison of migrant profiles and characteristics of their journeys between these two time periods.

The full report can be accessed at:

It was compiled using IOM’s Displacement Tracking Matrix and funded by UK Aid. Previous reports are available on demand.