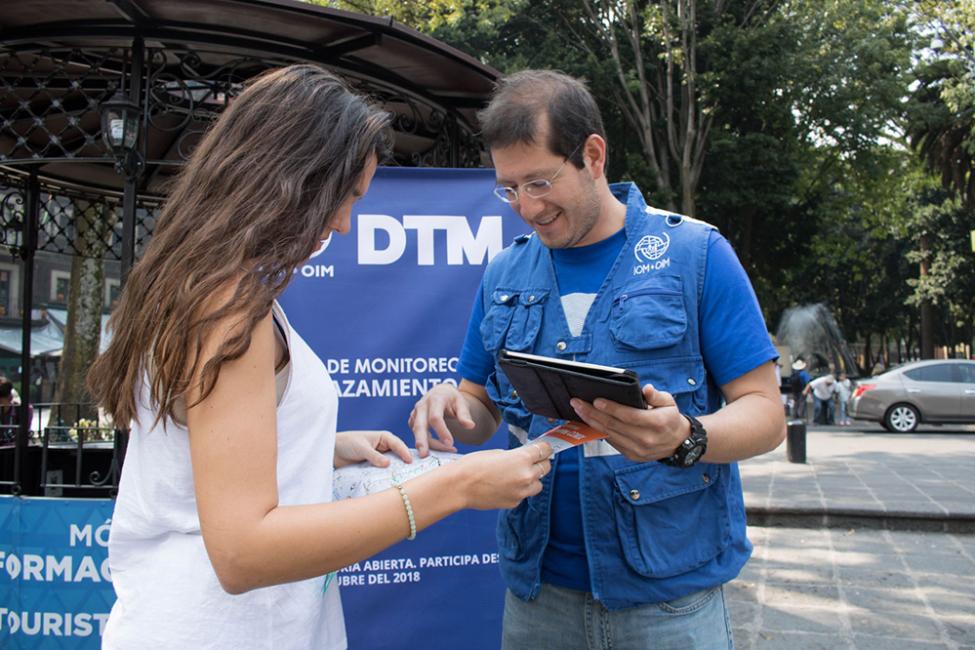 San Jose – One of every five Venezuelan nationals recently arrived in countries in Central America and the Caribbean has faced a high risk of labour exploitation or trafficking for forced labour, according to a recent International Organization for Migration (IOM) survey, applied to 4,600 respondents in five countries.

They reported being victims of exploitative practices like working without payment, being forced to work, working to pay a debt, and even being held against their will.

Between July and December 2018, IOM conducted a series of surveys, using its Displacement Tracking Matrix (DTM) operations, in Panama, Trinidad and Tobago, Dominican Republic, Costa Rica and Guyana, to enhance the quality of data on this population and their needs.

The analysis also shows high risk of discrimination based on nationality. Approximately one-third of respondents said that they had experienced discrimination since leaving.

“Our findings show the presence of risks of human trafficking for labour exploitation, and make it clear we must continue to work to increase the capacity of governments, UN agencies and NGOs to respond. Sexual exploitation of Venezuelans in the region is also a serious problem, and it should be part of our efforts, but we must not forget other forms of exploitation,” she emphasized.

Since the mid-1990s, IOM and its partners have provided protection and assistance to close to 100,000 men, women and children who were trafficked for sexual or labour exploitation, slavery or practices like slavery, servitude or for organ removal.

IOM will continue to support the efforts of States and civil society to address the most urgent needs of refugees and migrants from Venezuela in the region. IOM approaches to counter trafficking in persons and exploitation include actions to reduce risk, such as to regularize migrants, improve their living and working conditions, as well as targeted support to protect and assist victims.

The data collection and analysis of this study were carried out thanks to the contribution of the US Department of State Office to Monitor and Combat Trafficking in Persons (J/TIP). Other activities related to the response plan for refugees and migrants from Venezuela were financially supported by the the US Bureau of Population, Refugees, and Migration (PRM).