Over 19,000 Displaced Following Outbreak of Violence in Central African Republic 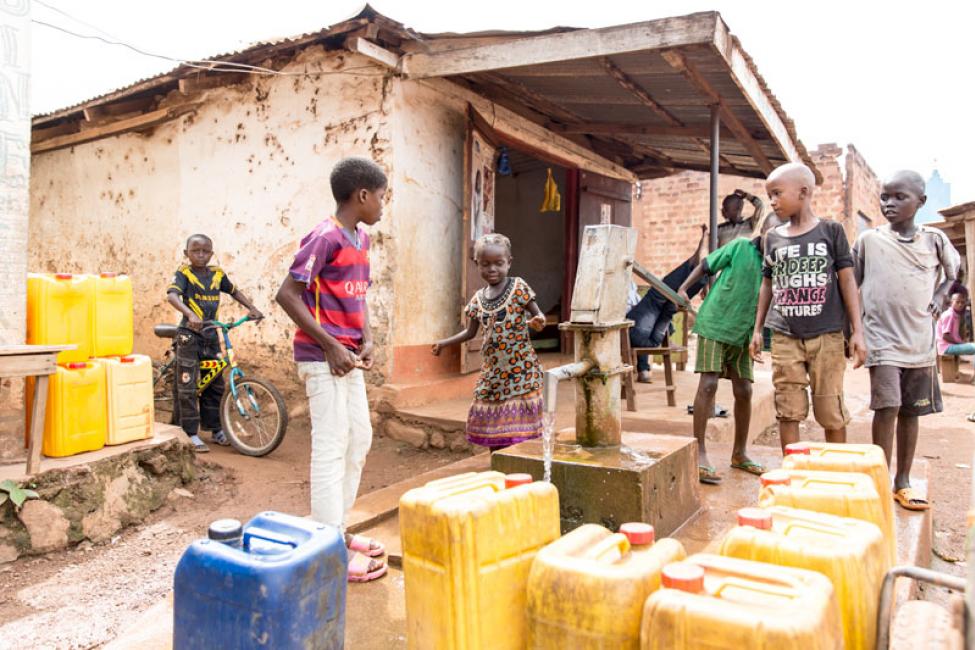 Children collect water in CAR where over 19,000 people have been displaced since 17 May 2017. Photo: IOM / Amanda Nero

Children collect water in CAR where over 19,000 people have been displaced since 17 May 2017. Photo: IOM / Amanda Nero

IOM, together with the local Red Cross, has rolled out its Displacement Tracking Matrix (DTM) to monitor the displacement in Bangassou following an attack on 13 May 2017 carried out by the auto defence group in the town (especially in the 3rd district, where around 2,000 Muslims resided).

As the co-lead of the Camp Coordination Camp Management (CCCM) component of the Shelter/Non-Food Item (NFI)/CCCM cluster, IOM deployed the CCCM co-facilitator to Bangassou as part of a humanitarian delegation to assess humanitarian needs of displaced persons and to roll out the DTM in coordination with various humanitarian actors including the local Red Cross.

“More than 80 per cent of the displaced persons are living with host communities and not in camps,” said Yoko Fujimura, DTM expert. “Host families are sharing the little that they have with displaced people and therefore should also be supported to avoid tensions over limited resources,” she added.

IOM also supported Caritas in discussions with representatives of the displaced population in two spontaneous displacement sites in the Yugu neighbourhood of Bangassou. The discussions aimed at establishing governance among the displaced population, which consists of a steering committee and sectorial committee.  This governance structure was created to facilitate communication with humanitarian actors to effectively manage the provision of services and protection as well as organize and improve the living conditions of those displaced in the Yugu neighbourhood.

The resurgence of violence is also affecting other regions in the country including Kaga Bandoro, Bambari, Bria, Bangassou, Alindao and PK5 in Bangui. In May 2017, there were more than 500,000 Internally Displaced Persons (IDPs) country wide, a figure that had not been reached since August 2014.