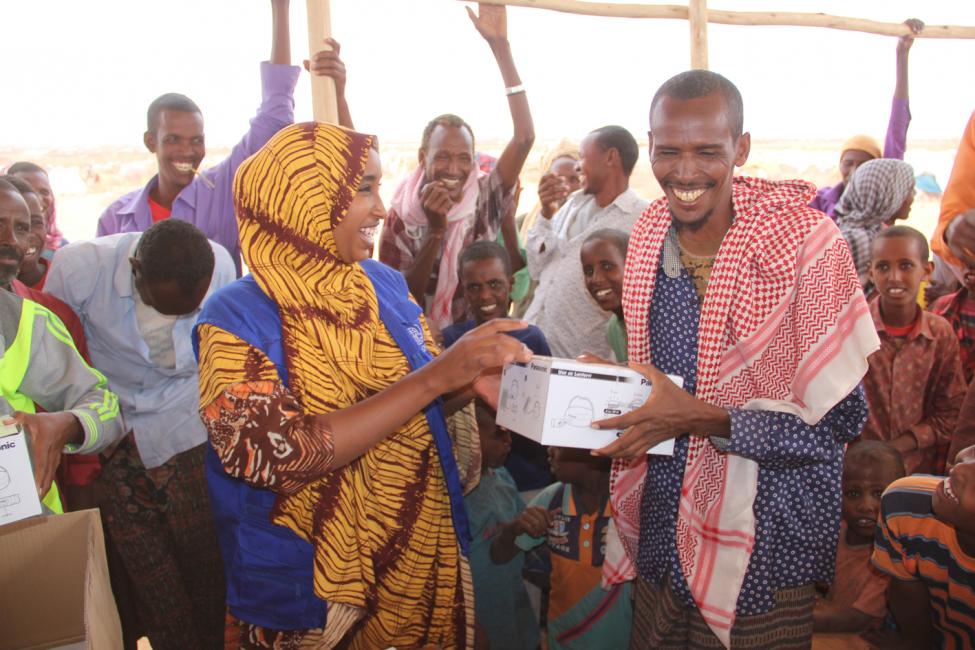 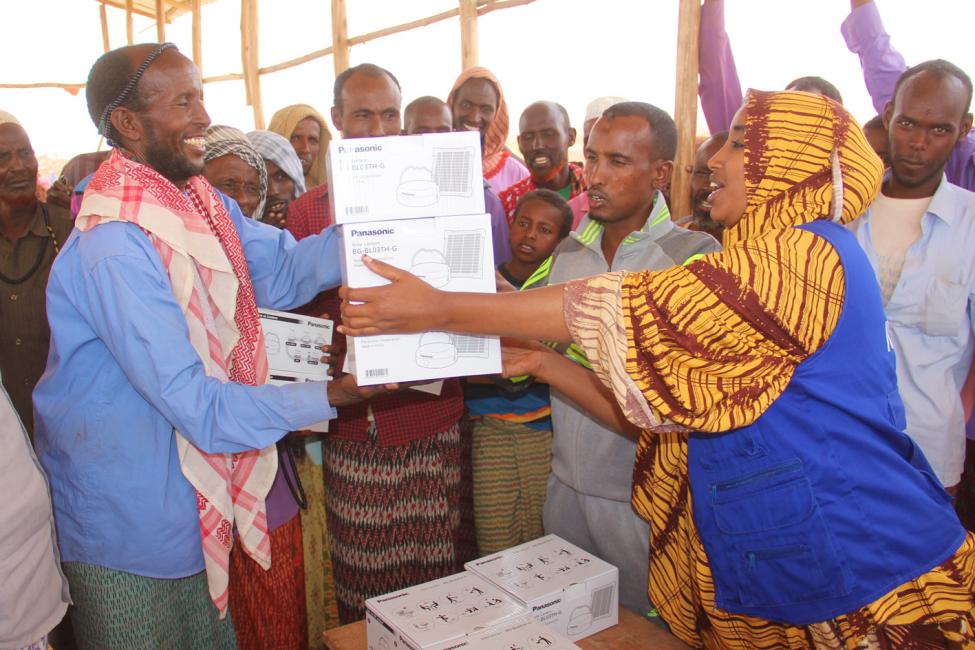 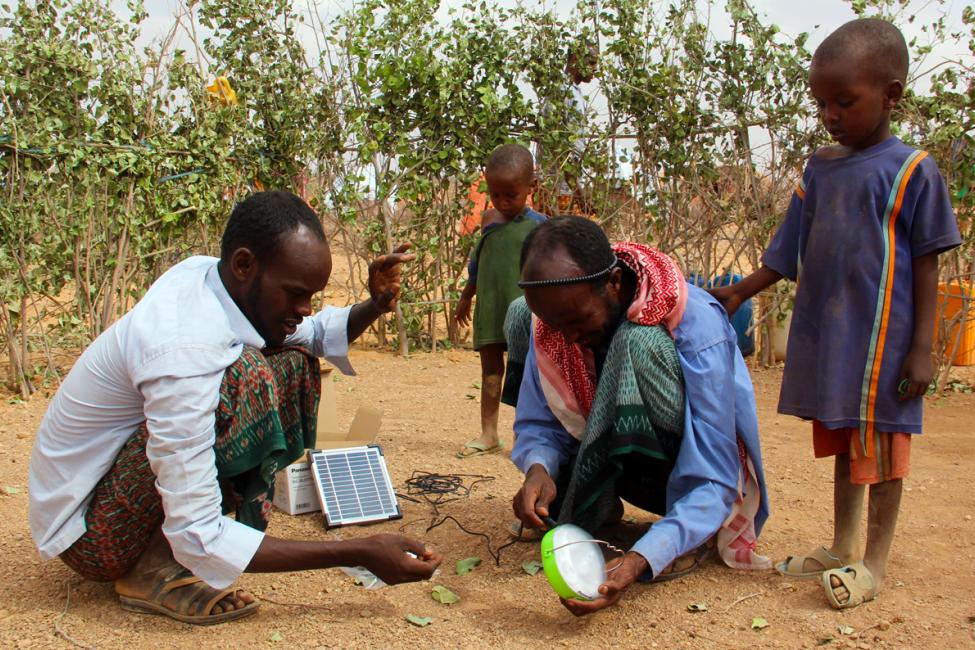 Addis Ababa – On its 100th anniversary, Panasonic Corporation has announced the successful completion of the 100 Thousand Solar Lanterns Project, which has brought light to off-grid communities in 30 countries, through 131 organizations, in the last five years.

Ethiopia benefited from the project through the donation of 2,400 solar lanterns which were distributed by IOM, the UN Migration Agency to displaced families in rural settings.

The solar lanterns enhanced security and connectivity through provision of light and mobile charging capacity in line with the Panasonic Corporation’s aim to improve and enhance the quality of life in emerging economies and developing countries. The project contributed to the realization of the Sustainable Development Goals (SDGs) aimed at mobilizing global efforts to end poverty, protect the planet and ensure prosperity.

Farah Hashi, a 60-year-old elder received a lantern on behalf of the community mosque at a displacement site for people affected by drought in the Somali Region of Ethiopia. The mosque gathers more than 50 people, five times a day for daily prayers, three of which are carried out in the dark. “We used to burn wood or use battery operated torch lights for the evening prayers. The closest battery shop is several kilometers away, so maintaining the torch was a challenge,” Hashi explained. He noted that the solar lanterns, “will bring a sense of security and light to our mosque; so we are very grateful for Panasonic.”

Yousuf Mohamed, a 40-year-old caretaker for the youth centre in the area stated, “This gives us light and we can also charge mobile phones with it. We had to pay five birr (0.18 USD) for each mobile charge and stay at the town for hours until the phones were charged. We have to make that trip at least three times a week, so this is very useful.”

IOM’s distribution of the lanterns reached 100 communities displaced by drought which has severely impacted Ethiopia since 2015.

IOM Ethiopia Chief of Mission Maureen Achieng, explaining the benefit of the distribution of lanterns through private sector partnerships said, “Displacement often occurs in rural settings where social amenities like electricity are limited, a fact that further exacerbates the vulnerability of displaced populations, especially women and girls.”

She added, “These lanterns will contribute significantly to the protection of affected communities, reducing risks and insecurities and enabling them to pursue their lives and livelihoods in safety and dignity.”