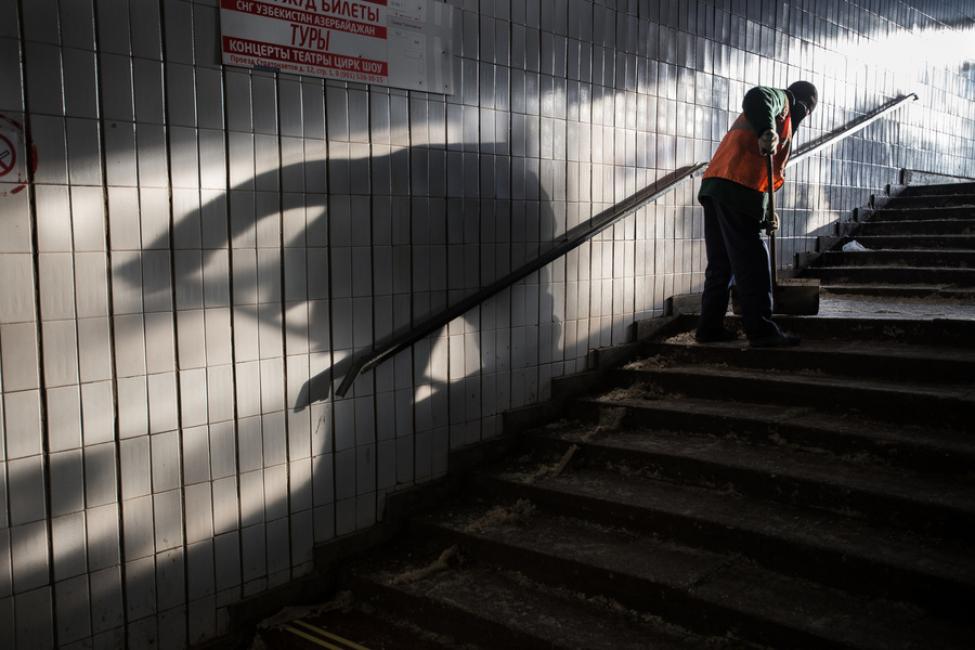 Moscow – The Russian Federation is home to an estimated 12 million migrants, most of whom arrive from neighbouring, former Soviet states. All told, they generate an estimated USD 13 billion annually in remittances, which make a major contribution to the economies of the wider region.

The COVID-19 pandemic has left millions of these international labour migrants stranded, or else facing uncertain futures. Many toil in low-skilled, unregulated areas and are unable to return to their home countries. Many also fear not being readmitted to the Russian Federation if they leave, or worry that once their work permits lapse, they will lose residency status.

They have less to fear today. Over the weekend a Presidential Decree was issued to regulate the legal status of foreign nationals for an interim period of three months.

The move was warmly welcomed by IOM, with  Abdusattor Esoev, Chief of Mission in the Russian Federation saying, “This announcement is crucial and will be an immense practical help to thousands of migrants who have lost their jobs and who are now stranded all over this vast country.”

The decree means that migrants will not have to pay fees for permits, allowing them to find jobs more quickly and to retain their legal status.

While the announcement helps many people in the country, IOM notes that migrants still face enormous challenges amid the worsening epidemiological situation in the country.

The number of cases has topped 50,000 and is increasing by almost 15 per cent each day.  The worst hit areas are Moscow (city and region), which combined host almost 70 per cent of Russia’s cases. These are also two areas where the number of migrants is the highest compared to the rest of the country.

IOM oversees a wide network of civil society organizations and is working with local authorities to establish Migrant Crisis Centres in each of Russia’s regions. These will become one-stop shops for the most vulnerable migrants during the crisis, providing information and advice on all aspects of COVID-19 and how it is impacting migrants’ lives.