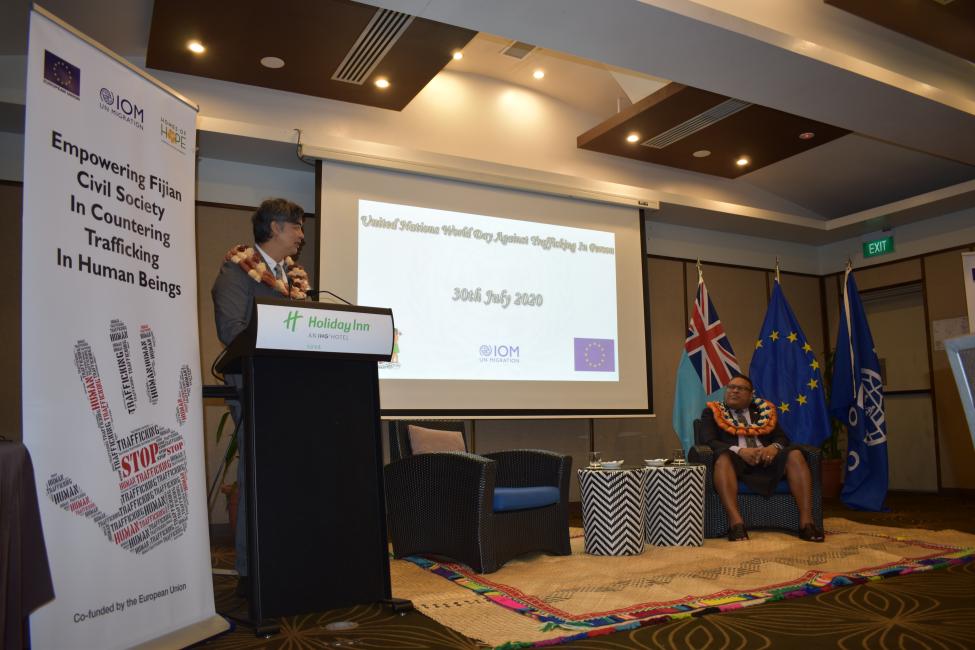 Ambassador of the European Union for the Pacific, HE Sujiro Seam speaks at the launch of the Empowering Fijian Civil Society in Countering Trafficking in Human Beings project in Suva, Fiji. Photo: IOM 2020 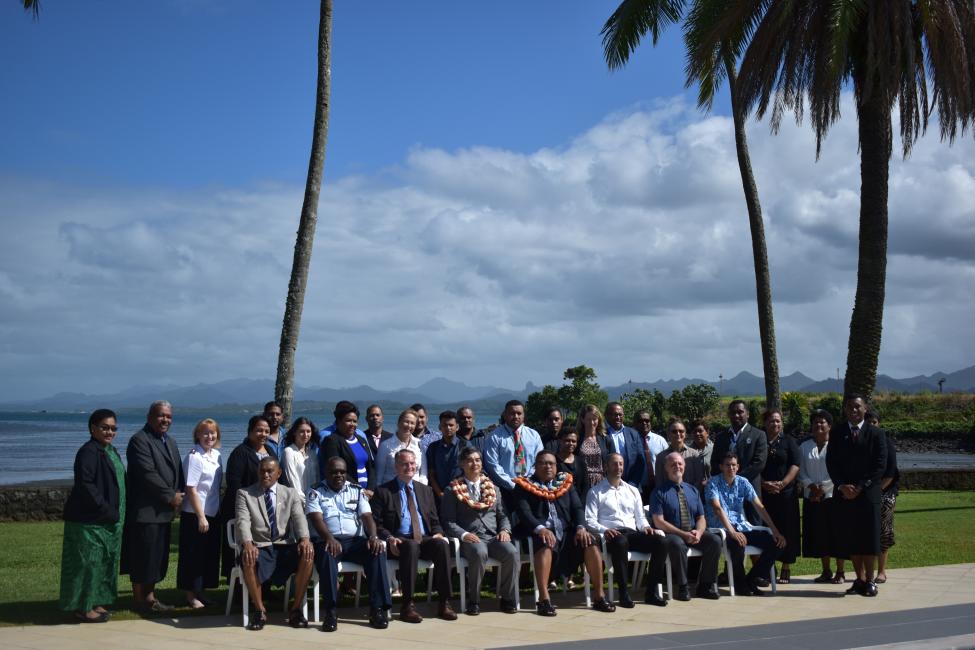 30 July 2020, Suva - The International Organization for Migration (IOM) has partnered with Fijian NGO Homes of Hope to deliver a two-year project to counter human trafficking, with funding support from the European Union (EU). The project was officially launched today in Suva on World Day against Trafficking in Persons.

The project - Empowering Fijian Civil Society in Countering Trafficking in Human Beings - began implementation on 1 February 2020 and aims to prevent human trafficking in Fiji and protect the fundamental rights of  victims  of trafficking, and the associated forms of exploitation and abuse.

The Pacific region is vulnerable to exploitation by human traffickers, including Fiji which, as a major regional hub, has become  a  source,  transit,  and  destination  country  for  cross-border  trafficking   and   experiences   domestic human trafficking.

Statistics on human trafficking in Fiji are hard to find, due to the lack of targeted research and data collection to date and the insidious nature of the crime. However, there are known cases of nationals from other Pacific Island countries and north and south Asian countries that have been trafficked into Fiji and subjected to sexual exploitation and forced labour. Some Fijian citizens have been trafficked to other countries such as Australia and the United Arab Emirates, and there is anecdotal evidence that domestic trafficking of Fijians also occurs.

He added, "IOM's implementing partner, Homes of Hope, has worked closely with Fijian communities for  nearly 25 years to support victims of forced sex and exploitation and to create safety nets that protect women and children from sexual abuse, sexual violence and to care for survivors. The organization has worked with many cases of domestic trafficking through its residential care program and training school in Suva. We look forward to working with Homes of Hope to build on the team's local experience and networks to have a positive impact on preventing human trafficking in Fiji."