Protocol on Assistance for Migrants in Vulnerable Situations signed in Foz do Iguaçu, Brazil 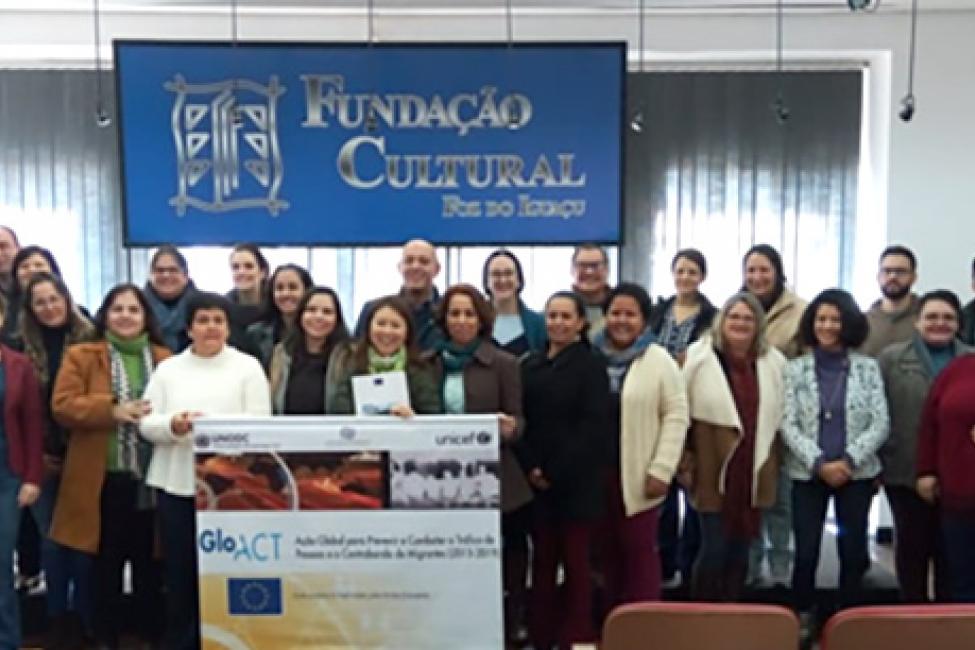 Brazil – In partnership with the Secretariat of Social Assistance of Foz do Iguaçu, the International Organization for Migration (OIM) released the Protocol on Assistance for Migrants in a Vulnerable Situation on 19 June 2018. The launch was done during a meeting attended by 32 people representing governmental and non-governmental institutions involved in the assistance of migrants in Foz do Iguaçu.

Following the presentation of the components of the protocol, the Secretaries of Social Assistance and Human Rights signed a conjoint letter committing themselves to implement the mechanism within their organs and to establish coordination and referral procedures among theirs and other secretariats. They also committed to replicate capacity building sessions on migrant assistance for their staff and collaborators. The other institutions represented in the meeting also signed an agreement affirming their contribution to the efforts made by the two secretaries. Over 12 institutions signed the agreement, including the Secretariat of Health.

The release was made one day after IOM promoted a training session designed to staff working on direct assistance for vulnerable migrant. The session was attended by 41 people and aimed at addressing protection and assistance principles and guidelines, which are also included in the protocol. The Protocol is expected to be officially published as a handbook soon and will serve as a guide to the capacity building sessions. The protocol is available online at IOM information repository.

These events took place in the context of the Global Action to Prevent and Address Trafficking in Persons and the Smuggling of Migrants (GLO.ACT), a four-year (2015-2019), €11 million joint initiative by the European Union and the United Nations Office on Drugs and Crime (UNODC). The project is being implemented in partnership with the International Organization for Migration (IOM) and the United Nations Children's Fund (UNICEF) and reaches thirteen countries across Africa, Asia, Eastern Europe and Latin America. GLO.ACT works with the 13 countries to plan and implement strategic national counter-trafficking and counter smuggling efforts through a prevention, protection, prosecution, and partnerships approach.