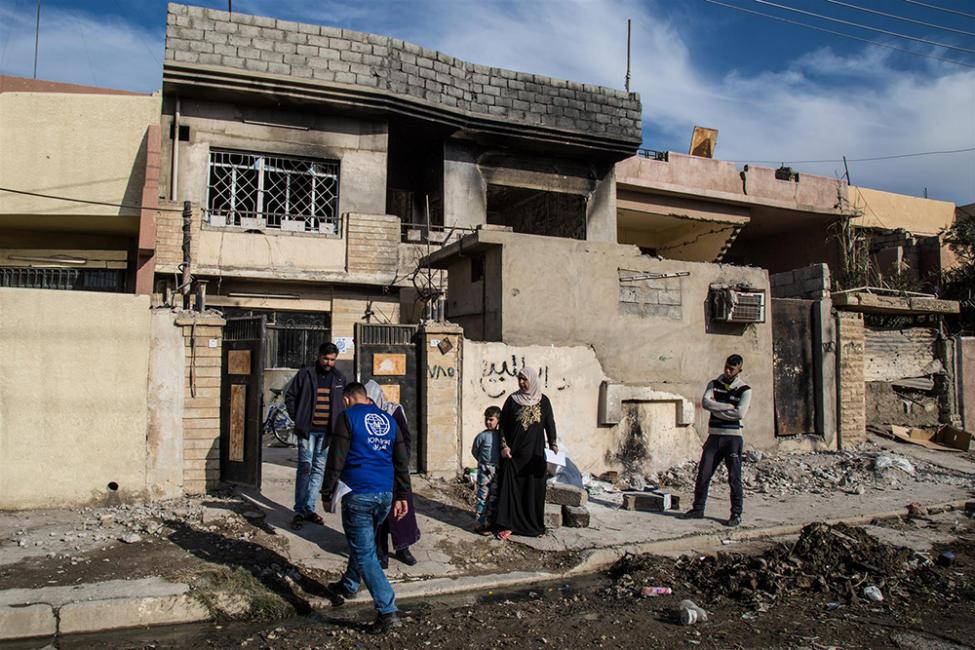 Kuwait – As the recent Kuwait International Conference for the Reconstruction of Iraq came to a close, IOM, the UN Migration Agency, reported that internally displaced persons (IDPs) in Iraq continue to return home by the thousands.

According to IOM’s latest Displacement Tracking Matrix (DTM) report, as of 31 January 2018 more than 3.3 million Iraqis have returned to their areas of origin, while nearly 2.5 million people continue to live in displacement. New IOM figures show that return movements are ongoing – in January another 125,000 returnees were identified – mainly to the four governorates of Ninewa, Salah al-Din, Kirkuk and Anbar.

Since the start of the crisis in early 2014, with ISIL later holding large parts of central Iraq and the subsequent conflict to retake these areas, nearly six million Iraqis have been displaced. Their communities have suffered widespread devastation and damage.

In January 2018, for the first time in more than three years, there were more returnees than internally displaced people. In the last three years, Anbar Governorate has received the largest number of returnees in the country, due to improved security, rehabilitation of services and rebuilding of infrastructures.

In January 2018, the three governorates reporting the biggest decreases in IDP numbers were Ninewa (- 6 per cent), Baghdad (- 12 per cent), and Anbar (- 17 per cent). Together, they account for almost two-thirds of the nationwide decrease of IDPs (more than 145,000). Of the remaining 2.47 million IDPs in Iraq, only half (51 per cent) are reportedly housed in private settings, while more than a quarter (26 per cent) still live in camps.

Though Ninewa Governorate accounts for two-thirds (nearly 84,000) of the new returnees identified in January, IOM has noted that not all returnees to Mosul city stay there.

Due to lack of security, services and livelihood opportunities in west Mosul, approximately 600 families returned in January to Haj Ali camp.

Returnees living in critical shelters, including informal settlements and unfinished buildings, are concentrated in four governorates – Diyala (21,500 individuals), Salah al-Din (12,400), Ninewa (7,500) and Kirkuk (800). Iraq’s urgent need for fast-track reconstruction to assist the reintegration of IDPs in their areas of origin was also discussed at the recent Kuwait International Conference for Reconstruction of Iraq this past week.

“As Iraq enters the recovery phase after three years of conflict, we should remember that real reconstruction of the country will not only be based on rebuilding infrastructure,” said IOM Iraq Chief of Mission Gerard Waite. “Provision of specialized support to all who survived the conflict is also needed, alongside reconstruction of infrastructure.”

During the Kuwait conference, the UN launched a two-year Recovery and Resilience Programme, in which IOM Iraq takes part, to assist the Iraqi government in addressing the multiple needs for rebuilding and reconstruction in the country. The UN Secretary General spoke about the programme in his speech at the conference.

The latest DTM report, with data through 31 January is available at:
http://iraqdtm.iom.int/LastDTMRound/Round88_Report_English_2018_January_31_IOM_DTM.pdf