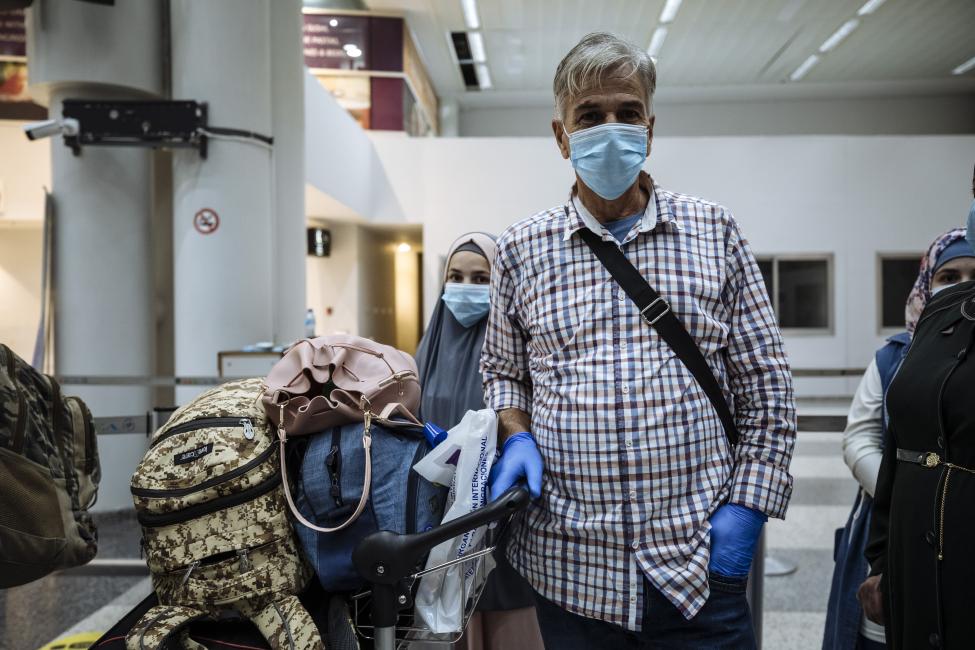 Paris – Nearly 300 Syrian refugees – including 113 children – have left Lebanon and arrived safely in Europe over the past week through France’s national resettlement programme. The refugees traveled via two chartered resettlement flights organized by the International Organization for Migration (IOM) in cooperation with the UN refugee agency (UNHCR) and the government of France.

Yesterday (3 September), 147 Syrian refugees accompanied by IOM staff flew safely from Beirut to Paris. This follows the safe arrival of 137 Syrian refugees to France on 27 August, or just over 50 families.

The two charter flights mark the resumption of resettlement movements from Lebanon under a programme funded by the French Ministry of Interior. Resettlement flights had been put on hold temporarily in March due to the COVID-19 pandemic.

“After many months of uncertainty, we are very pleased to see the successful resumption of resettlement activities,” said Sara Abbas, Head of IOM’s Office in France. “The fact that these two movements were carried out in these challenging times is a tribute to the engagement and coordination of all parties involved, both in France and in Lebanon.”

Added IOM Lebanon's Head of Office, Fawzi Alzioud: “These resettlement flights took place only a few weeks after the horrific blasts that shook Beirut, and which profoundly impacted many refugees including some of those recently resettled to France. This highlights the resilience and commitment of humanitarian staff who have continued to successfully carry out their work even in the midst of this disaster.”

In addition to the flight, IOM in Lebanon helped prepare the refugees’ early integration with pre-departure orientation sessions, organized in line with physical distancing measures, as well as medical examinations and subsequent care and additional logistical support.

The newly resettled refugees were welcomed by French NGOs and are being accommodated in different regions around the country. Social workers will support settlement into their new environment throughout the first year with housing. They will also help the refugees access rights and medical care, while acquiring the tools for successful integration in France.

Resettlement remains a life-saving tool for many refugees. The temporary hold on resettlement travel—necessitated by disruptions and restrictions to international air travel caused by the COVID-19 pandemic—delayed departures of some 10,000 refugees to resettlement countries.

Throughout this period, IOM, UNHCR and partners continued to process and counsel refugees and resettled scores of emergency and urgent cases.