Rohingya Crisis: One Year On 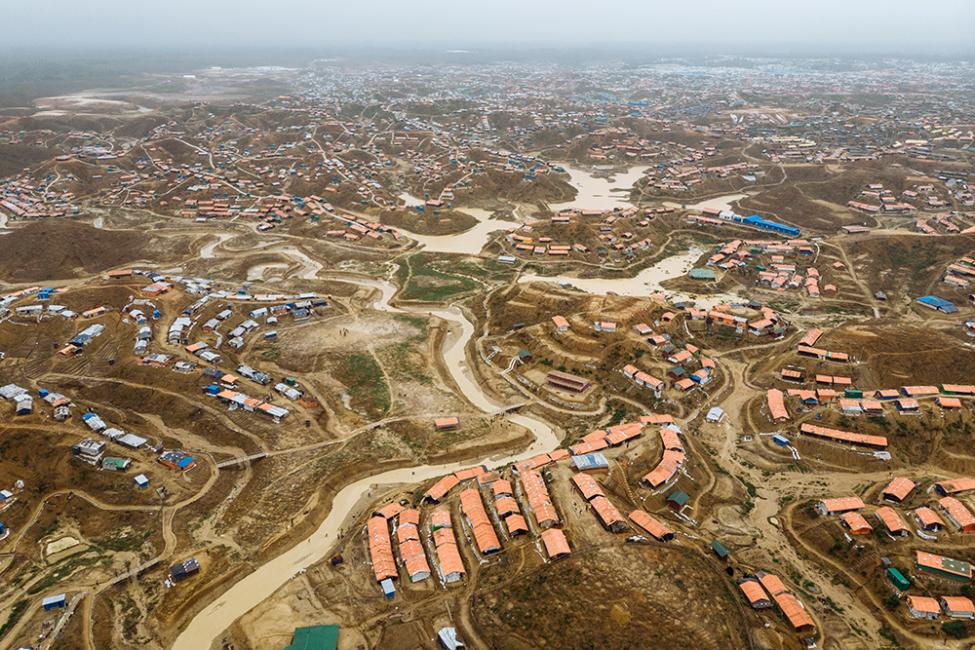 Aid agencies have only received a third of the USD 951 million needed to support nearly a million Rohingya refugees in Bangladesh through year end. Photo: Muse Mohammed / IOM 2018 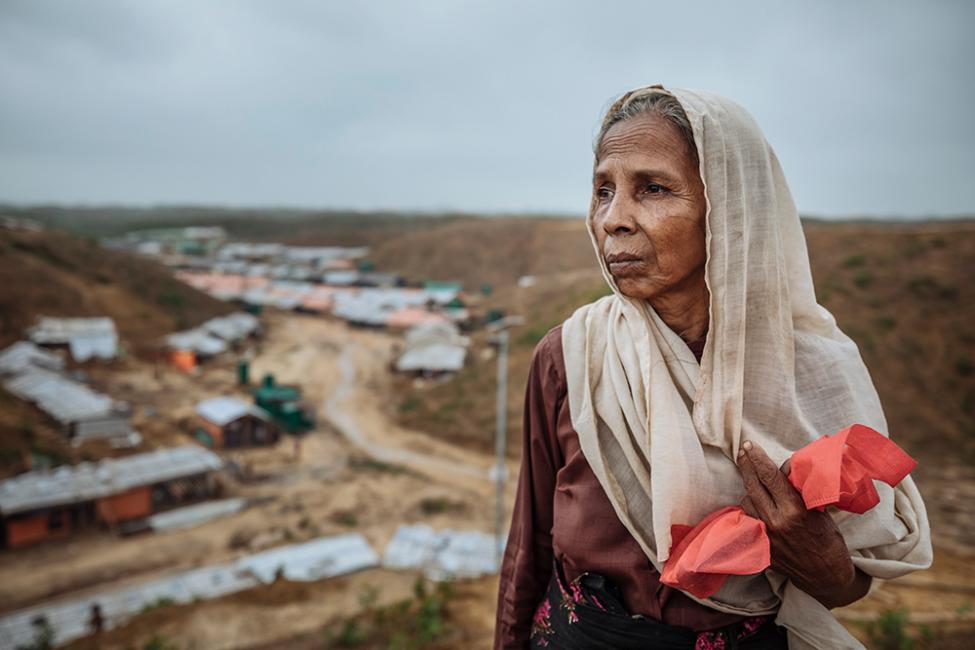 An elderly Rohingya women looks out over new shelters in the Kutupalong megacamp - the biggest refugee settlement in the world. Photo: Muse Mohammed / IOM 2018

Cox’s Bazar – One year into a crisis that has seen over 700,000 refugees escape violence in Myanmar by fleeing into Bangladesh, the Rohingya once more stand on the verge of another disaster if more funding for the humanitarian response cannot be secured.

The immense efforts of the UN Migration Agency (IOM) and its partners to support the Government of Bangladesh in the humanitarian response since the influx began a year ago are evident across what has become the largest refugee settlement in the world.

Almost a million Rohingya now live in Cox’s Bazar. From the early days of the crisis when thousands were crossing the border daily, sleeping under open skies, many injured and on the brink of starvation, conditions on the ground have improved immeasurably. All the refugees now have access to basic shelter, food and healthcare.

Intensive cooperative efforts to avert landslides – including work to prevent soil erosion, preparing ground to make it flatter and safer, emergency response planning, awareness raising and the relocation of more than 24,000 people most at risk – mean major tragedies have so far been avoided in the camps, despite the dangerous topography and extreme weather conditions.

But that does not mean danger has passed. Another cyclone season looms at the end of September and severe funding shortages threaten the delivery of vital services.

“The achievements of the past year have been remarkable,” said Giorgi Gigauri, IOM’s Chief of Mission in Bangladesh. “This was the fastest growing refugee crisis in the world and the challenges have been immense. Countless lives have been saved thanks to the generosity of the Government of Bangladesh, the local community and donors, and the hard work of all those involved in the humanitarian response. But we now face the very real threat that if more funding is not urgently secured, lives will once again be at risk.”

Over 212,000 families – almost the entire refugee population – have now received shelter upgrade materials, with IOM providing shelter assistance to over 120,000 households.  Work is also ongoing to increase access to clean water and improve sanitation. IOM Water Sanitation and Hygiene (WASH) teams have completed over 330 deep tube wells in the camps, with dozens more currently being installed.

Protection services are integral part of IOM’s response and over 23,000 extremely vulnerable people with protection needs have been identified since the crisis began. As lead agency in the fight against human trafficking in the camps, IOM is working with authorities and communities to tackle this growing threat to the refugee population.

Meeting the needs of the host community, which has also been impacted by the crisis, has also been central to the response. IOM is working with partner agencies on a range of longer-term initiatives to address environmental damage through alternative fuel provision, as well as reforestation projects that can provide work opportunities. Local farmers are being supported with machinery and seeds to help boost food production.

But as of now, the overall humanitarian response has just one third of the funding that it needs to see it through the end of the year.

“IOM medical staff this month logged half a million consultations since this crisis began. That shows you the level of need we are facing. But the stark reality is that without more support, such services are under threat,” said Gigauri.

“That will not just impact on those who need immediate medical treatment, but also on public health measures such as vaccination and outreach, without which the risk of large scale disease outbreaks will increase dramatically. Meanwhile, maintaining drainage and emptying latrines costs money. Without this we will see overflows leading to water contamination and the spread of disease.”

Gigauri stressed that in a humanitarian response of this scale, restrictions or cut backs to any one service would have a knock-on impact on the wider response.

“We must not underestimate the dangers the Rohingya refugees still face. One year on from the start of the crisis, they must not be forgotten,” he said. “These people have survived almost unimaginable suffering. The international community must not now turn its back and allow the Rohingya to be plunged into yet another tragedy.”