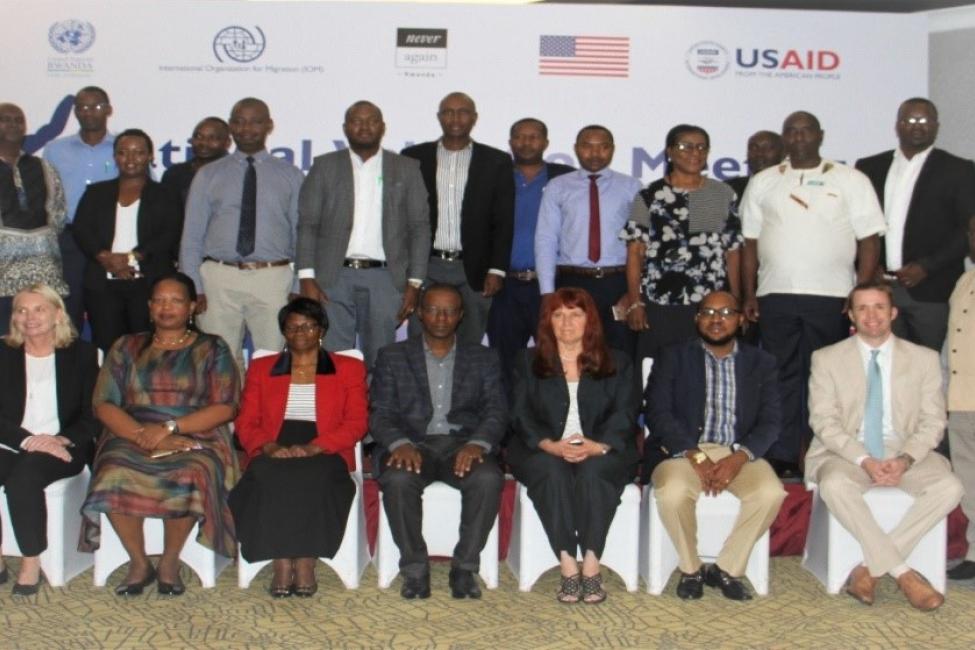 Kigali - The International Organization for Migration (IOM), in collaboration with the Government of Rwanda, organized a national meeting (19/7) to validate research findings on “Understanding Human Trafficking in Rwanda: Causes, Effects, and Impact.”

The research, the first of its kind in the country, was conducted by Never Again Rwanda, a local NGO, and funded by United States Agency for International Development.

It was aimed at determining the scope of human trafficking in Rwanda, as well as its characteristics and associated factors, to formulate evidence-based recommendations to strengthen response to at the local and national level.

The key findings show that Rwanda is a transit country, and to a lesser extend a country of origin. The majority of intercepted victims were female (77.67%) and the most commons forms of human trafficking in Rwanda were identified to be labour and sex trafficking.  The research further revealed that Saudi Arabia is the most frequent destination (38.55%), followed closely by Uganda (37.35%) and Kenya (7.23%).

The Government of Rwanda has made significant achievements in combatting trafficking in the country; including passing a new law in 2018, training government officers and conducting awareness raising events.

Still, the research highlighted some remaining key challenges. These include scarce resources, inadequate victim testimonies and a lack of cooperation mechanisms with other countries. In addition, research findings show that service providers reported challenges related to identification. Assistance to victims is often short term due to lack of shelters. Male victims are often neglected too.

The research report will serve as a baseline for informed and evidenced based programming in the future.

IOM continues to actively support the Government of Rwanda in all its migration related efforts.