Towards the Sustainable Reintegration of Returned Migrants: Cash for Work Activities in Guinea Bissau 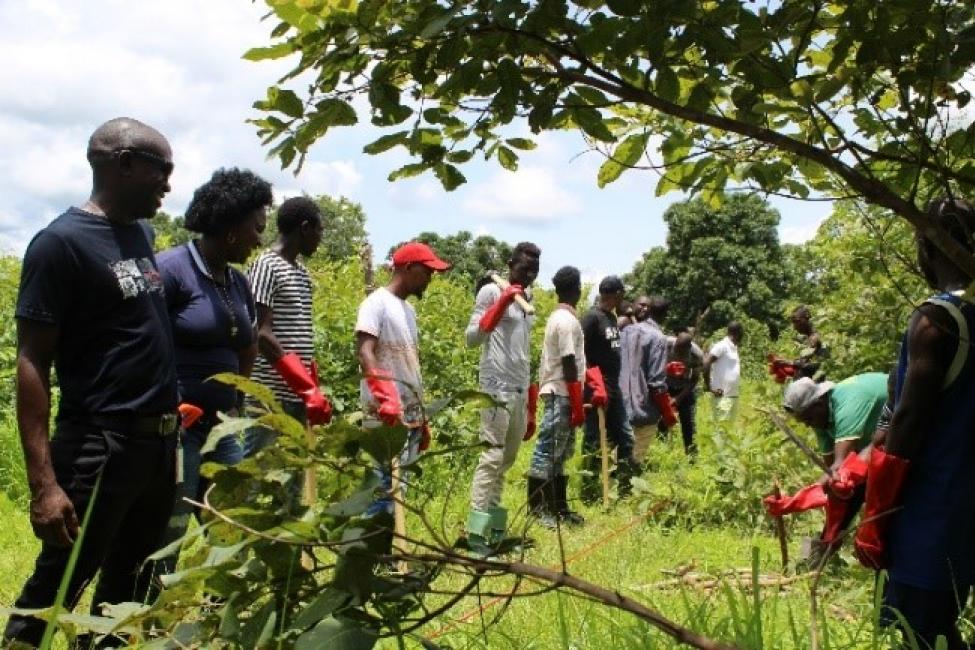 Bissau — Soil erosion is but one of many environmental threats that dramatically impact the rural economy in Guinea-Bissau. It’s part of a range of push factors behind internal and external migration in the impoverished West African nation.

Guinea-Bissau is a country of origin for many young people who are looking for better livelihood opportunities abroad. But it is also a country of destination and of transit of many migrants from West and Central Africa. According to authorities, there were more than 70,000 immigrants from the Economic Community of West African States (ECOWAS) countries residing in Guinea Bissau in 2018.

Reforestation is one way to fight erosion and, not incidentally, a method of disrupting the displacement of poor farmers who might otherwise seek new livelihoods in African cities, or abroad.

The reforestation of Guinea-Bissau’s eastern Gabu region is part of cash-for-work activities, the first steps towards the sustainable reintegration for some 529 returned migrants, funded by the EU-IOM Joint Initiative for migrant protection and reintegration.

Last month, 25 returned migrants and 15 community members participated in a reforestation activity in Gabu. Two hundred trees of five different species were planted in four days on over 13,000 square meters of a region suffering severe deforestation. The region is also known as one of the nation’s principal migration-prone areas.

“Cash for work benefits both returned migrants and communities. The programmes provide them with cash support during the crucial transition period between their return and reintegration, while contributing to the development of their communities of return,” said Laura Amadori, Chief of Mission of the International Organization for Migration (IOM) in Guinea-Bissau.

“These activities often, in turn, facilitate their social reinsertion,” she added, explaining that by involving communities in the activities, tension between returnees and local population may be averted because such projects benefit all.

Since March 2019, 125 returned migrants and 76 community members have participated in sanitation and reforestation activities in Gabu. The returned migrants are part of the 529 Bissauans stranded in Niger and Libya assisted with voluntary return by IOM since May 2017.

In December 2018, the Republic of Guinea-Bissau joined more than 150 UN Member States in signing the Global Compact for Migration (GCM), the world’s first agreement for a comprehensive approach to human mobility and enhanced cooperation at the global level.

On 26-27 September, IOM supported the Government of Guinea Bissau in the development of the country’s Global Compact for Migration Action Plan. One hundred and fifty-five government, civil society, development officials and academics participated in the two-day workshop event and reflected on the priorities of the GCM for Guinea-Bissau.

Implementing the GCM in Guinea-Bissau will contribute to improving the governance of migrations in Guinea-Bissau, both internal and external through negotiations with Community of Portuguese Language Countries (CPLP) states to facilitate the mobility of Guinea-Bissau citizens and the development of a national migration policy.