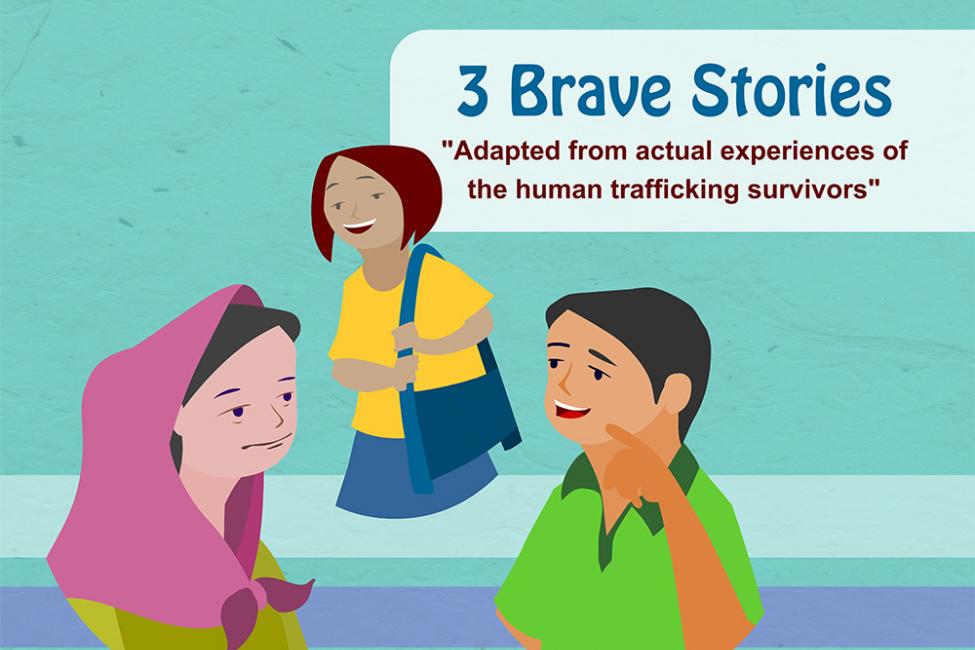 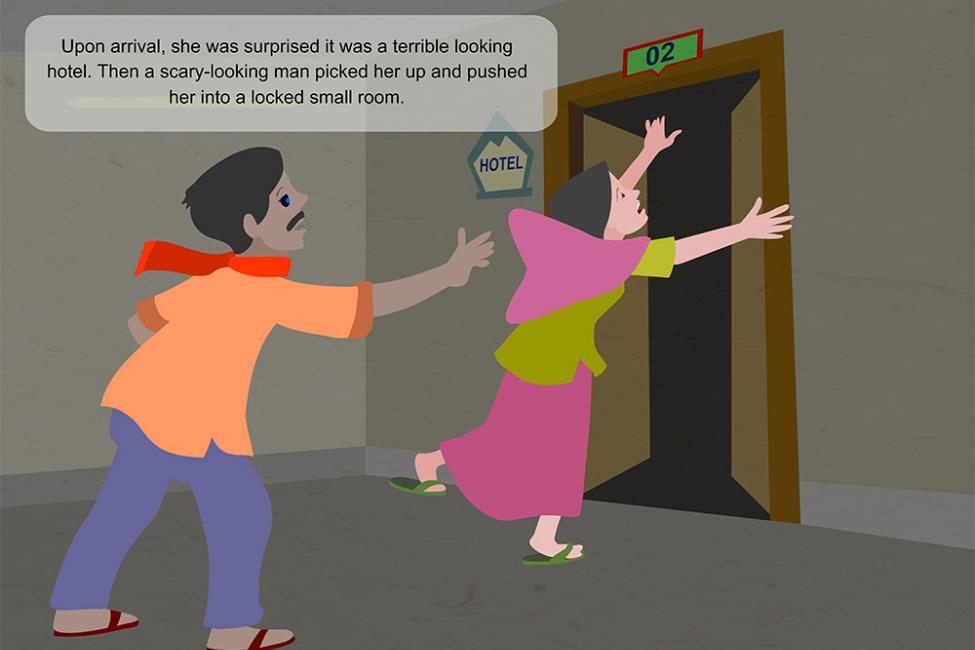 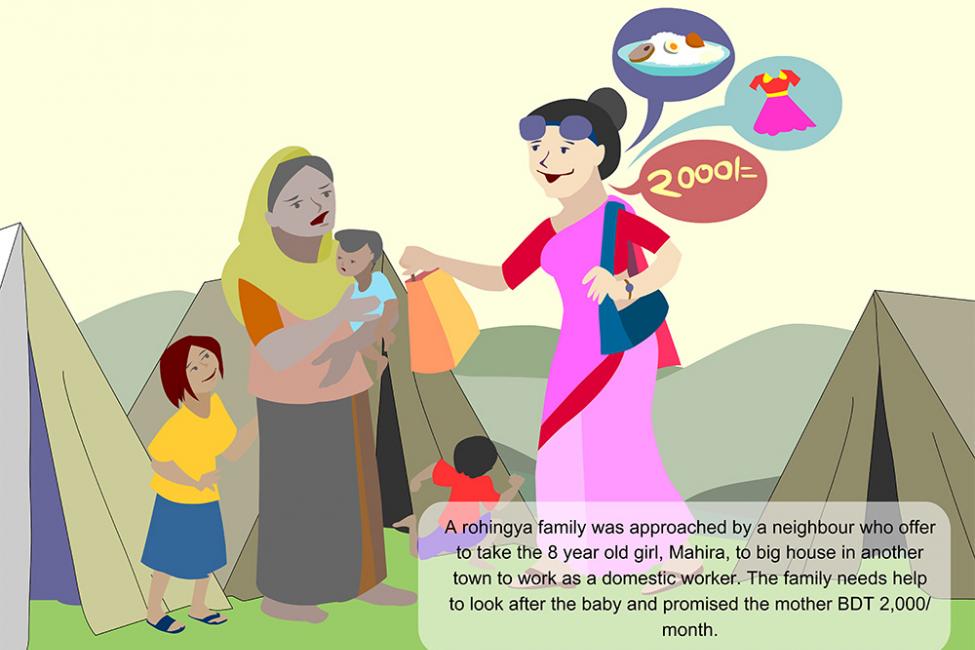 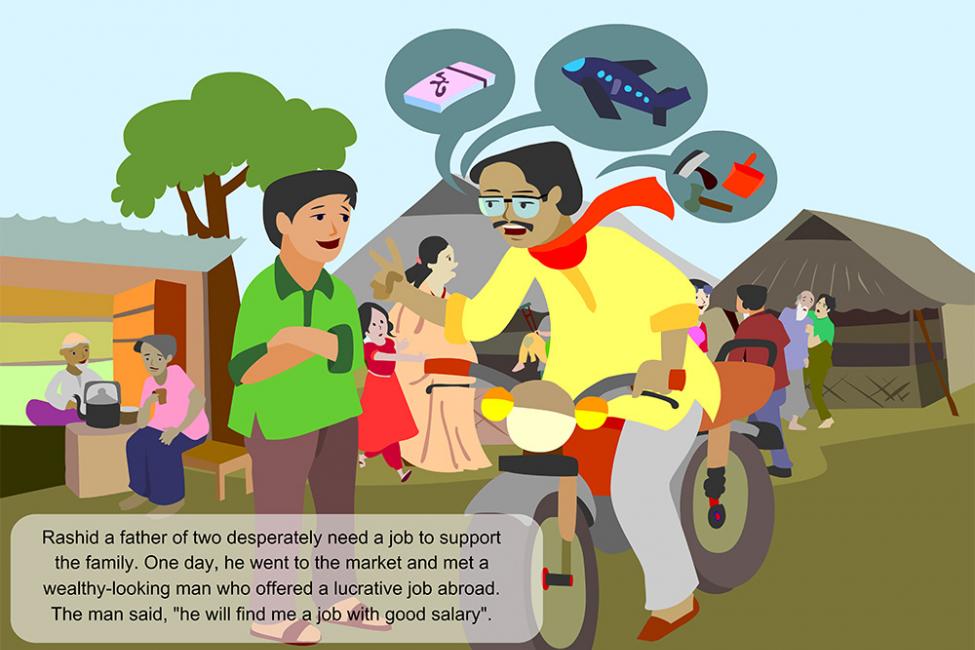 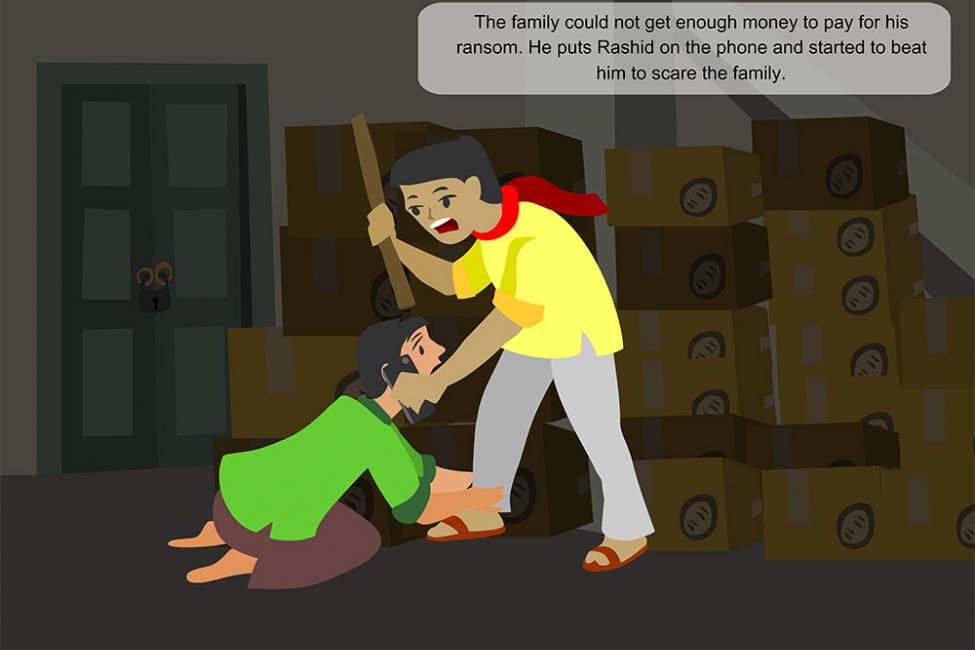 Cox's Bazar – IOM, the UN Migration Agency, has launched a series of new comic books, which tell the true-life stories of Rohingya refugees who have fallen victim to human trafficking, to raise awareness among those vulnerable to the crime in South Bangladesh.

In late August 2017, violence in Myanmar sparked an exodus that forced over 700,000 Rohingya refugees to flee their homeland in Myanmar to Bangladesh. The border area of Cox’s Bazar where they now live was already the target of human traffickers even before hundreds of thousands of refugees arrived in just a few months.

Without access to proper livelihood opportunities in Myanmar or Bangladesh, and the majority of the population stateless due to long-standing ethnic discrimination in Myanmar which denies them the right to travel legitimately to other countries, Rohingya refugees are extremely vulnerable to exploitation. While the nature of the crime means it is clandestine and it is impossible to know the exact number of Rohingya refugees directly affected by trafficking, a large section of the almost one million refugee population are potential targets, as are the communities hosting them.

Mahira*, eight years old, was encouraged by a neighbour and her family in a Rohingya refugee camp to go and work, taking care of a baby in a nearby town. When she got there the little girl found herself cut off from her family, working from early morning to late at night and brutally beaten whenever the baby cried.

Mariam*, a young Rohingya woman, thought the opportunity to leave the refugee camp where she lived to take up work as a hotel maid in a beach resort would lift her family out of destitution. Instead, she was tricked and found herself living in a brothel. The “kind aunty”, who found her the job, had sold her into forced prostitution.

Rashid*, a Rohingya father of two, thought he was leaving the refugee camp for a good job in another country. Abroad in an unknown land, he was imprisoned in a storage container and brutally beaten within earshot of a telephone call to his family, who were blackmailed to pay a ransom for him.

These three real-life stories of Rohingya refugees have been adapted by IOM into cartoon form to help teach the refugee and host communities in Cox's Bazar about the very real dangers of human trafficking.

More than 76 victims of trafficking have now directly received assistance from IOM protection staff.  However, this nowhere near reflects the scale of the problem on the ground.

The vast majority of those who fall into traffickers’ hands do not return. But even if they do manage to return home to their families, for some survivors – particularly those who have escaped the sex industry – bearing the shame and stigma associated with their experience means they never report what happened to them. While concerns about refugee women and girls being trafficked into the sex industry are a key focus for IOM, experts say that trafficking can take many forms.

“As these stories based on true experiences show, trafficking affects everyone, not only women and children, but men too," said Dina Parmer, Head of Protection at IOM Cox’s Bazar. "Targets might be approached in many different ways. Traffickers often use vulnerability factors to take advantage of them. That’s why it is so important to raise awareness among the refugee and host communities on the different forms of trafficking and how to identify potentially dangerous situations early on,” she added.

As a lead agency in trafficking prevention across the globe, IOM protection staff have experience in tackling trafficking risks in a wide variety of settings. However, the sudden surge of refugees from Myanmar into Bangladesh created particular challenges. Due to the fact that Rohingya is a language that relies on oral rather than written communication, an innovative solution was needed to help explain risks in a community where text based messaging is not possible.

“These comics are simple, but clear. They are designed to be used by community outreach volunteers in order to explain the risks of trafficking and how to avoid them to community members in language that can be understood by everyone,” said Parmer.

An initial run of 550 comic books has been produced and at least 250 community outreach volunteers from IOM and partners will use them to help spread awareness of trafficking risks.

“This comic is very compelling and easy to understand. It will be accompanied by oral storytelling followed by a discussion led by the community outreach volunteers. It will make the session more attractive; hopefully they will get the message and mitigate the risk of trafficking,” said trainer Jishu Barua of IOM’s counter-trafficking partner organization, Young Power in Social Action (YPSA).