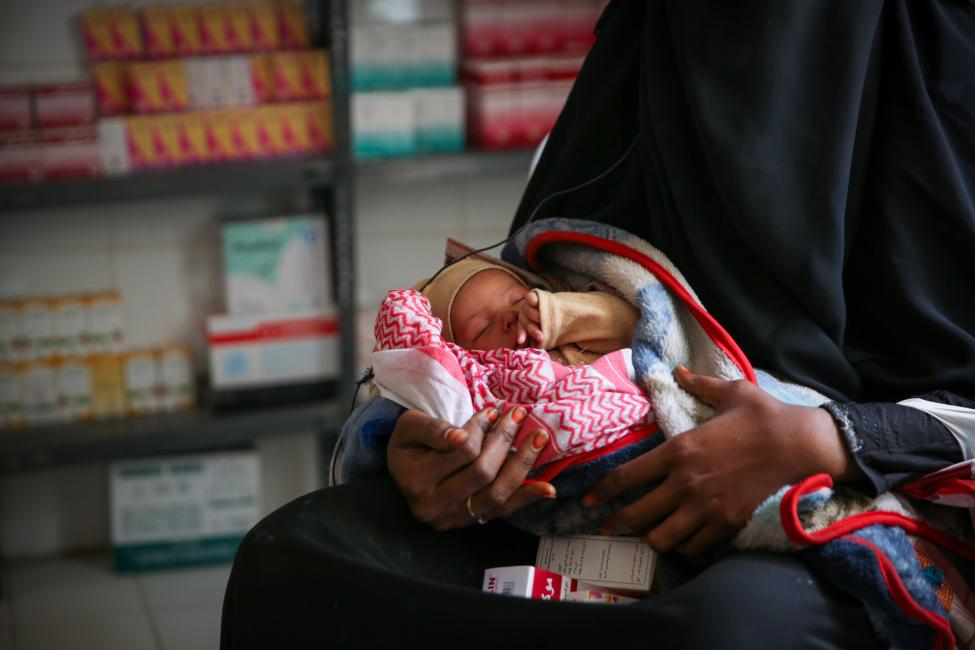 Around 26 per cent of the more than 156,000 people newly displaced this year, in the areas where the International Organization for Migration (IOM) has access, cited food as their main need. This is the second most cited need after shelter and housing, which 65 per cent of people reported as their main need. In areas where there are higher levels of displacement, like Al Hudaydah, Taizz, Al Dhale’e and Marib, higher levels of food needs have also been reported.

“Displaced Yemenis leave their homes with nothing and often find themselves seeking safety in locations where there are no job opportunities and barely enough services, including health care,” said Christa Rottensteiner, IOM Chief of Mission for Yemen.

“This can leave vulnerable people without enough food to feed their families. Given that UN partners are reporting that acute malnutrition rates among children under five are the highest ever recorded in parts of Yemen, we are extremely worried about children in displaced families.”

The situation in Marib is particularly concerning given that an escalation in hostilities has displaced over 90,000 people to the city and caused a drastic shortage of services. Displaced people in Marib report food to be one of their most urgent needs. Of the displacement sites assessed by IOM in October, some reported that food shortages were a major concern for approximately 50 per cent of their residents.

In response to food insecurity, the emergency aid kits distributed under the Rapid Response Mechanism by IOM to newly displaced families include emergency food rations. IOM also carries out livelihood support activities for displaced communities to help them generate income. Most recently the Organization supported displaced women in making face masks which help their community combat the spread of COVID-19.

IOM also operates a health centre in Al Jufainah Camp, Yemen’s largest displacement site, and multiple mobile health clinics. In addition to providing primary health care services to over 55 per cent of displaced people in Marib, IOM’s mobile health clinics provide community level access to malnutrition screening for children under the age of five and referral for treatment, in coordination with UNICEF. Given the high demand for such nutritional support, early intervention is vital to reducing avoidable morbidity and mortality among displaced children.