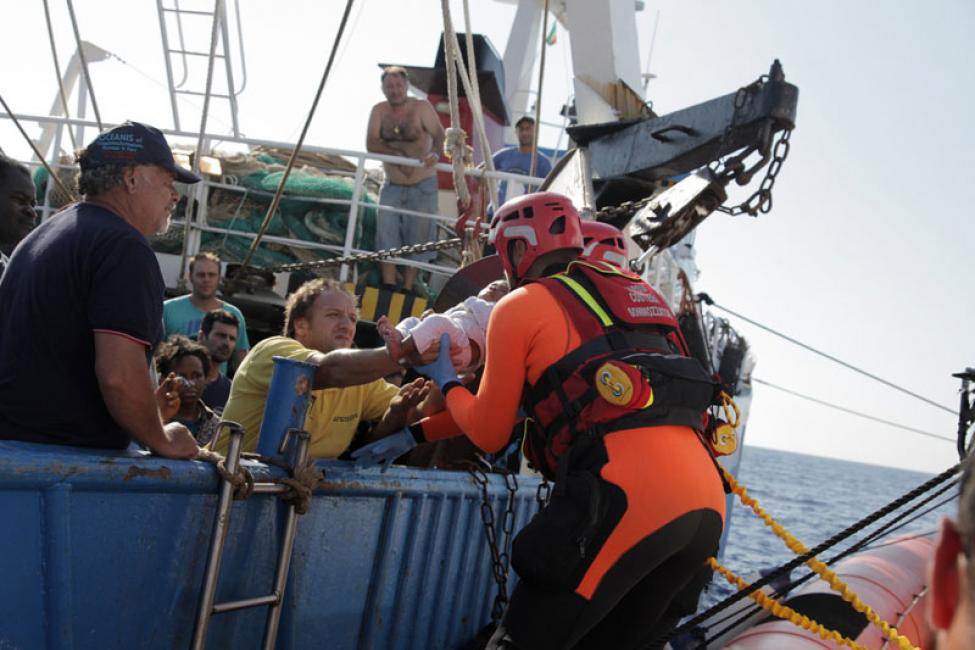 Switzerland - Ahead of this week’s informal meeting of EU Justice and Home Affairs ministers, the UN Migration Agency (IOM) urges European Union (EU) Member States to reinvigorate cooperation in the shared interest of saving more lives in the Mediterranean, and to help Member States on the EU’s southern border to receive, assist and accommodate people rescued at sea.

“Starting with Mare Nostrum, Italy has consistently shown its will and determination to deploy the means and capacities to save lives and handle the hundreds of thousands of people arriving at its shores over the past several years across the Mediterranean, and in the process, have saved several hundred thousands of lives,” said IOM Director General, William Lacy Swing.

“The reception of rescued migrants cannot be seen as an issue only for Italy, but a matter for Europe as a whole,” he added.

Eugenio Ambrosi, IOM Regional Director for the EU in Brussels, said that the absolute priority in the event of interception at sea is the swift disembarkation of those rescued to a “place of safety” according to applicable international law, to save and preserve lives.

“States must organize this solidarity before, during and after disembarkation – this is the overriding concern in respecting the rule of law – and to save lives, while preserving the interests of host communities as well,” he said.

IOM also recognizes and commends the tireless lifesaving work of the NGOs performing rescue at sea which accounted for up to 40 per cent of the rescues in the Central Mediterranean last year. IOM therefore stresses that they should be able to continue work unimpeded, in accordance with international and maritime law. Any changes should be well coordinated so as not to affect their ability to carry out rescue work in the absence of more robust EU-coordinated rescue at sea operations and mandates.

IOM reiterates that the EU cannot continue to deal with the situation in a ‘crisis’ mode, and sees no alternative to tackling the larger structural issues with greater priority, longer-term measures and intensified cooperation from Europe as a whole.

Nearly 12,000 migrants have been rescued and brought to Italy since 24 June alone; however, the IOM office in Rome reports that this is not the first time this number of arrivals has been registered in a short period of time.

As of 3 July, 85,183 migrants had been rescued in 2017. Arrivals to Italy are up around 19 per cent over last year, but in line with a generally stable trend over the last few years.

Migrant fatalities in the Mediterranean are estimated to be at least 2,247 so far this year, well on the way to match last year’s record number of deaths, which exceeded 5,000 men, women and children.

To date, 7,354 people have been relocated to other EU Member States from Italy under the EU Relocation Programme.