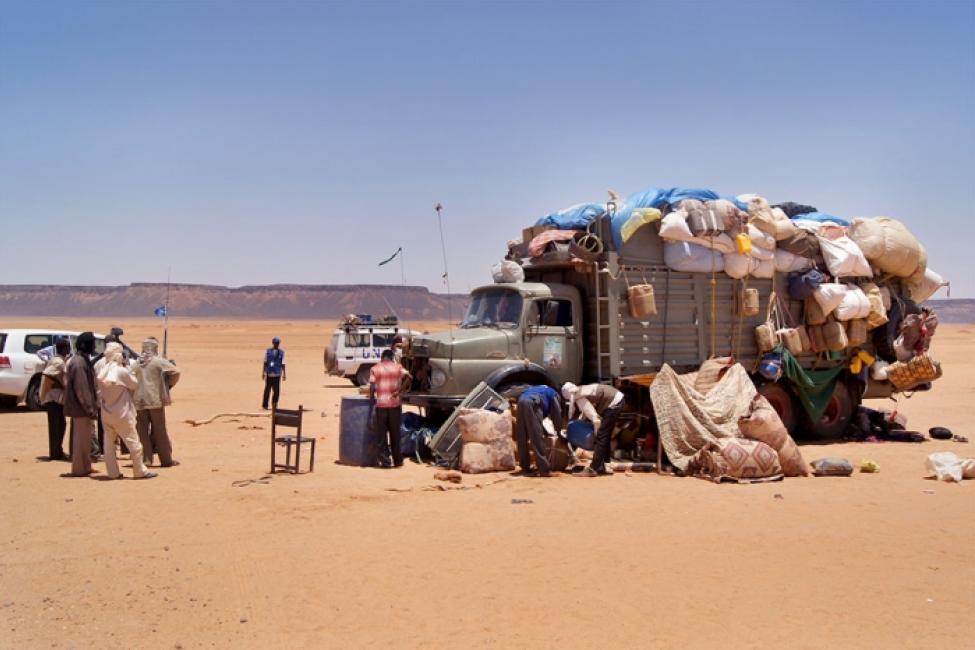 N’Djamena – Last Sunday (01/07), 20 Sub-Saharan migrants, including eight potential victims of trafficking, were reportedly stranded in Faya, in Northern Chad. The town of Faya is located on one of the main migration routes in Northern Chad, where the Chadian authorities have repeatedly identified and referred victims of trafficking (VoTs) to IOM, the UN Migration Agency.

IOM in Chad is actively working with the government to bring these vulnerable migrants to N’Djamena for screening and assistance, but resources are needed to ensure that the appropriate medical, psycho-social and voluntary return assistance is provided.

“We know of 395 migrants throughout the three northernmost regions between Niger and Sudan bordering Libya, and of over hundred migrants stranded in N’Djamena, 45 of whom have been counselled and are ready to return to their countries of origin, financial support permitting,” said Anne Kathrin Schaefer, IOM Chief of Mission in Chad. “Migrants are also stranded in and around the Lake Chad area, after they fled the Boko Haram violence from Nigeria. They are now blocked in IDP sites in the lake region. While IOM Chad is ready to support them, our means and resources are extremely limited and we cannot cope with the increasing demands for humanitarian assistance.”

IOM is appealing for at least USD 2.1 million to meet the urgent needs of the migrants stranded and transiting through Chad over the next 24 months. This funding will be directed towards:

The flow of migrants through Chad has increased the pressure on local actors and international agencies like IOM, which do not have the adequate means to efficiently manage migration flows towards North Africa and provide much needed humanitarian assistance to vulnerable people along migration routes.

With funding from the EU Trust Fund for Africa, three Flow Monitoring Points (FMP) were put in place by IOM teams in Zouarke, Kalait and Faya to monitor the movement of migrants through Chad – an average of 428 movements per day. The Tibesti Region in northern Chad, at the border with Libya, in particular continues to attract sub-Saharan workers due to the presence of gold mines throughout the border triangle area in Niger, Libya and Chad, considered by some people as an opportunity to make some money before continuing their journey to Libya. Victims of trafficking were reported by the local authorities who indicated that some of the people transported by traffickers were forced to work in the mines to fully reimburse transportation and “placement” fees.

Last April, 56 Chadians – including 17 unaccompanied children – were rescued from traffickers by police forces at the Libyan border and assisted by IOM. IOM Chad provided emergency assistance with the financial support of the US Department of State's Bureau of Population, Refugees, and Migration (PRM) but additional funds have to be mobilized to ensure that migrants in Chad are provided with adequate assistance, including psychosocial counselling and voluntary return assistance.

*Names have been changed.