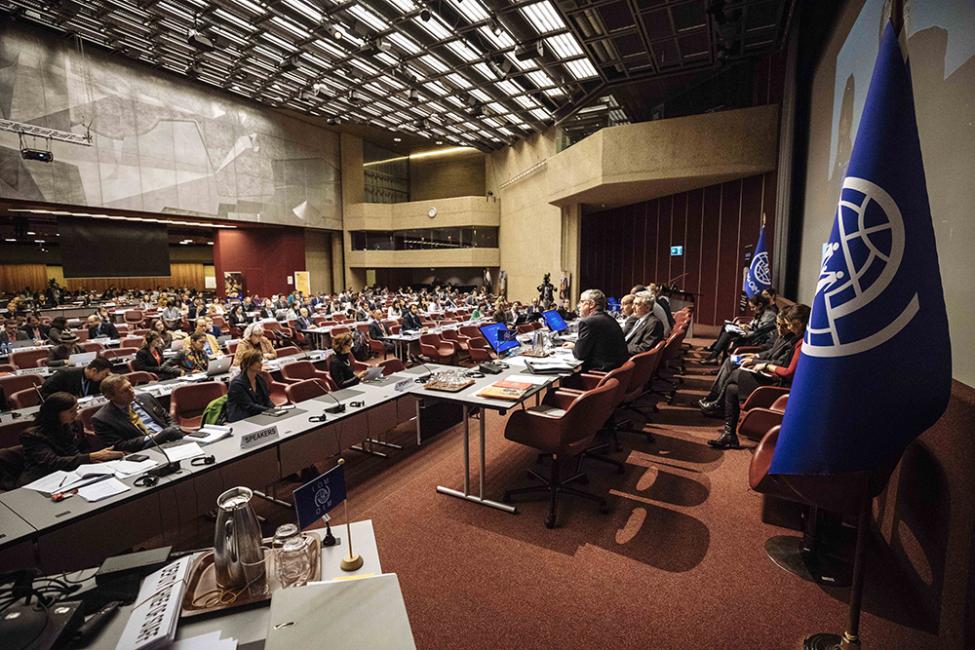 Geneva – IOM Director General António Vitorino this week (27-30/11) addressed a gathering of the Organization’s member 173 states and welcomed IOM’s newest member – Uzbekistan – while presiding over a range of panels and programmes at his first IOM Council Session since assuming his position at the beginning of October.

“Size alone does not determine the strength of an organization,” DG Vitorino explained in his welcoming remarks to the Council. “It is the commitment and skills of its staff that has enabled IOM to respond to complex emergencies, to provide advice to governments on diverse issues, and to thereby help to foster greater space for common ground.”

He spoke on the upcoming programme in Marrakesh, Morocco, where IOM states will discuss adoption of the Global Compact for Safe, Orderly and Regular Migration.

“The process of negotiating the Global Compact has been a milestone for States, coming together to find compromise on an issue that divides more frequently than it unites,” IOM’s Director General said, emphasizing the Global Compact “will be a guiding influence on those States that have chosen to endorse it as a voluntary, non-legally binding platform for cooperation.”

Venezuela, Yemen and the Rohingya emergency impacting Myanmar and its neighbour, Bangladesh, were each addressed during the four-day session.

DG Vitorino described the situation in Libya as “fiendishly complex,” calling it a source of deep concern and distress, “particularly regarding the significant number of migrants and refugees still held in detention” in Libya. He pointed out that already in 2018 IOM has provided voluntary humanitarian return to 15,000 migrants there to countries like Mali, Niger and Nigeria.

He also raised the broader challenges of maritime migration across the Mediterranean, and the political response to mixed migration within the European Union. “IOM must work with all States to reduce uncertainty and suffering among the migrant population,” he concluded, “while recognizing that these are symptoms of a deeper vacuum of governance that urgently needs to be addressed.”

DG Vitorino opened the session by emphasizing that while dealing with internal displacement is a sovereign national responsibility, states should exercise political leadership regarding the severe plight facing the world’s 40 million people internally displaced by conflict and tens of millions more displaced by climate-related disasters.

Similarly, UN High Commissioner for Refugees, Filippo Grandi noted that “while we are at a moment of crisis, we also find ourselves with renewed opportunity for deeper commitments” as the international community marks the 20th anniversary of the Guiding Principles on Internal Displacement.

Panelists collectively called on governments and humanitarian agencies to scale up humanitarian assistance and protection for IDPs, and to invest in more comprehensive responses to meet the development, peacebuilding and environmental dimensions of internal displacement, including disaster risk reduction and mitigating the impacts of climate change among other forms of prevention.

The panel ended with a trailer of IOM’s Holding On virtual reality exhibition on internal displacement.

The Network on Migration was established to secure effective, timely and coordinated system-wide support to Member States in ensuring the implementation, follow-up and review of the Global Compact for Migration and in other migration-related issues. IOM was designated as the network’s coordinator and secretariat by UN Secretary General António Guterres.