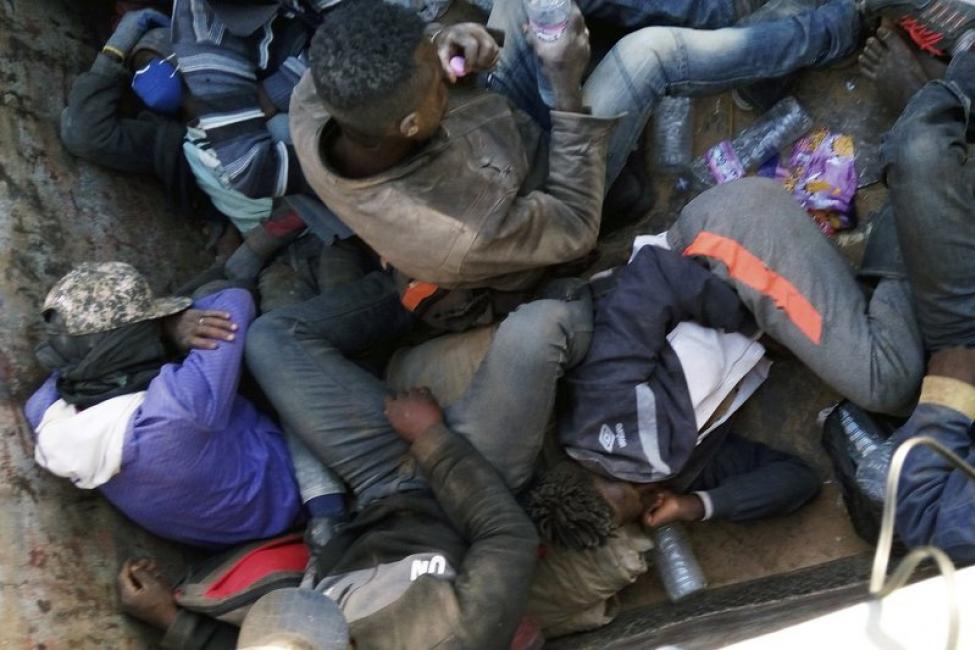 Geneva – William Lacy Swing, Director General of  IOM, the UN Migration Agency, said today that he was ”greatly concerned”  for the fate of migrants who find themselves stranded and left to fend for themselves in the no man’s land desert between Algeria and Niger.

“Irregular migrants, including many pregnant women and minors, should not be left without food or water or expected to walk  for miles in blistering 30-degree temperatures to seek safety in the desert,” he said.

Media reports describe how thousands of migrants have made their way across a barren 15-kilometer (9-mile) stretch of desert between Algeria and Niger to the settlement of  Assamaka. IOM routinely sends search and rescue missions to pick up severely dehydrated and disoriented migrants who have been looking for shelter for days at a time. There are also credible reports of migrants dying in the desert after losing their way or succumbing to heat and exhaustion.

IOM officials in the remote desert outpost of Assamaka have described migrants emerging from the desert in the thousands. When every new group arrives, IOM organizes search and rescue missions to assist the vulnerable. Once in the border town IOM sends busses to those who wish to return home voluntarily. But the challenge is growing, as the number of migrants emerging after an arduous trek across the desert grows.

“Managed migration is the only answer,” said Ambassador Swing. “It comes down to ensuring that migrants everywhere are treated with dignity and in a way that is safe and orderly. These are the basics we ask of every country in the world.”

The number of migrants walking through the desert from Algeria to Niger is on the rise. In May 2017, 135 migrants were left at the border crossing and the number of crossings reached 2,888 in April 2018. IOM calculates that some 11,276 migrants, among them women and children have made it over the border.