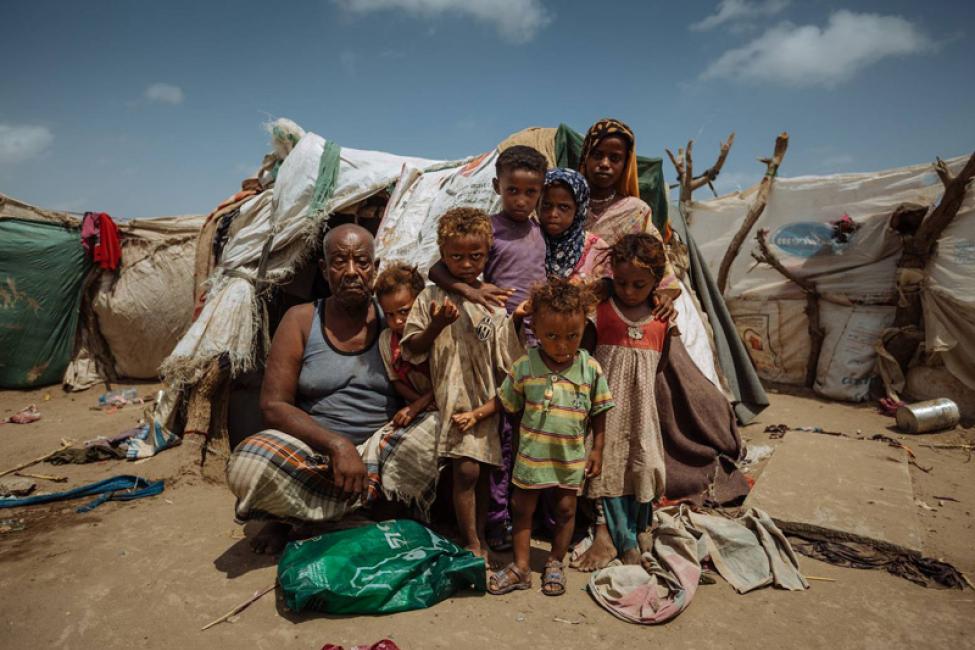 Quaid Mohammed shares a small makeshift shelter with several of his children in an IDP camp in the Lahij govenorate of Yemen. Photo: Muse Mohammed / IOM

Sana’a – Renewed clashes between rival forces at the end of last month have affected several parts of Yemen’s capital, Sana’a. In addition to the 234 casualties it caused, the brutal fighting triggered large-scale displacement to neighboring governorates.

In response to this sudden displacement, IOM, the UN Migration Agency immediately began providing humanitarian assistance to displaced people and people affected by the conflict using prepositioned stocks and its medical teams.

“It is very sad that due to clashes, we have to limit our assistance,” said Hazim Torlic, IOM Yemen Officer in Charge. “Even though this is when it is needed most.”

Since the start of the conflict in March 2015, IOM has reached 219,804 displaced people in 14 of Yemen’s 21 Governorates with similar humanitarian relief.

Despite the fierce clashes in the past two weeks, IOM has continued its humanitarian assistance operations in the Country, and nearly 25,480 people have been reached with support in Taizz, Ibb, Hajja and Amran Governorates.

In addition, IOM provides direct health assistance to approximately 12,000 vulnerable displaced people each month. This is achieved through the deployment of nine mobile health clinics and the provision of direct health support to 19 health facilities serving displaced communities across nine governorates.

This emergency response was made possible through the contributions from the Humanitarian Pooled Fund (HPF) and the Government of Germany. IOM is seeking additional funding to expand its operations to respond to the needs of the most vulnerable affected populations in Yemen.