UN Migration Agency to Select Next Director General on Friday 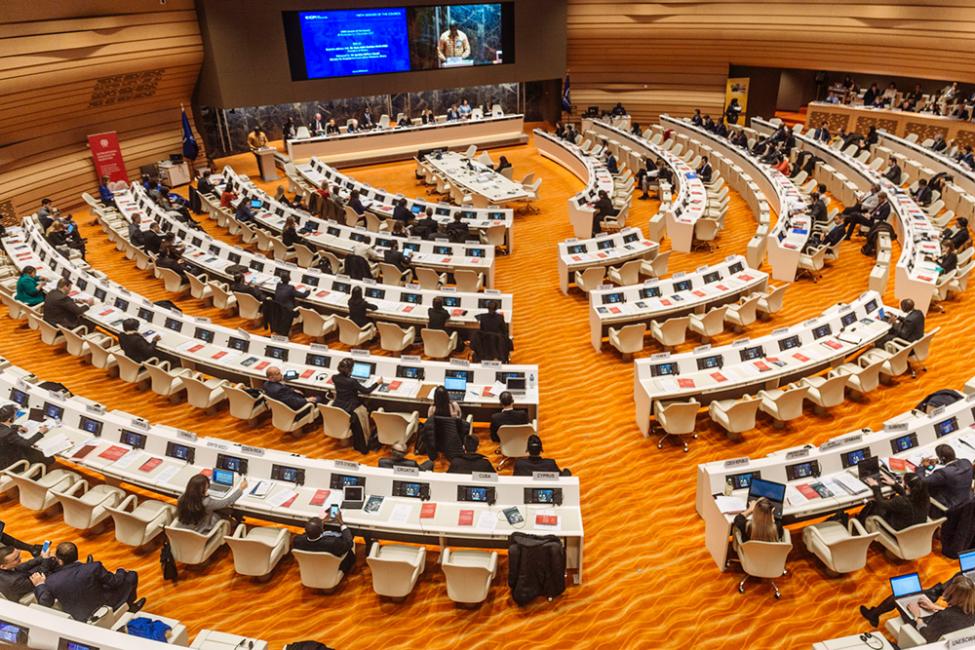 Geneva – On Friday, 29 June 2018, the Council of the International Organization for Migration (IOM), the United Nations Migration Agency, will convene in Geneva to hold a vote for the election of its next Director General.

IOM’s current Director General, William Lacy Swing, will be stepping down after completing the second of two five-year terms.

Voting is by secret ballot and will begin Friday morning. Under the rules of procedure, the winning candidate must receive at least two-thirds of all voting states’ ballots.

Established in 1951, IOM has over 10,000 staff and over 400 offices in more than 150 countries. IOM is the UN Migration Agency and is the leading inter-governmental organization in the field of migration. It is committed to the principle that humane and orderly migration benefits migrants and society.

IOM works with its partners in the international community to assist in meeting operational challenges of migration, advance understanding of migration issues, to encourage social and economic development through migration and to uphold the well-being and human rights of all migrants.

IOM provides services and advice to governments and migrants to help ensure the orderly and humane management of migration, to promote international cooperation on migration issues, to assist in the search for practical solutions to migration problems and to provide humanitarian assistance to migrants in need, including refugees and internally displaced people.

IOM was granted permanent observer status to the UN General Assembly in 1992. A cooperation agreement between IOM and the UN was signed in 1996. IOM joined the UN system as a related organization in September 2016, when the agreement outlined in GA res.70/296 (2016) was signed during the UN Summit for Refugees and Migrants.