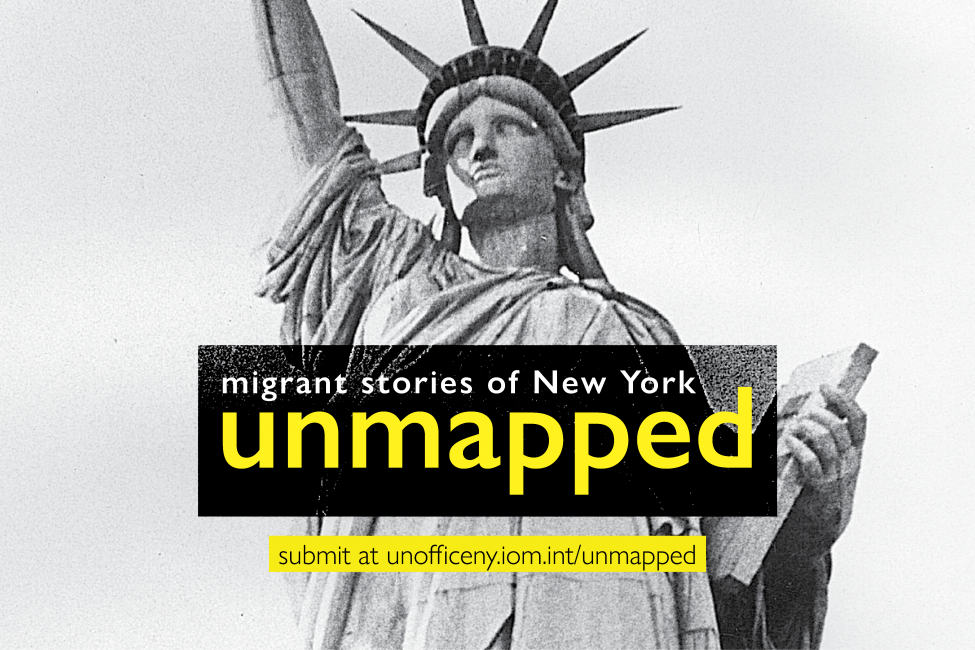 In its first year, unmapped is inviting writers of fiction and non-fiction living in New York to submit their unpublished original stories showcasing the experiences of migrants and migration in New York.

A port city transformed into the cultural centre of the world by travellers, New York City boasts the benefits of migration.

“We hope to receive stories that do not shy away from presenting life as it is experienced which, we hope, will promote more accurate, positive perceptions of migrants. To give a human face to a phenomenon that seems – quite literally – foreign, even though it has been part of all our lives, at one point or another,” said Ashraf El Nour, Director of the IOM Office to the UN.

“This year, in celebration of International Migrants’ Day, IOM and Fordham University hope to go one step further. To not only share migrants’ stories, but to provide a platform through which they can tell their own stories, in their own words,” he added.

The city’s diversity is unmatched with more than 8 million residents calling New York City home today. While New York, as well as many other metropolises around the world, is a great demonstration of the vibrant influence migrants can have in an urban centre, in the global political discourse, migrants and migration often get a lot of bad press.

“New York City is the capital of the world because it is a city of migrants, each of whom brings their talents, their strengths, their hope for a better society to their new home. Fordham University was founded by a migrant and still serves to empower migrants today,” said Brendan Cahill, Director of the International Institute of Humanitarian Affairs, Fordham University. “For this reason, the Institute is thrilled to partner with IOM on unmapped, creating a platform to disseminate those remarkable stories,” he added.

Despite this, negative and inaccurate stereotypes about migrants pervade the public consciousness, ignoring the potentially huge benefits of migration for all. Worse still, toxic narratives stir public fear about migration are the driving force behind government policies that seek to restrict, and sometimes criminalize, the normal human desire to pursue a better life, wherever that may be.

The unmapped project hopes to uncover insights into the migration journey from different perspectives, and to provide an opportunity for people of immigrant backgrounds to share their experiences and participate in a form of media often criticized for its lack of diversity. Selected entries will culminate in the publication of the first unmapped writing collection.

Entries can include creative non-fiction (essays, memoirs), short fiction or poetry about the lives and experiences of New York City’s migrants. There is no age limit.

For more information and how to submit entries, go to: https://unofficeny.iom.int/submissions