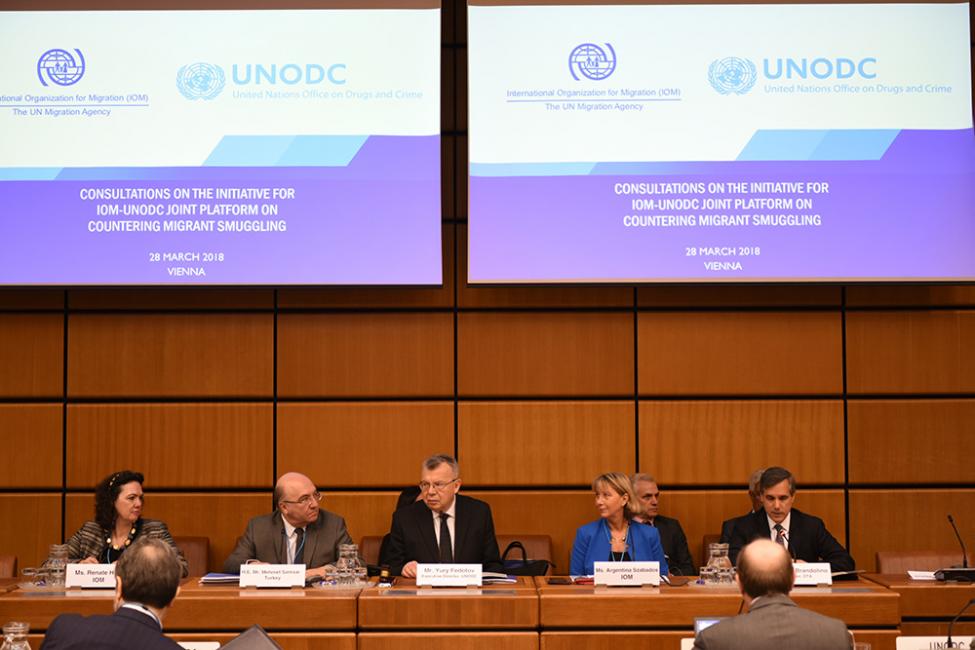 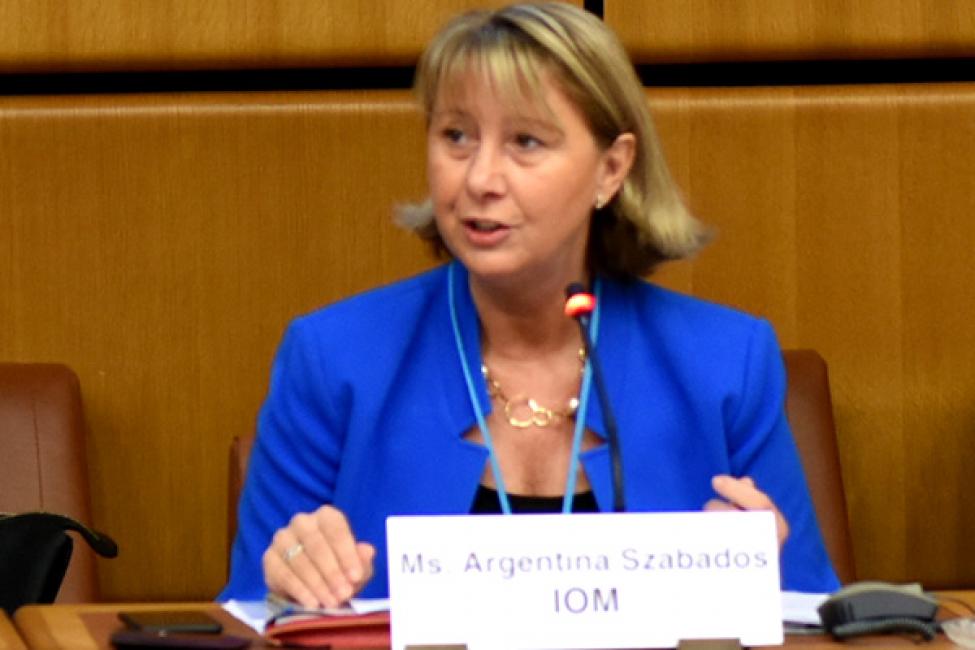 Opening the event, UNODC Executive Director Yury Fedotov said: “We must work together to deny criminals the means and opportunity, to protect the lives and safety of people, and end the impunity of smugglers.”

He welcomed this joint initiative to pool and leverage the expertise and experience of both organizations in the fight against migrant smuggling, saying: “UNODC is committed to expanding our work and exploring ways of bringing UN agencies together, including to ensure that criminal justice responses to migrant smuggling are part of holistic, multidisciplinary approaches”.

Argentina Szabados, Director of IOM’s Regional Office for South-Eastern Europe, Eastern Europe and Central Asia said: “As Ambassador Swing, our Director General has often stated, there is no lack of political will or legal protection for migrants, the gap is in implementation. The smuggling of migrants across borders is a transnational crime and requires transnational cooperation. We need action. Too many lives are being lost, and too much suffering is being endured.”

During these journeys, migrants face abuse and exploitation, inhumane treatment and sexual violence.

On a global level and through its regional and country offices IOM has contributed towards preventing and combatting migrant smuggling for many years. In 2016, it adopted a Comprehensive Approach to Counter Migrant Smuggling which defines four key pillars of work: protection and assistance; addressing the causes; enhancing States’ capacity to disrupt the activities of migrant smugglers; and promoting research and data collection

UNODC is the guardian of the United Nations Protocol against the Smuggling of Migrants under the Convention against Transnational Organized Crime.

Through global, regional and national programmes managed from Vienna and a network of field offices, UNODC is supporting States in countering migrant smuggling through legislative assistance and capacity building to investigate and prosecute smuggling-related offences as well as dismantle organized criminal groups, protect the rights of smuggled migrants and strengthen international cooperation.

UNODC has also produced a series of tools and policy papers, including the web-based Smuggling of Migrants Knowledge Portal, and has led public campaigns against migrant smuggling in different parts of the world. In 2018, UNODC will publish a Global Study on the Smuggling of Migrants.

The new IOM-UNODC initiative encourages the main stakeholders to join forces against the smuggling of migrants. This may include joint research; reinforcing Member States’ capacities - upon request - to dismantle criminal networks engaging in migrant smuggling; enhancing assistance to smuggled migrants; or supporting the development of prevention strategies and action plans.

The New York Declaration for Refugees and Migrants, adopted unanimously by all 193 Member States of the UN in 2016, provides a powerful platform for the assistance of migrants and combatting migrant smuggling. The New York Declaration set in motion a process of intergovernmental consultations and negotiations culminating in the planned adoption of the Global Compact for safe, orderly and regular migration. Strengthening the transnational response to smuggling of migrants is being addressed in the negotiations towards the adoption of the Global Compact.