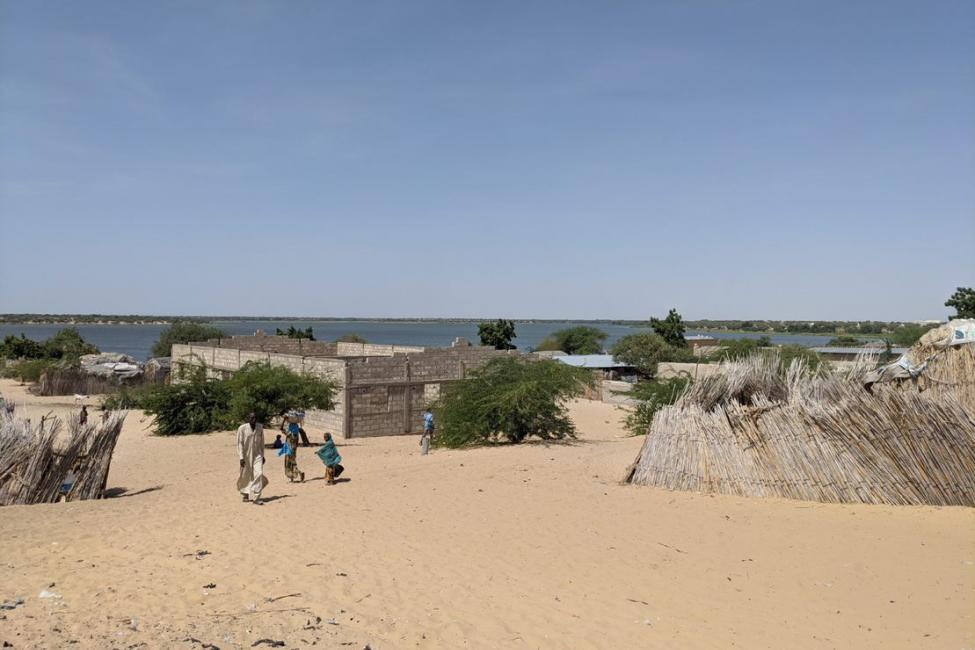 A view of the displacement site of Taal in the Lac Province. Photo:  IOM/François-Xavier Ada 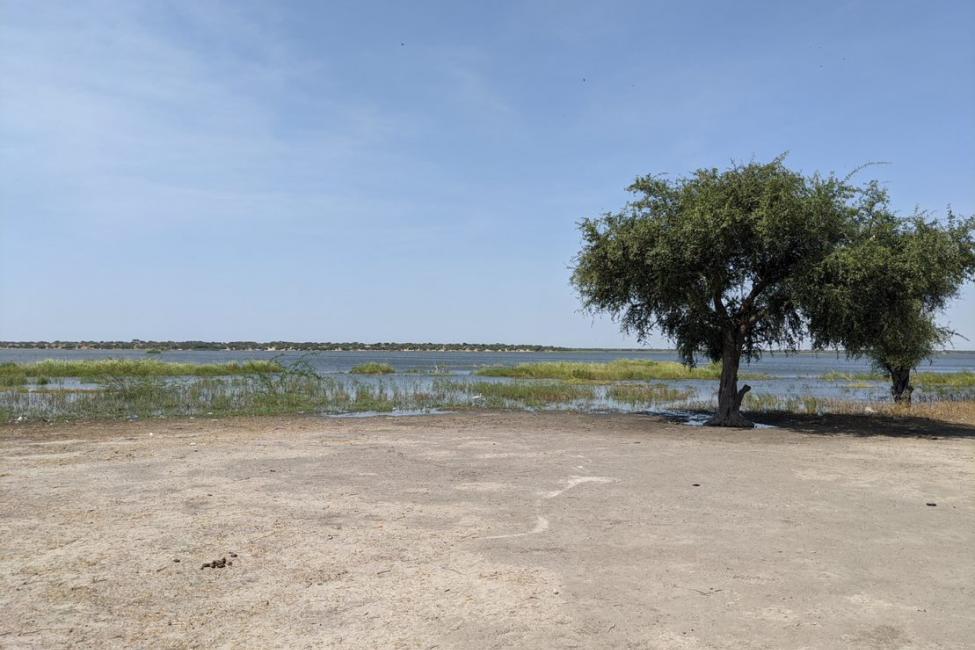 The lakeside community of Bol Nguini in Chad’s Lac Province which saw its population nearly double from the influx of displaced persons. Photo: IOM/François-Xavier Ada 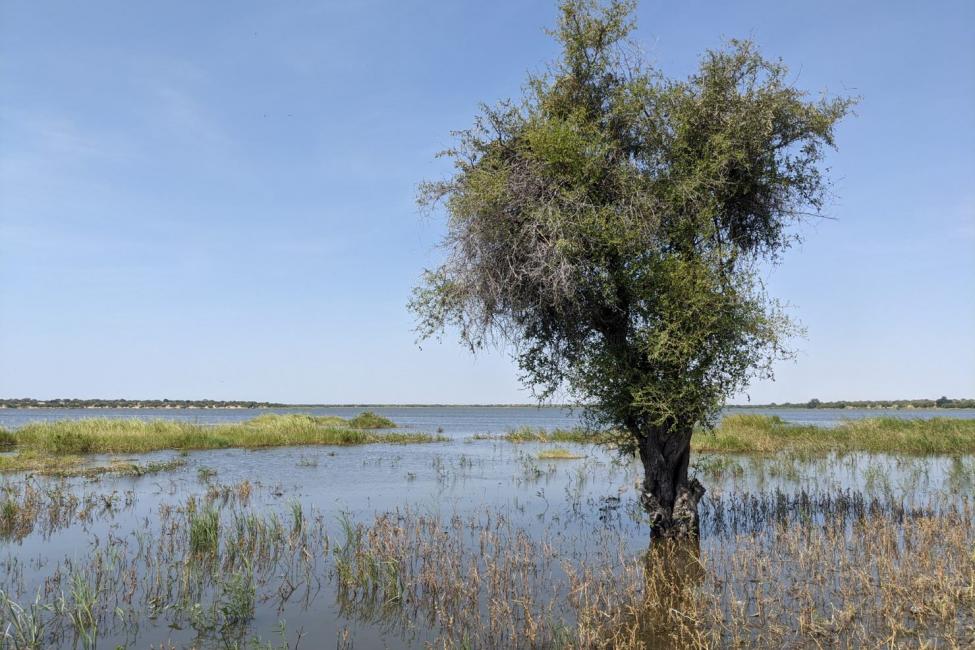 A view of the displacement site of Taal in the Lac Province. Photo: IOM/François-Xavier Ada

N’Djamena – This week, the International Organization for Migration (IOM) is appealing for USD 2 million to ensure continued access and delivery of lifesaving humanitarian assistance to the most vulnerable people and their host communities through, among other things, emergency and preparedness support, and strengthening disaster risk reduction programming.

Earlier this month local authorities alerted IOM to the flooding of entire quarters in the departments of Fouli and Kaya caused by the rise in water levels of Lake Chad. The two departments currently host thousands of persons displaced by conflict and climate change in Chad’s Lac Province.

Chad’s Lac Province is reeling from the impact of a double security and environmental crisis which has forcibly displaced more than half of the Province’s population. The recent flooding of displacement sites and host communities in Lac Province risks worsening an already complex humanitarian situation, as some key areas where critical assistance is needed might become inaccessible.

That would leave thousands of people without access to key basic services.

“This sudden flooding, which is not isolated, is likely to force villagers to leave their homes and seek refuge in neighbouring villages where resources and amenities are already very limited,” explained Anne Schaefer, IOM Chad Chief of Mission. “As waters continue to rise, some areas where we intervene are at risk of becoming inaccessible, effectively cutting thousands of people from access to lifesaving assistance,” she added.

Since 2015, the Government of Chad and regional security forces have been combatting security threats from armed non-state actors around the Lake Chad Basin. The impact of the security situation has been amplified by an environmental crisis caused by the shrinking of Lake Chad.

The fallout of this double crisis has been the mass displacement of more than 360, 000 people – a majority of the province’s population. Data from IOM’s Displacement Tracking Matrix shows that, since the beginning of the crisis, most displaced people fled from lakeside villages towards safer communities inland.

Now this momentary respite and stability required for displaced persons and their host communities is being threatened by flooding caused in part by the rising waters of Lake Chad.

“Our people are faced with multiple crises, but the rise in water levels which we have witnessed in recent days threatens more than 18,000 households, including displaced persons and host communities,” said Yacoub Mahamat, Prefect of the Department of Fouli in Chad’s Lac Province.

The rise in water levels is also heightening the risks of water-borne diseases such as cholera and seasonal malaria which are endemic in the country.

In the Lac Province, IOM is one of the leading humanitarian actors providing shelter (durable and semi-durable), food and non-food items, including dignity kits for women and insecticide-treated mosquito nets, to displaced persons and host communities affected by the double security and environmental crisis. IOM also leads on data collection in displacement sites to provide a better understanding of the vulnerabilities of displaced persons, which is vital to accurately target humanitarian assistance.