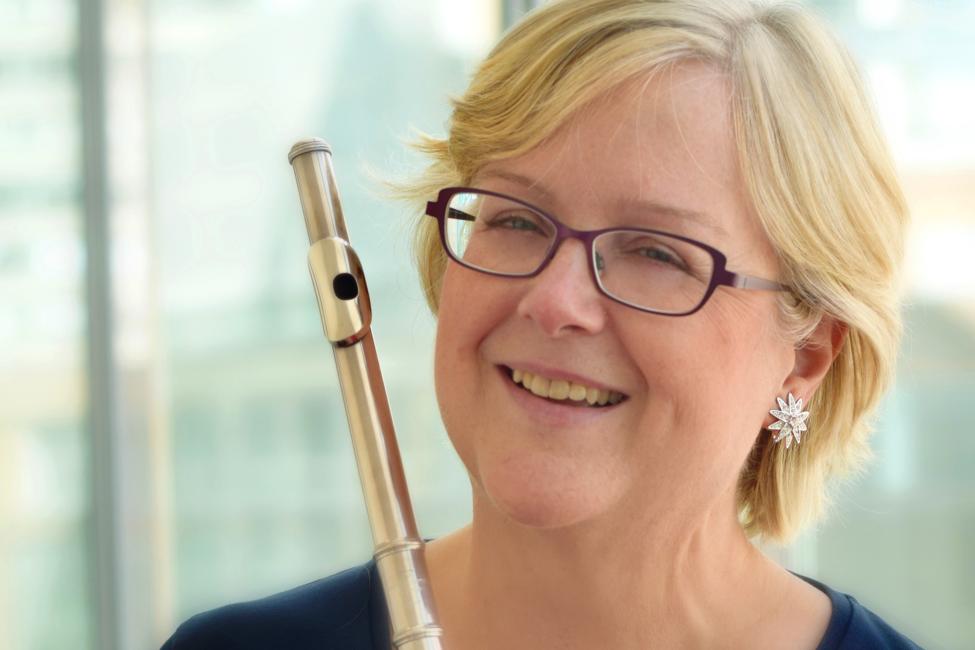 Bärli Nugent, Assistant Dean, The Juilliard School, New York, reflects on the journey that led to her curating a musical selection for a unique concert presented by the United Nations Migration Agency at the UN Vienna Headquarters on June 28.

Vienna – Far too often we see sensational headlines where migration is portrayed in a negative light. The International Organization for Migration (IOM), together with the United Nations Information Service (UNIS), is working to transform this toxic narrative of migration with the hosting of a special concert, the “Voices of Migration”, to be held at the United Nations in Vienna next week, on 28 June.

The concert will celebrate the immense talent and rich diversity that migration brings, for migration rejuvenates and elevates culture, such as cuisine, art, fashion and, of course, music. The concert will perfectly exemplify the most positive outcomes of migration – the unique union of diverse groups of people resulting in beautiful works of art.

Two world premieres by migrant composers are the pinnacle of an extraordinary programme curated by Bärli Nugent, the Assistant Dean of the world-renowned Juilliard Music School of New York.

“This is the first musical event of its kind that will be a cultural treat which will inspire us all to accentuate the positive aspects of migration, and dispel the toxic narrative of migration”, she said.

“The United Nations Information Service (UNIS) is delighted to support this concert”, said Martin Nesirky, Director of the UNIS Vienna office. “Sometimes mere words are not enough to convey the full range of emotions associated with a theme like migration. Sometimes we hear words and so often we fall deaf to them. Music and the arts can restore our sensitivities and open our hearts anew.”

The stories behind the music are as powerful as the music itself. Composer Cem Güven, a first-year undergraduate student from Turkey studying at Juilliard has named his world premier piece “Aylan Bebek”. It is in memory of Aylan Kurdi, the three-year-old Syrian boy, whose lifeless body photographed on a Turkish beach after his family’s failed attempt to reach Greece, cried out to the conscience of the world.

The second world premier is inspired by the poem Hour by Scottish poet Carol Ann Duffy. The piece for soprano, flute and piano, composed by Shayan Mokhterani, will be followed by a dramatic reading of the poem by Kenyan actress Mercy Otieno.

Bärli Nugent explained why she has put this concert together: “As humanity seems increasingly estranged in a never-ending generational cycle, I am an artist-citizen seeking to make a contribution towards understanding and fellowship amongst peoples. My goal is, and always has been to share stories and change lives through music.”

Nugent’s Austrian mother studied piano in Vienna under the great Austrian composer Richard Stöhr , before he was forced out of Austria after the Anschluss of 1938, migrating to the USA, and teaching Leonard Bernstein (among others) at the Curtis Institute in Philadelphia.

She will play part of Stöhr’s Flute Sonata to commemorate her connection with the composer and his country. The concert will end with selections of Mozart’s flute, violin and piano music.

Voices of Migration takes place at the Vienna International Centre at 12.30 on Thursday 28 June. To register, please contact press@UN.org.