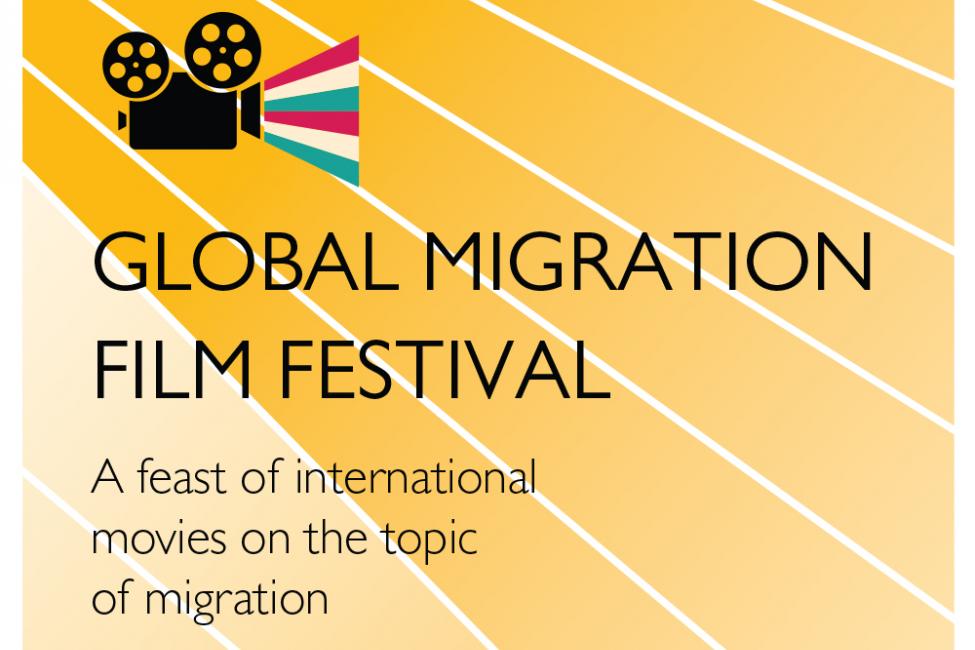 Geneva – The International Organization for Migration (IOM) this week issued a call for films for the Global Migration Film Festival. The multi-venue festival which takes place annually in over 100 countries in December is the world's première cultural event on migration.

The UN organization’s call for submissions includes Full-Length Feature and Short Films, in all genres: fiction, documentary and animation. Filmmakers have long viewed migration as a rich source of storytelling. This unique festival provides an opportunity for filmmakers and viewers the world over to enjoy films about migration that entertain and educate - be the stories dramatic, sad or funny.

It is in this spirit that IOM launched The Global Migration Film Festival in 2016 with just 30 film submissions. Last year there were 784 submissions from independent filmmakers in 98 countries making it a truly global filmmaking phenomenon. The Festival’s Official Selection of 42 films for 2018 led to 558 screenings in 104 countries around the world, drawing a global audience of over 30,000 people and inspiring film makers and film lovers alike.

“What an incredible festival. I highly recommend it. IOM is an incredible organization with an important aim. It was wonderful to see my short film playing worldwide,” said filmmaker Juan Romero.

Post-screening debates and panels are encouraged, and organizers in each participating country may organize their own side events, prize giveaways and more.

To select a compelling roster of films to be screened, IOM’s call for films has opened with submissions accepted until Friday, 9 August. To merit consideration each submission must address the challenges and promises of migration as well as the many and unique contributions migrants make to their new communities. Both established and emerging filmmakers are urged to participate.

A committee of international professionals will determine the Official Selection across two categories as follows:

Full-length features: filmmakers working in all genres are invited to submit films that address festival themes, with a total running time exceeding 41 minutes.

Short Films: filmmakers working in all genres are invited to submit films that address festival themes, with a total running time with a minimum of 15 minutes up to 40 minutes.

Only films submitted through the festival’s designated platform, FilmFreeway, will be considered.