Even though the socio-economic situation in UNSC Resolution 1244-administered Kosovo has significantly improved in recent years and a measure of stability has returned, it remains among the poorest areas in Europe with an average annual per capita income of only $2,800 and with the official unemployment rate over 40 per cent – a key push factor that fuels outward migration. Over one third of the population (and nearly half of the youth) reported in 2009 that they had an intention to emigrate. Over the past few years Kosovo's economy has shown significant progress in transitioning to a market-based system and maintaining macroeconomic stability, but it is still highly dependent on the international community and the diaspora for financial and technical assistance. Remittances from the diaspora - located mainly in Germany, Switzerland, and other western European countries - are estimated to account for about 13-15 per cent of GDP, and international cooperation for another 7.5 per cent.
Kosovar society has been shaped and reshaped by migration for decades, if not centuries, yet reliable data on these important flows of persons and perspectives remain elusive. Kosovo's institutions are still in a transitional phase and though efforts have been made toward creating a comprehensive strategy on migration they still lack the data and capacities to reach the full potential of an integrated migration and development policy. With most legal emigration routes to Europe virtually closed, irregular migration appears to many as the only option. UNSC Resolution 1244-administered Kosovo has the youngest population in Europe and within a regional context it has a relatively high rate of population growth. UNSC Resolution 1244-administered Kosovo also faces a lack of social and health care provisions, as well as an underdeveloped infrastructure and policies related to human trafficking and migration.
From providing emergency humanitarian assistance in 1999 to date, IOM has not only followed the events on the ground, but also has proactively worked with donor governments and other partners to ensure that the needs of the people of Kosovo have been met and will continue to be met. This is possible thanks to the Donor Community, the UNMIK administration, the UN agencies, as well as the NGO community, but particularly the Kosovo Central and Local Authorities and the Kosovo people. Since 1999, IOM Kosovo has implemented numerous projects mainly focused on Assisted Voluntary Return and Reintegration as well as Emergency and Post Conflict initiatives. As one of its primary activities, IOM has provided an array of assistance measures for the return and reintegration of returnees from all ethnic communities, ranging from vocational training, job referrals and grants for micro-enterprise development to psychosocial and medical services. Promoting the sustainable reintegration of returnees, particularly ethnic minorities, will remain an area of IOM emphasis since reintegration is a cornerstone in the successful rebuilding of a multi-ethnic society in UNSC Resolution 1244-administered Kosovo. To this end, strengthening local governance – at both the central and municipal levels – to formulate and put in practice strategies that foster an environment conducive to return migration continues to be one of IOM's priorities. However, looking beyond this to the need to create sustainable economic growth, IOM is developing initiatives that leverage Kosovo's long migration history to the benefit of all Kosovars at home and abroad. By facilitating the engagement of diaspora and promoting temporary circular migration schemes, the positive impact of migration can once again reshape Kosovo's future and that of her people.

IOM Kosovo, through its AVRR Programme aims to promote the sustainable voluntary return and reintegration of Kosovars returning from different Western European countries through measures to improve economic prospects for both the returnees and members of the receiving communities. This enhances the capacity of return communities to continue to attract, absorb and retain returning migrants and other displaced people and to prevent further out-migration.

At the same time, through specific reintegration-designed projects, IOM contributes to the sustainable reintegration of voluntary returnees. Reintegration services include,  but are not limited to, setting up small businesses; on-the-job training; employment opportunities through referrals; vocational training courses; business training; education support, social care, housing, medical support, school fees for children, and others.

The third phase of the Return and Reintegration in Kosovo (RRK) Programme, covering the period of November 2011 to April 2014, complements government efforts in promoting a tolerant multi-ethnic environment conducive to the sustainable return and reintegration of minority displaced and refugee families. Outcomes are achieved through the four interrelated components of assistance to the Ministry for Community and Return toward more effective policy making and project management. These are (1) professional development training and advisory services; (2) assistance to municipal officers in their management and monitoring of return and reintegration projects including the strengthening of Municipal Working Groups (MWGs) and Local Action Groups (LAGs); (3) housing support to displaced persons and, (4) ensuring the sustainability of returns of the displaced through socio-economic schemes such as training for women and youth in advocacy and project development to facilitate community awareness and employable skills.

The Swedish Medical Programme (SMP) is an ongoing collaborative effort between the Swedish Government and IOM, in continuous implementation since 2000 to assist health-related emergency cases.

The Community Stabilisation Programme is currently in its seventh phase of implementation. All programmatic phases have been implemented by IOM with the support of the European Union Office in Kosovo. The programme provides developing and operational entrepreneurs from minority communities with opportunities for sustained economic self-sufficiency. This is done by providing productive business related-assets and equipment as well as technical support for their endeavours. Further, the programme provides the prospect for assisting these communities through the implementation of larger scale community development and improvement projects thereby increasing the impact of the programme on the wider community.

These lines of programmatic support continue to improve the economic prospects for members of minority communities, increasing employment levels within these communities and more broadly benefit the wider community through the implementation of community initiatives improving public facilities. These efforts are undertaken in order to stabilize these communities, produce conditions conducive for the sustainable return and retention of community members and to contribute to a reduction in the net outflow of individuals, in particular minority community members, from Kosovo.

The current Programme continues to target the minority communities in 29 of the 38 municipalities of Kosovo. The target minority groups include ethnic Serbs, members of Kosovo’s Roma, Ashkali, and Egyptian (RAE), Turk, Gorani, Bosniak and Croat communities. Also included are the Albanian communities living in those municipalities with a predominantly Serbian population in northern Kosovo.

View statistics for the Community Stabilisation Programme from 2002 to 2013

Beautiful Kosovo Programme (EU-BK)
All 37 municipalities of Kosovo had the opportunity to take part in a competition made of two rounds of Call for Proposals for Municipalities targeting environmental regeneration and social infrastructure, with a focus on beautification measures and urban regeneration initiatives as well as employment generation for the most vulnerable members of the population.

The DEED project is an initiative to enable the Kosovo diaspora to take a more active role as development agents in their communities of origin. The project is funded by the Ministry of Foreign Affairs of Finland and implemented jointly with the United Nations Development Programme (UNDP) in Kosovo.

The project consists of three main components that aim to achieve:

Each component targets different beneficiaries. The first focuses on remittance-receiving households whereas the second targets members of the Kosovo diaspora and Kosovar migrants. The third targets mainly Kosovo authorities who benefit from the first two outcomes as well.

IOM is involved in the implementation of activities under the second and third components above. These activities include assessment and feasibility studies for models that enable migrant investment in Kosovo as well as technical support to the Ministry of Diaspora (MoD).

This table outlines the participation in these meetings.

Complementarily and as a follow up to these meetings, an online questionnaire was launched on the 13th of June. As of the 2nd of July, there were 151 respondents in total, from which 113 of them identified themselves as part of the Kosovar diaspora. Some initial findings from the data collected through the questionnaires are included below:

Technical Assistance to the Ministry of Diaspora. The DEED project assists the Ministry of Diaspora in identifying policies and mechanisms for addressing the needs of migrants and diaspora so that they have the opportunity to more effectively and efficiently contribute to the economic development of Kosovo. Through effective policies and target interventions, migration will be made into a driving force for creating better conditions in Kosovo in order to curb further emigration and facilitate a dignified return for Kosovars abroad.

The table below outlines the support given to workshops for the development of a National Strategy on Diaspora.

These are the achievements to date: 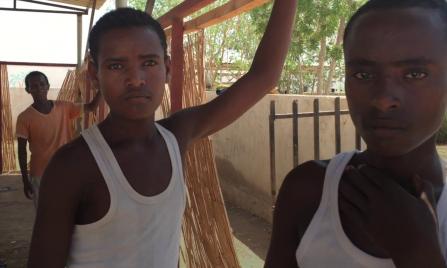 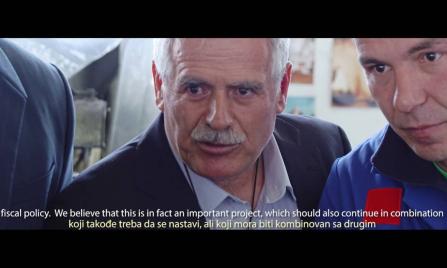 Support to Micro, Small and Medium Enterprises in Kosovo 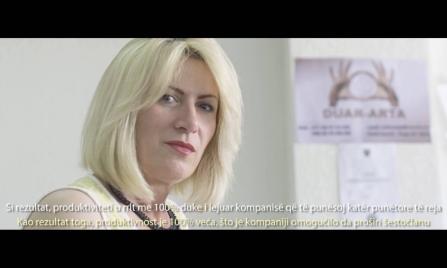 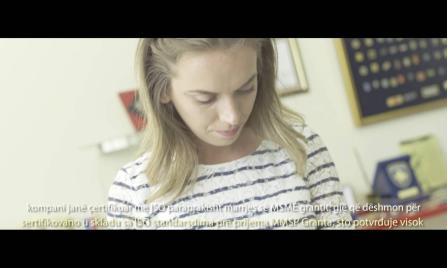 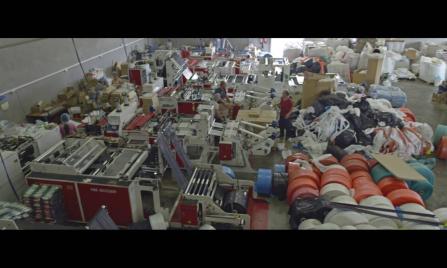 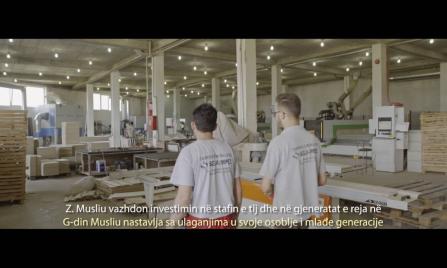 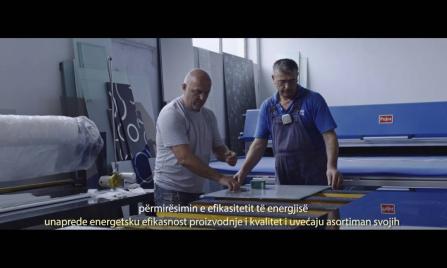