The International Organization for Migration (IOM), or as it was first known, the Provisional Intergovernmental Committee for the Movement of Migrants from Europe (PICMME), was born in 1951 out of the chaos and displacement of Western Europe following the Second World War.

Mandated to help European governments to identify resettlement countries for the estimated 11 million people uprooted by the war, it arranged transport for nearly a million migrants during the 1950s.

While IOM's history tracks the man-made and natural disasters of the past half century - Hungary 1956, Czechoslovakia 1968, Chile 1973, the Vietnamese Boat People 1975, Kuwait 1990, Kosovo and Timor 1999, and the Asian tsunami and Pakistan earthquake of 2004/2005 - its credo that humane and orderly migration benefits migrants and society has steadily gained international acceptance.

From its roots as an operational logistics agency, it has broadened its scope to become the leading international agency working with governments and civil society to advance the understanding of migration issues, encourage social and economic development through migration, and uphold the human dignity and well-being of migrants.

The broader scope of activities has been matched by rapid expansion from a relatively small agency into one with an annual operating budget of an estimated USD 1.3 billion and more than 18,000 staff working in over 150 countries worldwide. IOM currently has 175 Member States and a further 8 states holding Observer status.

As "The Migration Agency" IOM has become the point of reference in the heated global debate on the social, economic and political implications of migration in the 21st century. 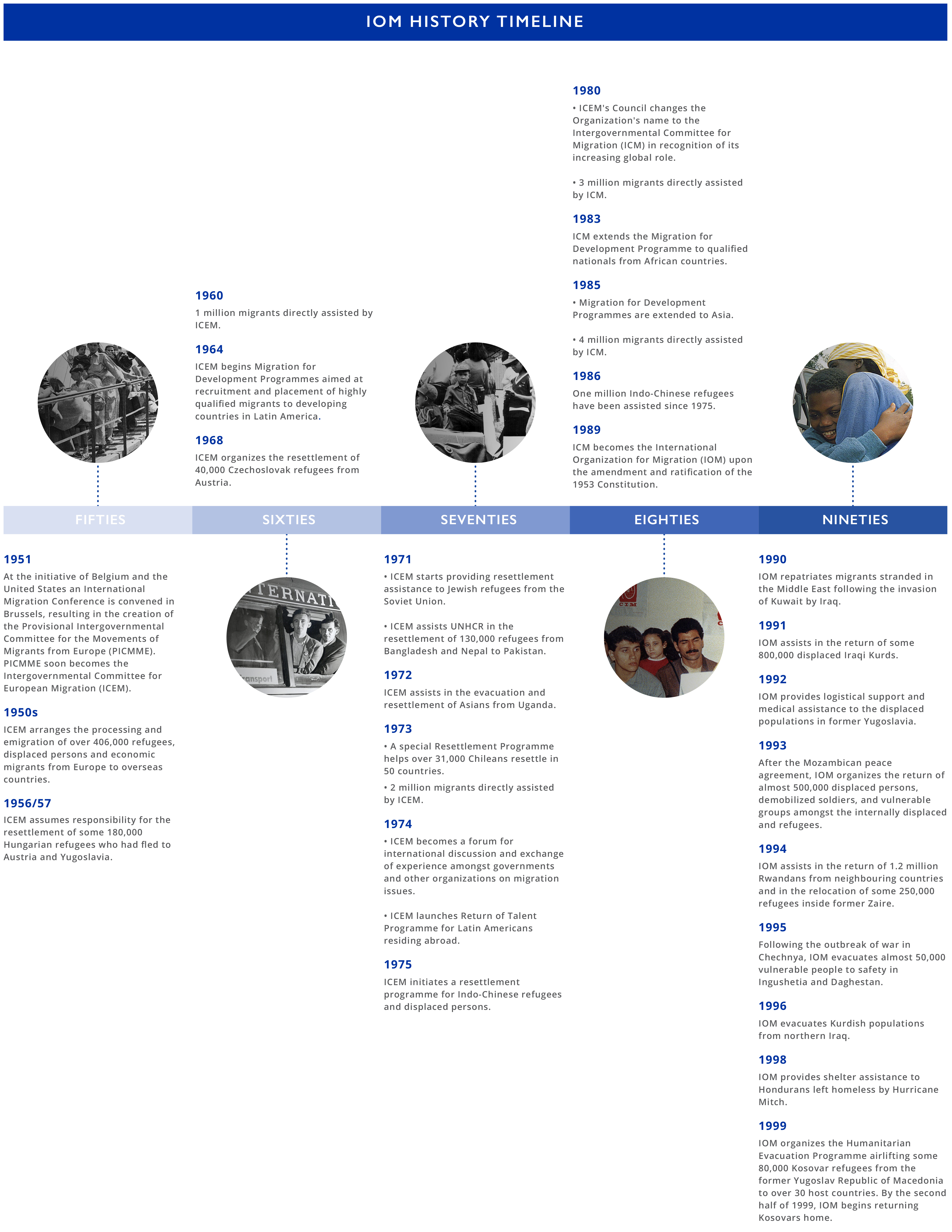 IOM in the Fifties

IOM in the Sixties

IOM in the Seventies

IOM in the Eighties

IOM in the Nineties

IOM in the XXI Century