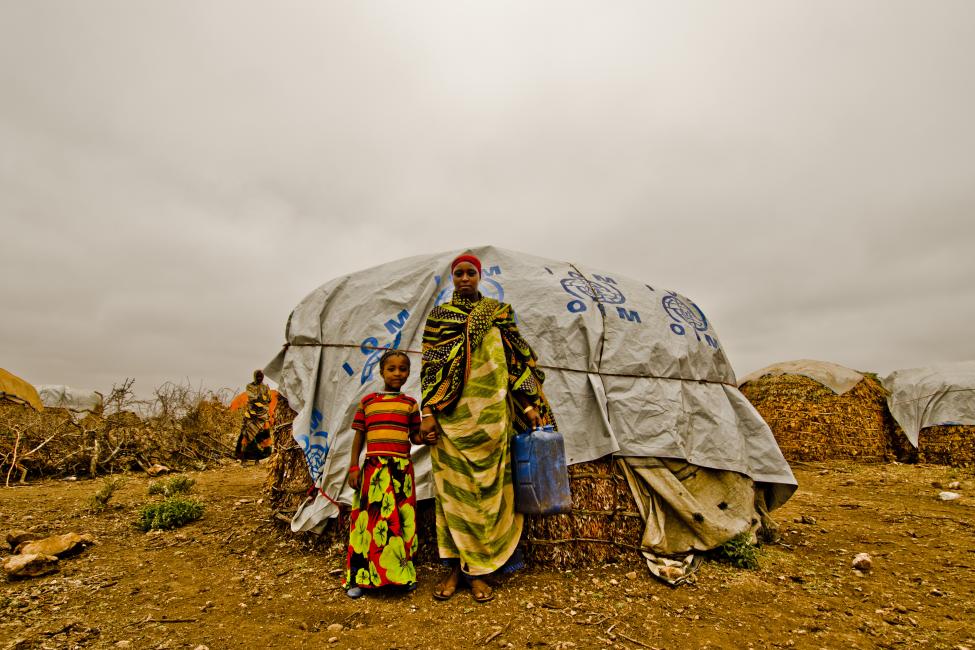 Geneva – Climate change and disasters are driving more people to move than ever before, whether due to sudden onset disasters like the unprecedented cyclones that devastated Southern Africa earlier this year, or destructive long-term weather patterns causing drought.

Last year alone more than 17 million people were displaced following disasters – accounting for 61 per cent of all internal displacements globally, according to Internal Displacement Monitoring Centre, one of the International Organization for Migration’s (IOM) partners.

The Sixth Session of the Global Platform on Disaster Risk Reduction (GP 2019) in Geneva this week provides an opportunity for dialogue and knowledge sharing on strategies for disaster risk reduction (DRR) and building resilience globally. Participants also renewed their commitment to the implementation of the Sendai DRR Framework (2015-2030).

The event, organized by the UN Office for Disaster Risk Reduction (UNDRR) and hosted by the Government of Switzerland, convened more than 4,000 government officials, DRR practitioners, academics and representatives of UN agencies, NGOs and community groups.

Under the theme ʺResilience Dividend: Towards Sustainable and Inclusive Societiesʺ, IOM welcomes the attention given to disaster displacement at the GP 2019 through several dedicated working sessions and interventions, says Louis Hoffmann, IOM's Head of Transition and Recovery.

“We must all step up efforts to address disaster risk, including by preventing displacement, preparing and responding appropriately when it occurs, and by supporting sustainable solutions to displacement in the post-disaster phase,” Hoffmann told the GP 2019 on Thursday.

He reaffirmed IOM’s commitment to enhance joint UN support for countries to meet their targets under the Sendai Framework and the 2030 Agenda for Sustainable Development.

“IOM remains committed to working with states and communities to strengthen resilience, while promoting the vital benefits and opportunities that mobility can bring, when safe and dignified, for those seeking a better life,” says Hoffmann.

Since IOM launched its Strategic Workplan on DRR two years ago, the Organization has helped more than 70 countries prevent and mitigate the effects of disasters, training more than 6,400 government officials and providing direct assistance to 1.4 million people.

In Bangladesh, Yemen, Rwanda, El Salvador, among other countries, IOM works to improve early warning systems, provide trainings on post-disaster recovery as well as support capacity building on climate change and migration. Following Cyclone Idai in Mozambique, IOM provided shelter to more than 85,000 survivors, and stands ready to help the government build back better in the recovery phase.

As a member of the Capacity for Disaster Reduction Initiative (CADRI), IOM contributes its expertise to assessments in countries vulnerable to disaster displacement. It also advises states on how to maximize the positive contributions migrants make to promote resilience in their communities.

The Organization supports other state-led initiatives, such as the Migrants in Countries in Crisis (MICIC) Initiative and the Platform on Disaster Displacement (PDD), to further ensure the inclusion of displaced persons and migrants in DRR action.