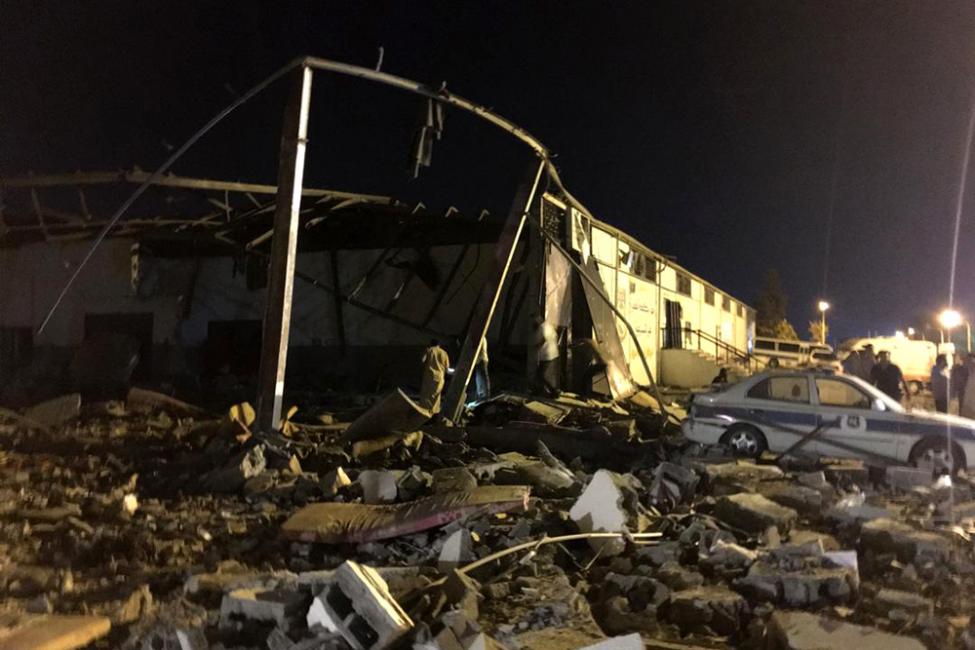 Tripoli – Three months after the airstrike on the Tajoura detention centre that tragically killed 53 migrants and left over 130 injured, vulnerable migrants returned from sea continue to be taken to this facility. The bombed detention centre remains operational to this day, despite urgent and persistent calls to close Tajoura, especially due to its proximity to a military location.

“While we welcome the Libyan government’s plan to close the three detention centres: Tajoura, Misrata and Souq Al Khamis, this plan needs to be transformed immediately into action to avoid further tragedies like Tajoura from recurring,” said Federico Soda, IOM Chief of Mission in Libya.

“The International Organization for Migration renews its urgent call for the end of arbitrary detention in Libya, in a gradual orderly manner, that guarantees the safety of all detainees,” said Soda, adding that alternative solutions must be established and adopted as a matter of urgency to put an end to the intolerable suffering of thousands of migrants.

IOM continues to provide a safe and dignified way from which migrants wishing to return home can benefit. The Voluntary Humanitarian Return programme has managed to provide return assistance to over 47,000 vulnerable migrants wishing to leave Libya since 2015. Some 7,200 stranded migrants so far have left this year, of those 27 had been kept in the Tajoura facility just since the July airstrike.

So far this year, over 6,200 migrants were rescued at sea and returned to Libya. Many of them were placed in arbitrary detention while others were released into areas where armed conflict continues and where these migrants—and as many as 100,000 others—remain vulnerable to further risk of kidnapping and trafficking at the hands of smugglers.

On Sunday 29 September, 71 migrants were returned to Libyan shore after spending more than two days floating in a rubber dinghy when their craft’s engine failed. This incident and several tragic shipwrecks recorded this year highlight the need for increased search and rescue capacity in the Mediterranean, disembarkation at safe ports and, in the absence of state-led search and rescue operations, the lifting of sanctions on NGOs that conduct lifesaving work in the Central Mediterranean.