Around the world, more people are on the move than ever before. Many of them are seeking new opportunities and a better life for themselves and their families. Others are forced to move due to disaster or conflict. Gender is central to any discussion of the causes and consequences of migration, whether forced, voluntary or somewhere in between.

It is recognized that a person’s sex, gender, gender identity and sexual orientation shape every stage of the migration experience.

Gender influences reasons for migrating, who migrates and to where, how people migrate and the networks they use, opportunities and resources available at destinations, and relations with the country of origin. Risks, vulnerabilities and needs are also shaped in large part by one’s gender, and often vary drastically for different groups. The roles, expectations, relationships and power dynamics associated with being a man, woman, boy or girl, and whether one identifies as lesbian, gay, bisexual, transgender and/or intersex (LGBTI), significantly affect all aspects of the migration process, and can also be affected in new ways by migration.

It is therefore crucial to understand how gender interacts with migration and to respond accordingly. Taking into account gender-specific migration trends can mean the difference between implementing a project that successfully addresses the specific needs and capacities of all IOM beneficiaries, and one that fails to do so and perpetuates inequality. Given the gender-specific nature of migration, the following are central to IOM’s work: advocating for equal rights under the law in employment and mobility; combatting discriminatory migration practices; understanding how gender affects the types of migration undertaken; respondingto how gender influences access to social services, economic growth, capacities, risks and vulnerabilities; ensuring diversity and inclusiveness in consultations and participation in activities; and addressing how migration influences gender roles and relations. 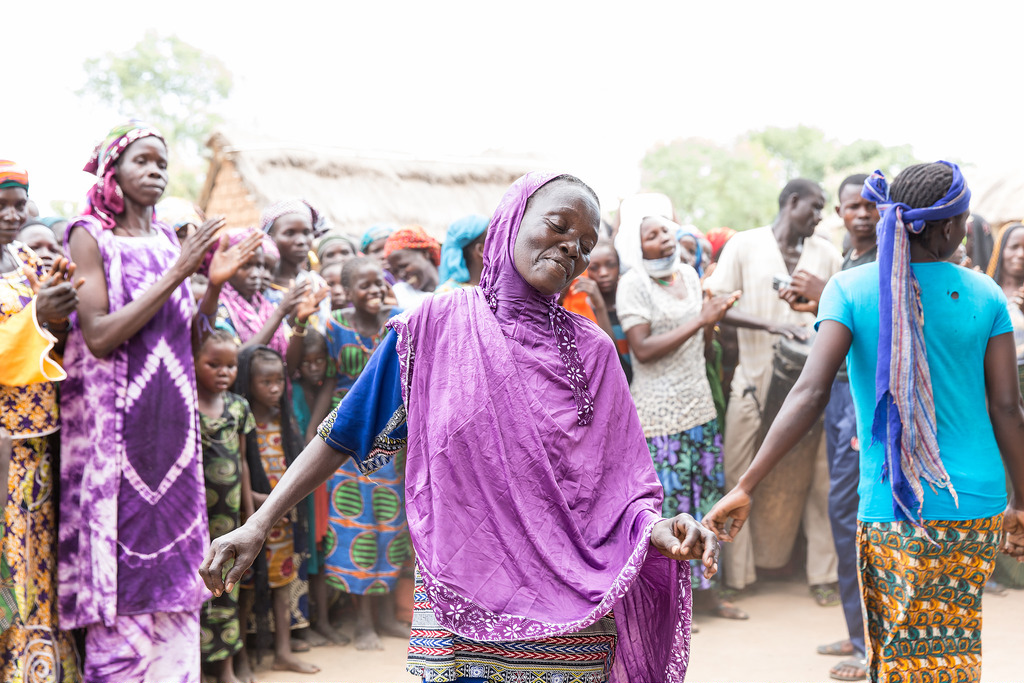 A participant of IOM's SIRIRI project to support community stabilization in the Central African Republic, celebrating her participation in the cash-for-work component of the project. Photo: IOM/Amanda Nero

Switzerland – Women and girls represent a significant proportion of people on the move worldwide, all of whom carry with them a heart full of hope, a mind filled with ideas, and a diverse range of migration experiences.

IOM, the UN Migration Agency, stands with each and every one of them on International Women’s Day 2018 and embraces the official United Nations theme: Time is Now: Rural and urban activists transforming women’s lives. We stand together with them and raise our voices with and in support of all migrant women and girls.

On this day, we honour the women who have worked tirelessly to make their voices heard and pave the way towards women’s rights and empowerment. Displaying great strength and resilience, these women have highlighted the injustice they and others have experienced simply because of their gender. Eliane is a seamstress who has returned home to Côte d'Ivoire.  Watch video -  More Videos 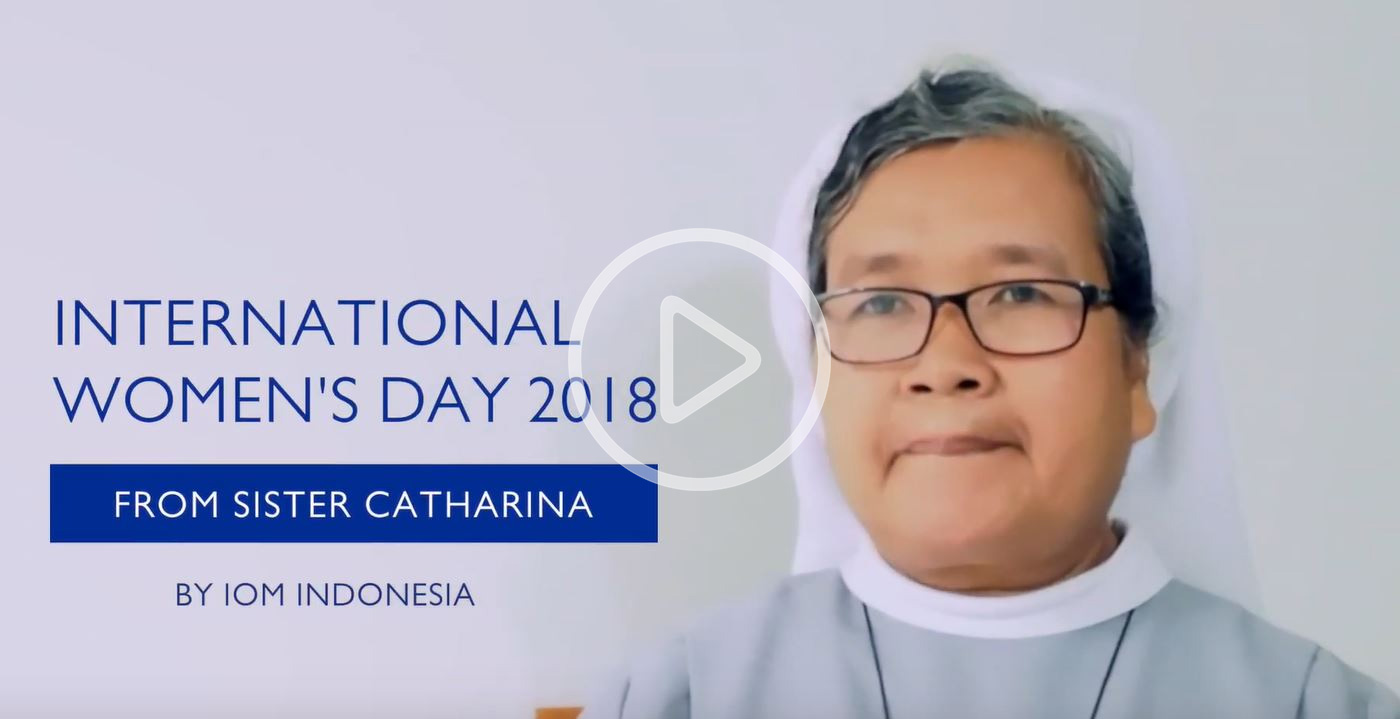 Sister Catharina is popularly known as "Sister Gender" or "Sister of Gender Equality" for her continuous promotion of gender equality in Lampung Province, Indonesia. Sister Catharina, who is a part of the Sisters of St. Francis of the Martyr St. George, has been a women's rights activist since 1997, supporting in particular women who are victims and survivors of sexual violence, sexual harassment, and domestic violence.  Watch video  |  More videos

“It looks like a flower, I like it!”
Sixteen-year-old Kaira smiles as she opens the box containing her solar lamp. Examining it carefully, she pushes the button on one of the petals, turning on its bright light. Kaira is one of the 1,265 women and girls, who received a solar lamp from IOM, the UN Migration Agency, in Ethiopia’s Somali Region, through a partnership with Little Sun. Read more