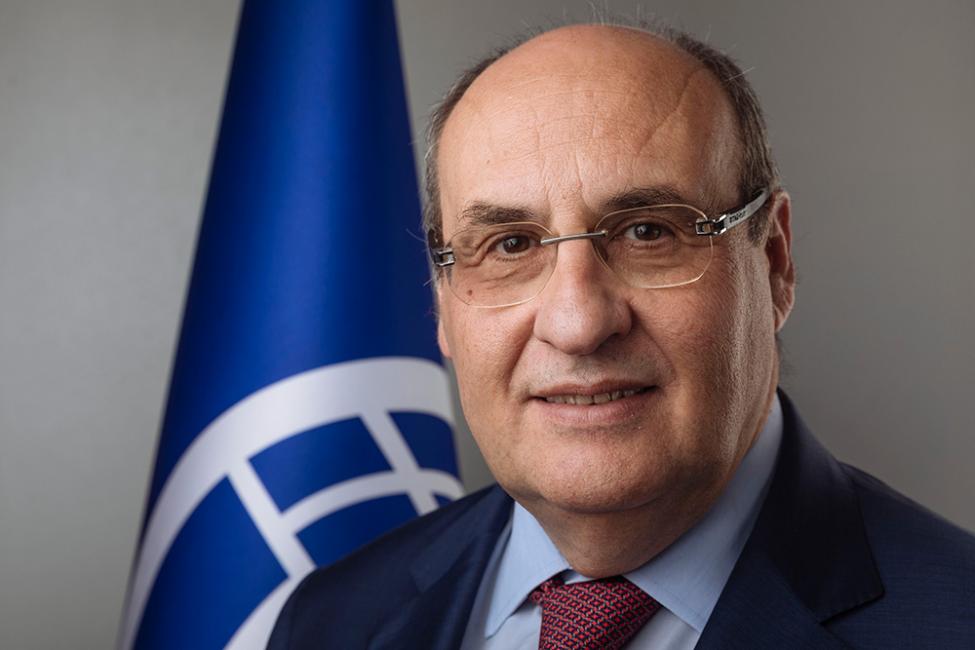 IOM Director General António Vitorino, 61 (DOB 12 January 1957), is a former European Commissioner for Justice and Home Affairs (1999-2004) and Portugal’s former Minister of the Presidency and National Defence (1995-1997). He has also enjoyed a distinguished career in Portugal as a lawyer as well as in electoral politics.

Mr. Vitorino was elected to Portugal’s Parliament in 1980. In 1983 he became Secretary of State for Parliamentary Affairs. He later served as Deputy Secretary for the Governor of Macau until 1989, when he returned to Lisbon to become a judge of the Constitutional Court, a term that ended in 1994. He subsequently served as Minister for National Defence and Deputy Prime Minister within the government of António Guterres, now the United Nations’ Secretary General.

From 1999 to 2004, Mr. Vitorino served as the European Commissioner for Justice and Home Affairs. During his tenure, Mr. Vitorino participated in conversations that led to the drawing of the Charter of Fundamental Rights of the European Union and the Convention on the Future of Europe.

Since exiting politics in 2005, Mr. Vitorino has returned to law, serving as a partner with the firm of Cuatrecasas, Gonçalves Pereira & Associados. Mr. Vitorino has been President of the think tank Notre Europe since June 2011 and for many years enjoyed an ongoing role as commentator for the leading Portuguese television channel RTP 1.

Mr. Vitorino earned a degree from the University of Lisbon’s School of Law in 1981, as well as a Master’s Degree in Legal and Political Science. He has authored works on Constitutional Law, Political Science, European Community Law, and was also a member of the Drafting Committee of the Portuguese White Book on Corporate Governance.

“Today it is my first day in office as your new Director General and I want you all to know how fortunate I feel to be joining the IOM family, roughly 11,000 men and women, the majority of whom are scattered around the globe.

“With this brief message, let me, first and foremost, praise the remarkable work of my predecessor Bill Swing. He has consolidated IOM’s reputation as a principled, accountable, transparent organization with an enviable track record of efficiency and effectiveness.

“Let me also be very direct with you in this first message to tell you what especially appeals about IOM, in my view, is its commitment to be simultaneously at the service of migrants and of our member states alike. Thanks to IOM’s membership in the UN family, we are also, I believe, reaching an inflection point in the life of our organization.

“We are about to see, hopefully, the Global Compact on Safe, Regular and Orderly Migration being endorsed in Marrakech in December. And the Secretary General of the United Nations has asked IOM to play a coordinating and supporting role of the newly created UN migration network, therefore, being in charge of supporting member states in the implementation of the objectives of the global compact.

“I believe that IOM is fortunate with the fact that these new tasks largely align with our work that we already develop daily. And, the advantages of IOM, that you know so well: its flexibility, its effectiveness, its decentralized nature and being a cost-effective organization make IOM prepared for this new challenge and to adapt, change and grow.

“Of course, there we will also need to be very clear on one point: we stick to our very nature. We are an organization very much close to migrants, especially those who are more vulnerable and those who are in need of humanitarian assistance. And, we will stick to our very nature, to our DNA, being capable to respond to the requests of our member states, being flexible in providing tailor-made solutions and being effective in contributing to the management of migratory flows, linking together countries of origin, of transit and of destination.

“Above all, I think that these new tasks correspond to the recognition of the unique role that IOM plays as a proximity organization to the migrants that we serve in particular, and our key roles to guarantee their human rights, their human dignity, their wellbeing, irrespective of their legal status.

“Therefore, IOM’s new role in the UN system and in the implementation of the Global Compact should not be seen as a job just for the headquarters or for the central departments. Not at all. It is a task which involves the entire organization and doing that, we will do it in an inclusive way, from the smallest missions to my office in headquarters, including the country and the regional offices.

“We will also deepen our partnership with UN agencies and other stakeholders from the civil society at the local, at the regional and global level.

“And, of course, for that purpose some organizational and funding adjustments will have to be made in due course.

“I’m fully aware that today in different parts of the world, the political landscape on migration is overheated. But the paradox is that at the same time as there are signs of retrenchment, that’s the moment when the global compact is adopted.

“That’s the moment when the UN Migration Network is created and therefore those two instruments, fully aligned with the sustainable development goals, will be the leverage to put migration on the international agenda, and to guarantee its advancement worldwide.

“Therefore, I must say to you very frankly, I believe that there has never been a more exciting or challenging time to work in the field of migration. I’m counting on the professionalism, commitment and full engagement of all who work in IOM. Our future success depends as much on the service of the countless men and women of IOM, as it does on the leadership.

“I know for my personal experience that you, the staff of IOM, whether in headquarters or in the field are totally committed to the values of our constitution and to our unique mission.

“As we take on these new challenges, I am counting on all of you.