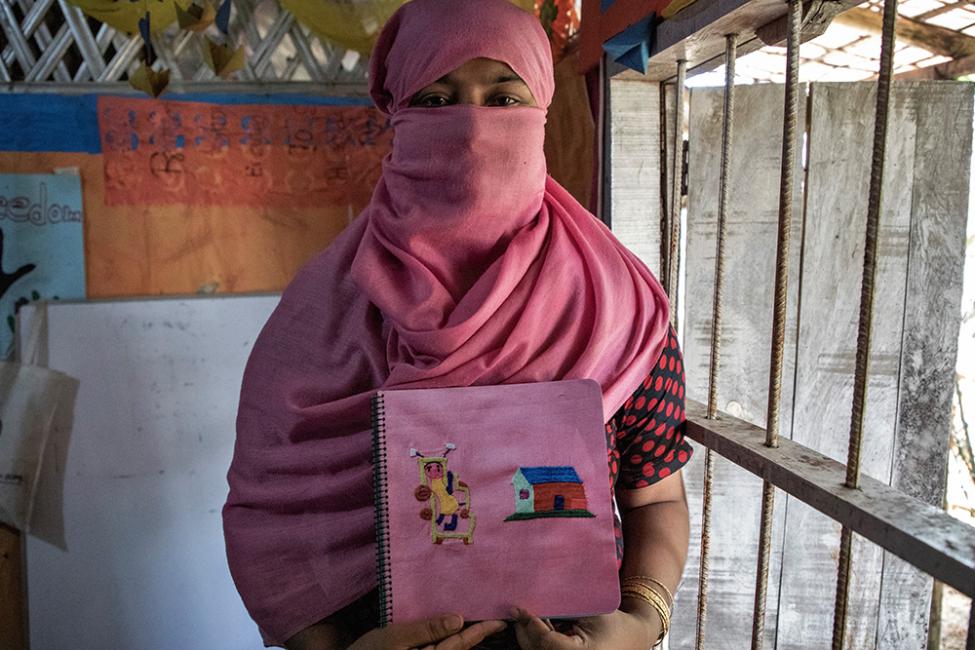 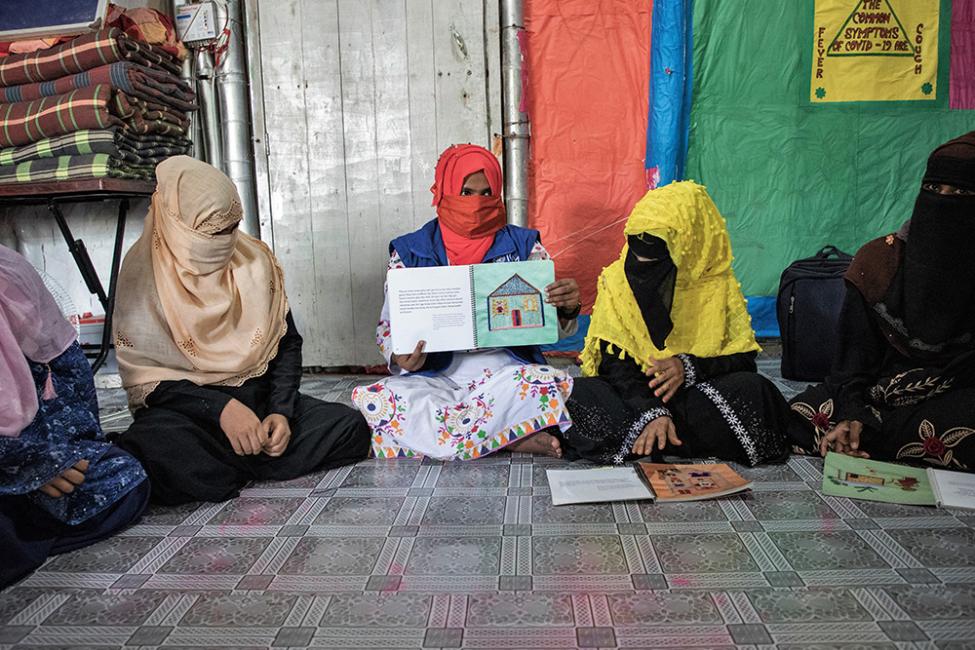 Cox’s Bazar – Since August 2017, nearly a million Rohingya refugees have been hosted in the world’s largest refugee camp in Cox’s Bazar, where protection issues remain a significant challenge. Fearing for their children’s safety, many Rohingya parents are apprehensive about leaving their children home alone while working or collecting relief items.

Recognizing the issue, the International Organization for Migration (IOM) in Cox’s Bazar has published two booklets with the purpose of helping children and parents engage in challenging conversations on the topic of child protection.

One booklet is called “Heart-to-Heart with My Child.” Published for Rohingya adults and children, it conveys key child protection messages in accessible terms in both Rohingya and in English. The messages are illustrated with embroideries made by Rohingya female artists, engaged with IOM’s Rohingya Cultural Memory Centre (RCMC).

During focus group discussions and one-on-one interviews with IOM’s protection team, refugees often share stories of harassment and physical abuse. The team encountered several protection risks in the camps, which the staff has been gradually mitigating.

“Going through so much hardship in life, leaving one’s own home and loved ones behind, and carrying terrifying memories, is already enough of a burden for these children and parents,” explained IOM Bangladesh’s Child Protection Officer Bernadett Fekete. “We hope these booklets will help alleviate some of the pressure and encourage constructive discussions at the family and community levels.”

“During our discussions with Rohingya mothers, some are reluctant to talk about child protection issues, but others are beginning to open up. For these women, this is a safe place where they can talk about their problems and get the mental and emotional support they need,” explained Child Protection caseworker Shahnaz Akter.

The second booklet, “Be Safe, Be Happy”, is a coloring book for smaller children, given out with crayons. The images and narrative focus on the positive relationship between parents and children, highlighting the fact that family should be a child’s safest and most important environment.

Due to uncertainty, lack of security, education and livelihood, many families are under extreme pressure. This pressure can often be exacerbated by protection issues connected to family tensions, domestic violence, or even child abuse, with ripple effects on the community.

“Since I started coming to the Women and Girls Safe Space, I have learned about ways of dealing with my children when I am stressed or worried,” said a Rohingya mother who participated in one of the sessions. “I cannot read, but I can understand the messages conveyed through the images. I hope I can attend other sessions to learn more about the topic,” she added.