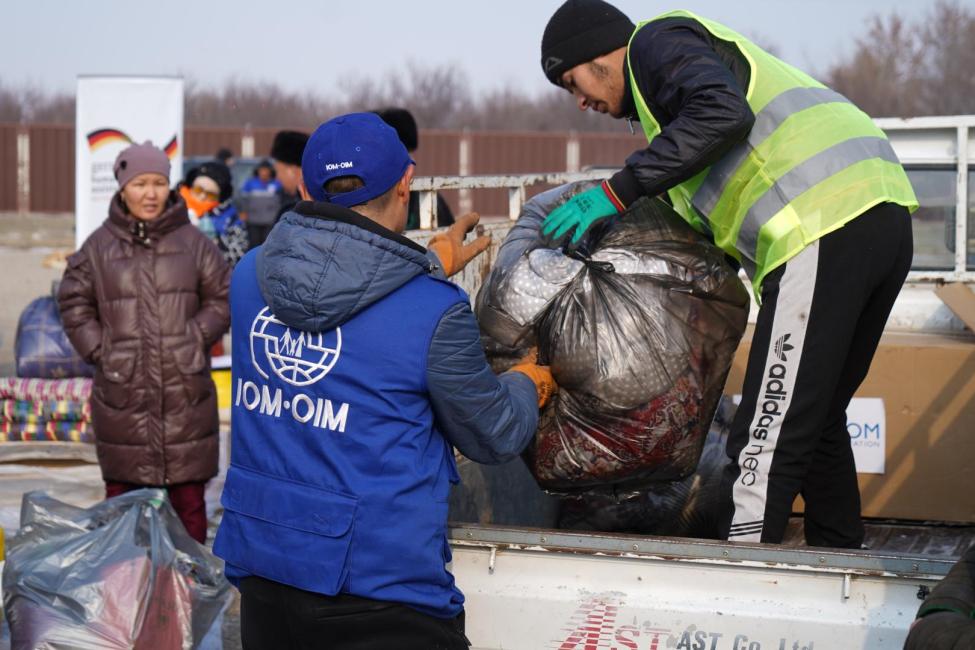 Batken – Hundreds of families displaced by the violence that broke out in the remote Kyrgyz-Tajik border areas of Batken and Osh last September are facing the coldest winter to hit the region in over a decade, as fuel prices and air pollution add to their daily challenges.

Countries in Central Asia are currently facing the extremely cold winters with temperatures plummeting to an all-time low in 15 years with those internally displaced especially from the clashes bearing the brunt.

Although a ceasefire currently holds in the border area, a lasting solution to the border disputes remains beyond the parties’ grasp, complicating the return of the families who lost their houses and livelihoods.

“Central Asia always faces harsh winters, and up to a point people have coping mechanisms to survive. However, there are persistent needs due to the added burden of displacement, or even secondary displacement in the case of a small number of ethnic Kyrgyz displaced from Afghanistan,” said Ammarah Mubarak, IOM’s Senior Regional Emergencies and Post-Crisis Specialist.

The International Organization for Migration (IOM) as part of the UN’s Rapid Emergency Assessment and Coordination Team (REACT) has been active since 19 September, leading the provision of emergency Shelter and Non-food Items.

Stoves, flashlights, power cables and disposable plates were distributed in earlier rounds.  IOM has just completed distribution of kitchen sets, bedding, winter clothes, shoes and other items to over 400 homeless families who were among the tens of thousands that fled from the affected areas.

The majority of those displaced have returned to their home areas, but those whose homes were destroyed remain displaced.

“Even before the conflict, Batken was considered the poorest region in Kyrgyzstan, with limited access to basic services such as education, medicine, and healthcare. Now, with temperatures down to minus 25 degrees, humanitarian assistance is vital,” said Tilek Orunbaev, Programme Assistant at IOM’s sub-office in Osh.

“I made a living raising sheep in my village until my house and everything we had, including the sheep burnt. We had to relocate to Bujum village and are now living in a two-room apartment of our relatives,” he said.

The aid distribution was funded by the United Nations Central Emergency Response Fund (CERF) and the Government of Germany.