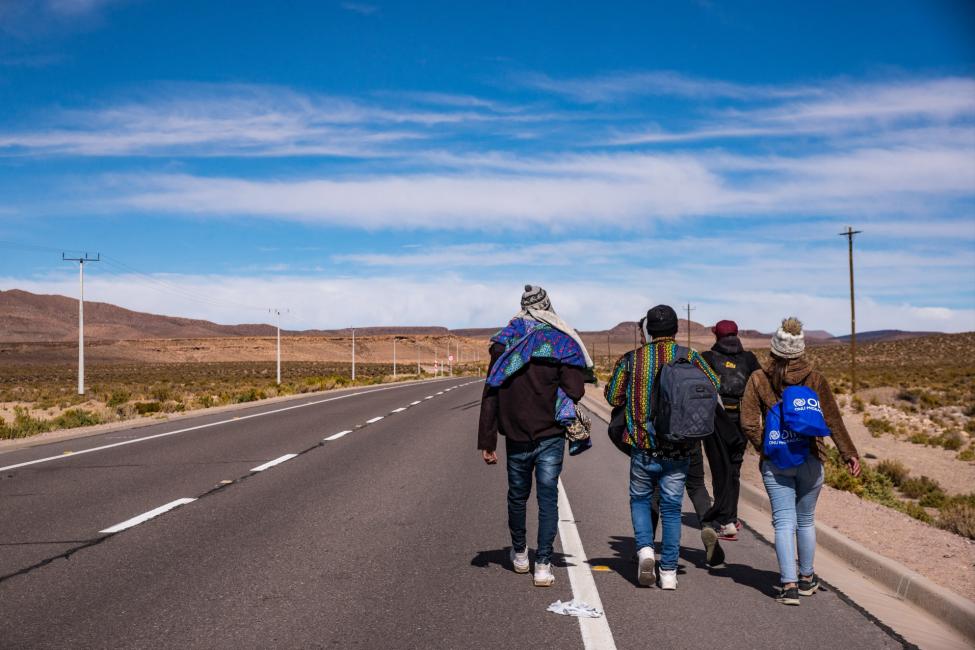 Migrants in transit in Colchane, Chile. Many vulnerable migrants are Haitian, as well as nationals from other countries in the Caribbean, Asia, Africa, and the Americas, according to a new IOM report. Photo: IOM Chile 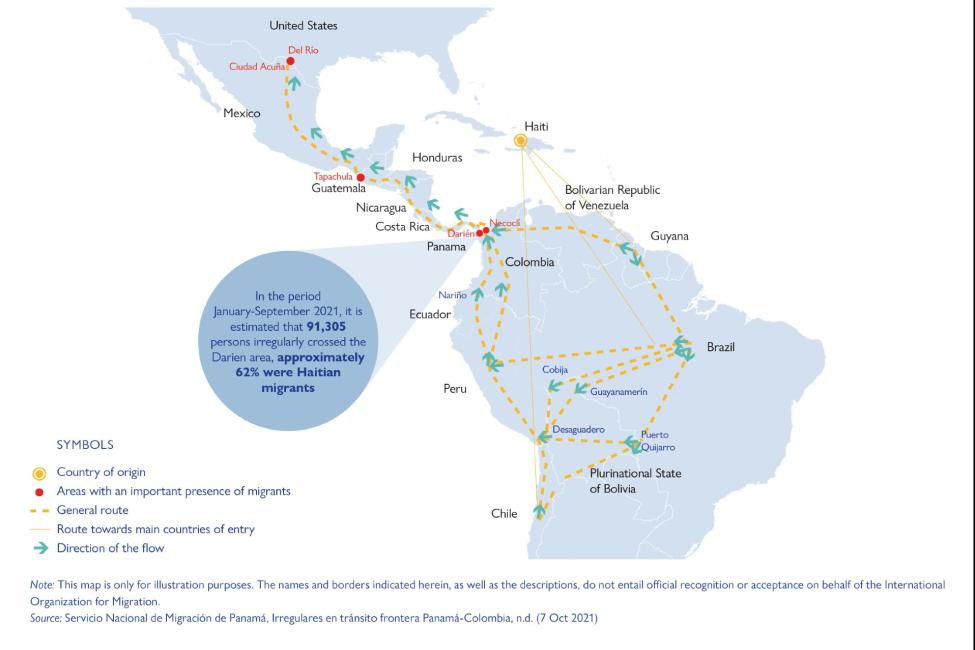 Haitian migrant routes identified in the Americas in the last decade.

Buenos Aires/San José – At least 30,000 children, most under the age of five, are among the more than 125,000 people this year who have risked their lives crossing the Darien Gap, one of the world’s most dangerous irregular routes for migrants heading to North America, according to report about regional migratory movements in the Americas released today by the International Organization for Migration.

The report highlights that transit from South America of migrants from the Caribbean, Asia, Africa and the Americas has been developing for around a decade, but has increased dramatically due to the socioeconomic, health and political impact of the COVID-19 pandemic.

The total number of irregular crossings of the Darien – a treacherous jungle passage on the Colombia-Panama border with no roads where armed groups, migrant smugglers and human traffickers are active – is higher this year than for the entire 2010-2020 period combined. Some 25 per cent of those crossing are children, around 24,000 of them were five years old or younger.

According to the report, many of the vulnerable migrants in transit are Haitian, as well as nationals from other countries in the Caribbean, Asia, Africa, and the Americas.

Having no option to use regular migration routes, many migrants resort to using smugglers, increasing vulnerabilities and protection concerns, the report showed.

Among these flows are migrants who settled regularly mainly in South American countries, particularly Brazil and Chile, in recent years.

Others were forced, or decided, to migrate to other destinations in the north of the continent due to inadequate documentation and the impact of the pandemic, including an alarming increase in xenophobia, which limited their access to basic services. Disasters and political instability in countries of origin and residence were also drivers.

IOM has appealed for USD 74.7 million to respond to the humanitarian needs of the growing number of vulnerable migrants in transit, as well as for current destination countries to mitigate the negative impacts of the crisis and other socio-economic factors that often strike migrants first and hardest. The assistance includes food, clothing, health services and psychosocial support, safe shelters, and protection for victims and people at risk of gender-based violence and trafficking in persons.

IOM’s Global Crisis Response Platform provides an overview of IOM’s plans and funding requirements to respond to the evolving needs and aspirations of those impacted by, or at risk of, crisis and displacement in 2021 and beyond. The Platform is regularly updated as crises evolve, and new situations emerge.