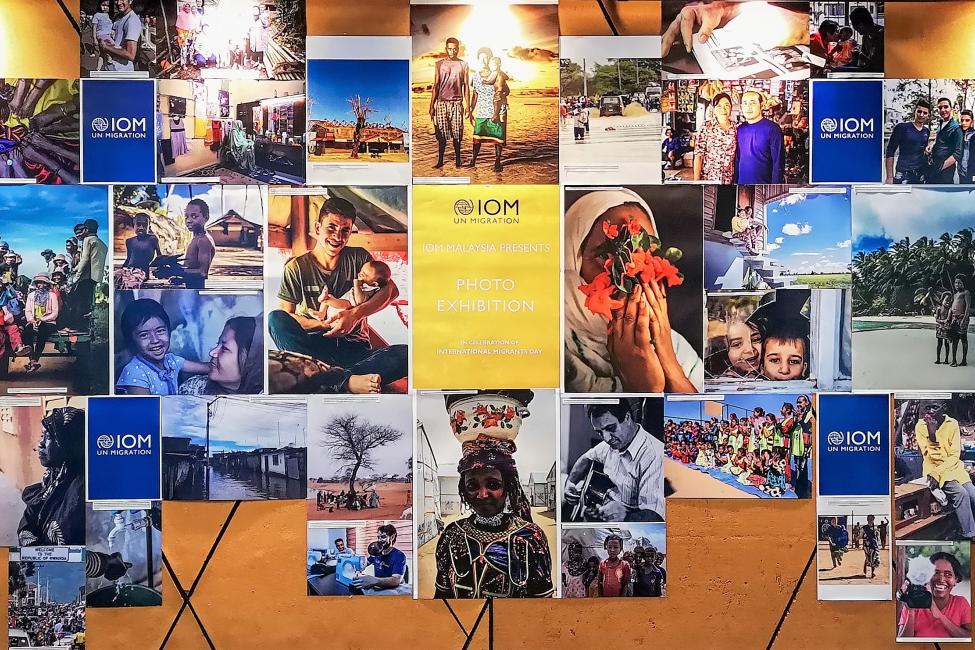 Kuala Lumpur – IOM Malaysia has hosted the country’s first screening as part of the Global Migration Film Festival ahead of International Migrants’ Day on 18th December. The festival recognizes the rights and contributions of migrants worldwide.

The one-day event, on 11th December, served as a platform for 150 young film enthusiasts, activists, government representatives and civil society partners to discuss the key challenges of migration, socio-economic development and the human rights perspective of the global climate crisis.

“The goal of the festival is to pave the way for greater discussion, which can in turn help viewers to cultivate deeper empathy for migrants and a better understanding of their realities, needs, perspectives and capacities,” said IOM Malaysia Head of Office Kendra Rinas. “The festival acts as an advocacy tool by bringing attention to social issues and creating safe spaces for respectful debate and interaction.”

The event featured two film screenings, a panel discussion and a photo exhibition of migrant journeys. The critically acclaimed Aku Mau Skola (I Want To Go To School) by a Malaysian filmmaker highlighted the struggles faced by stateless and marginalized children in Sabah, the second largest state in Malaysia.

In a baking hot shack with a leaky roof, over 70 stateless children squeeze in daily to study under the guidance of their teacher, Rujiah Sami. Rujiah founded the school four years ago to provide basic education for stateless children in her community. The school is at risk of being shut down and demolished for providing language and mathematics lessons without a license.

Film director, Puteri Purnama Sugua told the audience that films have the power to shift public perception and create a positive narrative in addressing critical concerns such as access to quality education. “Regardless of citizenship status, education is a fundamental human right, not a privilege,” she said.

Access to public education for stateless and undocumented children has increased as part of the Ministry of Education’s “Zero Reject Policy.” With this change, 2,635 stateless children were enrolled in public schools this year. However, Malaysia is not a signatory to the 1954 and 1961 Conventions on the Reduction of Statelessness and does not have a legal and policy framework that protects the rights of stateless persons.

The second movie, The Climate Limbo, by filmmakers Elena Brunello, Paolo Caselli and Francesco Ferri, explored the connection between climate change and migration as a global phenomenon. Through personal interviews and experiences, the documentary analyzed trends and its impact on communities in Italy, Switzerland, Nigeria and Bangladesh.

By 2050, global climate change-related disasters could displace up to 250 million people. The Asian Development Bank estimates that Southeast Asia could suffer bigger losses than most regions in the world. Several states in Malaysia have experienced severe storms and flooding in recent years. Floods in Kelantan last year caused more than 30 million ringgit (US$7.2 million) in damage and floods in Penang in 2017 cost the island state 34 million ringgit (US$ 8.1 million) in damage.

The panel session addressed key issues such as the importance of education in creating awareness of climate change risks, localizing Sustainable Development Goals (SDGs) to ensure a greater participation among local communities, and implementation of national policies.