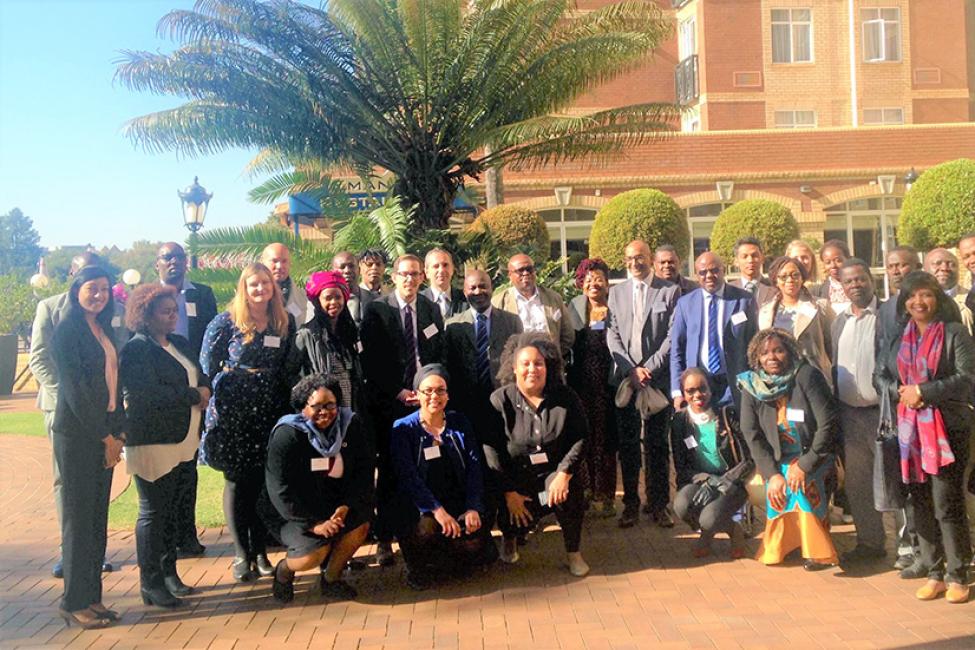 The two-day event which gathered 40 participants, including officials from entities in charge of environment, migration and disaster management from 14 countries of the region, the IOC Secretariat, United Nations (UN) agencies, and international non-governmental organizations, is the first event of its kind in the region. It aimed to bring together stakeholders to discuss findings of selected country assessments, as well as to debate and develop a regional policy-guiding document that will establish priorities, and stimulate cooperation and cross fertilization amongst Member States on MECC.

Migration, climate change and the environment are closely interrelated. Just as environmental degradation and disasters can cause migration, movement of people can also entail significant effects on surrounding ecosystems.

Every year, millions of people worldwide are forced to leave their homes because of floods, windstorms, earthquakes, droughts and other disasters. Environmental factors have long had an impact on global migration flows, as people have historically left places with harsh or deteriorating conditions. However, the scale of such flows, both internal and cross-border, is expected to rise as a result of accelerated climate change, with unprecedented impacts on lives and livelihoods.

This is particularly true in Southern Africa and in the Western Indian Ocean. Climate change models developed by the Council for Scientific and Industrial Research (CSIR) in South Africa, project a robust pattern of drastic temperature rise for southern Africa, with increases of up to 7° Celsius over some parts of the region by the end of the century.

In his opening remarks, Charles Kwenin, IOM Regional Director for Southern Africa and the Indian Ocean, noted that “our changing climate is fundamentally redrawing the map of where – and how – people can live”, and added that “the complex nature of events and realities we witness in the region makes very clear that no one country can address the issue alone, making regional and sub-regional dialogue and cooperation indispensable.”

IOM has been at the forefront of operational, research, policy and advocacy efforts on MECC, seeking to bring environmental migration to the heart of international, regional and national concerns, in collaboration with its Member States, observers and partners, which reflects Member States’ priorities to advance in this area.

The Regional Policy Forum is part of the wider IOM Development Fund (IDF) supported project Migration, Environment and Climate Change: Evidence for Policy in Southern Africa and the Indian Ocean, which seeks to increase knowledge and awareness about the relationship between migration and environmental change, to inform the formulation of related national and regional policy and operational planning.