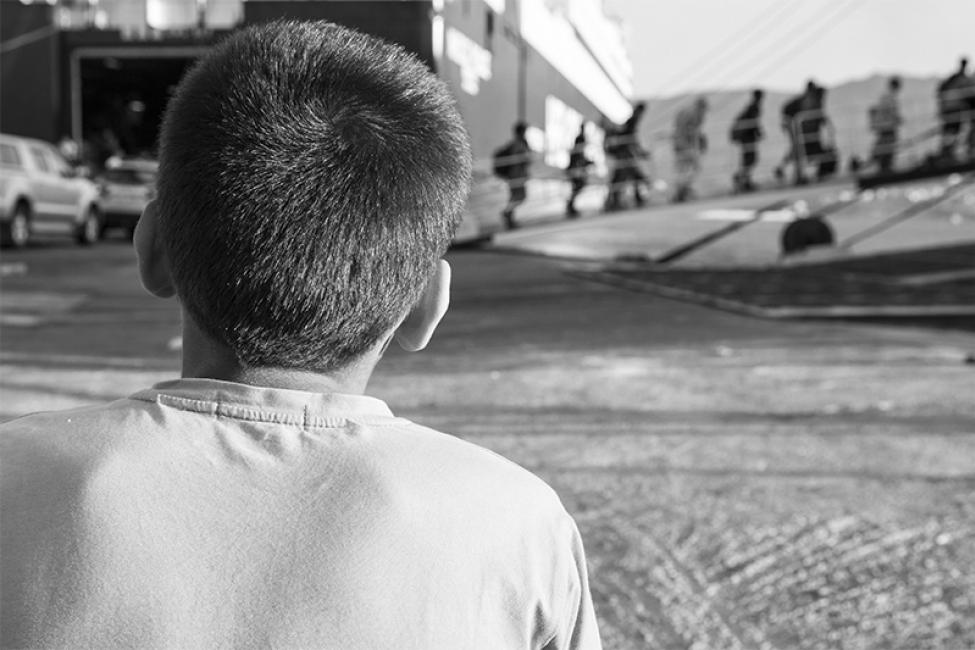 Geneva – Almost half of identified cases of child trafficking begin with some family member involvement, according to new data released by IOM, the UN Migration Agency.

These statistics, which are critical to human trafficking prevention efforts and the identification and protection of survivors, are based on data released by The Counter-Trafficking Data Collaborative (CTDC), the world’s first human trafficking data portal to include such data contributed by multiple agencies.

The extent of family involvement in the trafficking of children is up to four times higher than in cases of adult trafficking, suggesting the need for more prevention efforts specifically targeting children and their families. In addition, boys are more likely to be recruited by a family member than girls.

Children are most commonly trafficked into forced sexual exploitation, begging, and domestic work. The new data also show that children are most likely to be coerced into trafficking through physical, sexual and psychological abuse, while adults are more likely to be controlled having their documents confiscated, or having someone exploit their irregular status in a foreign country.

The CTDC is a new data portal initiated by IOM, in partnership with Polaris, a non-governmental organization that works to combat and prevent modern-day slavery and human trafficking, to host the world’s largest open access, multi-stakeholder repository of human trafficking data.

“Our Organization is taking a leading role in increasing the access to this critical information in order to strengthen counter-trafficking interventions,” said IOM Director General, William Lacy Swing.

“Modern slavery is a clandestine crime operating in the shadows as efforts to fight it are often based on only partial information. That’s why comprehensive data is essential, so we can put more targeted pressure on trafficking and reach more survivors so they can leave their exploitative situations. The CTDC is a leap forward to better illuminate the reality of modern slavery and facilitate coordinated efforts to combat it across borders,” said Bradley Myles, CEO of Polaris.

The CTDC is continuing to build partnerships with other counter-trafficking actors, with the NGO Liberty Asia being the newest contributor, bringing the total number of records of human trafficking cases hosted by the site to nearly 80,000 victims of 180 nationalities exploited in 117 countries. Further data is to be contributed by counter-trafficking partner organizations around the world in the coming months. The availability of such data for the first time is expected to have a large counter-trafficking impact.

These statistics related to child trafficking cases with family involvement are based on nearly 12,000 survivors of trafficking for which the information related to the recruitment process is known.

In response to these concerning statistics, IOM is calling for governments and other development and humanitarian partners to step up counter-trafficking interventions aimed at children, by:

More research is needed to better understand the specific risk and protective factors that make children vulnerable to human trafficking. The voices of children should be heard in the design, implementation and evaluation of services, policies and interventions and the legitimacy of their aspirations should be recognized.

To access the CTDC please click here. Data on the site are regularly updated so charts and data visualizations may not exactly match statistics in written analysis.

More information on IOM can be found here.

More information on Polaris can be found here.