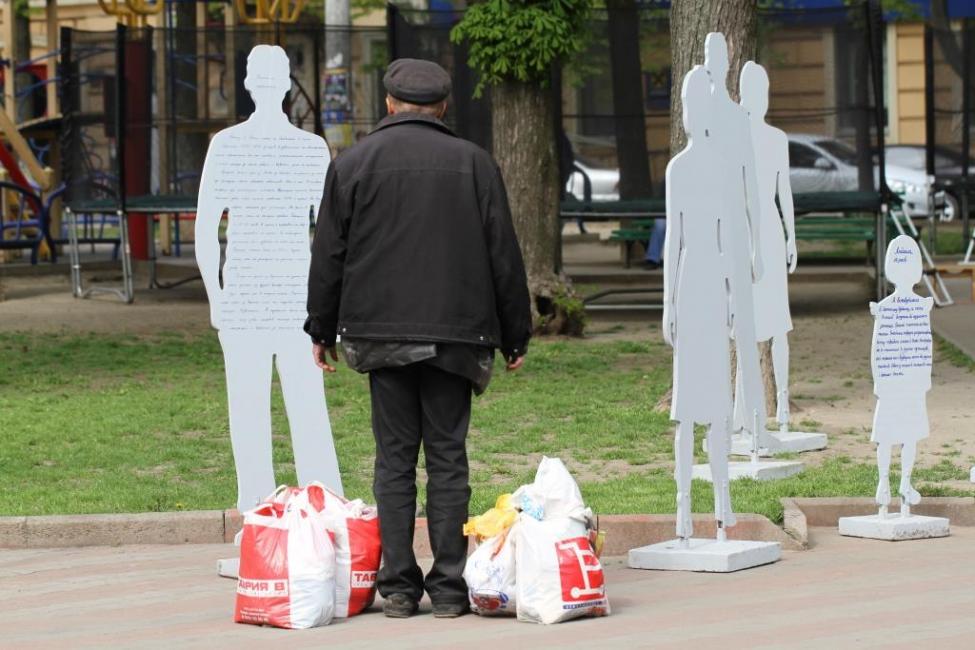 Kyiv – On EU Anti-Trafficking Day, 18 October, the Ministry of Social Policy and the National Police of Ukraine revealed the details of a shocking case of mass trafficking during a press conference in the capital Kyiv. The International Organization for Migration is helping the Government to provide immediate assistance to the victims.

Over 80 jobless Ukrainians from the Odessa and Dnipropetrovsk regions were lured to work at a farm by promises of free accommodation and meals, as well as salaries of USD 170 per month (well below the average salary in Ukraine which is equal to USD 400).

“Two suspects have been apprehended – a man and a woman who were recruiting victims and supervising their work. We are working to prosecute the rest of the criminal group,” said Artem Kryschenko, the Head of Counter-Trafficking Department of the National Police of Ukraine at the press conference. According to him, the suspects face up to 12 years in jail.

This week IOM provided food, hygiene items and clothing to 22 people among the case victims – those who were recruited in Dnipropetrovsk Region and returned to their homes with help of the authorities.

“Forced labour has been the prevailing human trafficking trend in Ukraine, making up over 90 per cent of the victims we assist,” said Anh Nguyen, Acting Chief of Mission at IOM Ukraine.

From January to June 2019, the IOM Mission in Ukraine identified and assisted 600 victims of trafficking. Almost 70 per cent of them were men. The total number of trafficking survivors assisted by IOM since the start of its reintegration activities in Ukraine 19 years ago is close to 16,000. IOM has been also supporting the Ukrainian State and non-governmental organizations in building their capacity to raise public awareness, assist the victims and prosecute the criminals.

“The Government and civil society of Ukraine have made a number of steps towards the establishment of a viable national counter-trafficking response. At the same time, with Ukrainians being susceptible to many risks, IOM stands ready to further support efforts to combat modern-day slavery,” said Nguyen.