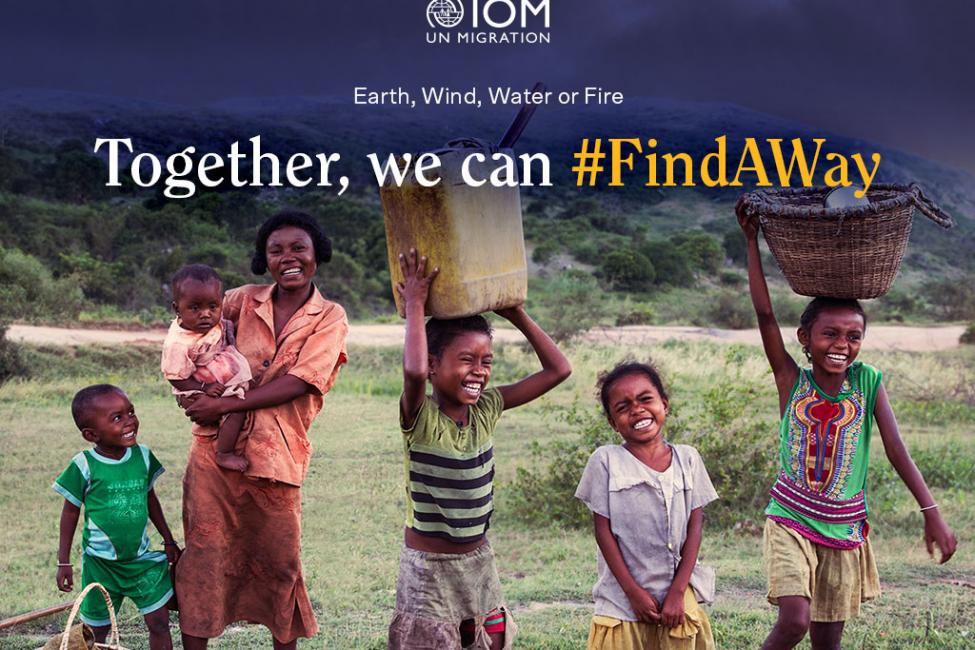 Geneva – When Cyclone Komen hit Myanmar in 2015, Daw Lawng Hngel and her family had barely a moment’s notice to pack up their lives and escape the devastating landslides.

In the same year, tropical storm Mayak uprooted 6,500 islanders of the Federated States of Micronesia, including Detora and her family, who have lived on the island of Chuuk state for generations.

For several years now, the threat of drought and famine in southern Madagascar has forced farmers like Amadou Botokeky to burn their fields and look for livelihoods in other parts of the country.

Meanwhile, in the vast expanse of the Mongolian grasslands, T S Munkhsukh worries about the harsh winters and summer droughts, and the future of nomadic herders and their livestock.

The stories of Daw Lawng Hngel, Detora, Amadou Botokeky and T S Munkhsukh are part of a growing group of migrants on the move because of climate change. They may live thousands of miles apart from each other, but they share a common reality: accelerated climate change is threatening their homes and drastically altering their way of life.

Hazards such as floods, storm surges, droughts, cyclones and heavy precipitation, accentuated by climate change, take a huge toll on communities and force millions of people out of their homes every year.

Climate migration is one of the biggest challenges of our time. Unless action is taken, by 2050, there will be over 143 million people forced to migrate due to climate change across these three regions alone. Migration due to environmental changes is not a new phenomenon – what is new is the intensity and severity of these drivers due to our changing climate.

Find A Way is IOM’s global initiative focusing on the resilience and strength of those migrating due to climate change and embodies IOM’s commitment to finding solutions in the face of adversity. Through dedicated operational, research, policy and advocacy efforts, IOM brings climate and environmental migration to the heart of international, regional and national efforts. Whether it is preparing communities to be more resilient in the face of climate change or working with governments to manage internal migration and prepare for when climate migration occurs, IOM will always Find A Way to support vulnerable communities and leave no one behind.

IOM is at the forefront, helping people who have already suffered the impacts of climate change, to rebuild their lives with dignity, and be resilient to future shocks. But more needs to be done to preserve, protect, and often rebuild communities affected by climate change and migration. IOM calls on greater participation by the general public to take action and invites all concerned citizens to join its on-going efforts in supporting climate migrants.