Finding Our Way in the Age of Climate Change and Migration 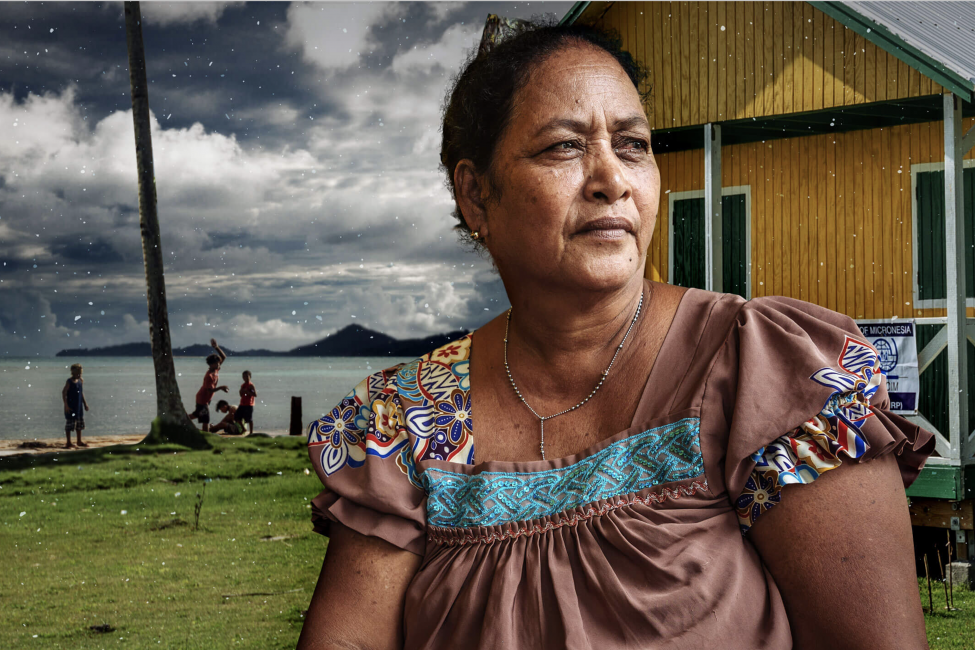 New York – Global migration dynamics constantly shift and often baffle but one thing is certain: the adverse impacts of climate change are shaping migration patterns everywhere. Millions of people are being displaced by natural disasters and extreme climate events while others look to migration as a deliberate strategy to adapt to simmering or sinking regions.

We are moving on everything from offsetting carbon to eating less meat, but how are we doing confronting the transformational impact that climate and environment-induced population movements are having and will have on peoples and societies across the globe?

Between 2008 and 2018, we have seen more than 260 million people displaced by disasters. The Internal Displacement Monitoring Centre estimates that up to 17.2 million were displaced in 2018 alone. On the frontline, responding daily to the effects of extreme weather events such as in Mozambique where 94,000 people remain displaced by Cyclones Idai and Kenneth this year, my organization, the IOM, knows too well the relationship between climate change and dislocation.

Disasters like these both impact and are impacted by pre-existing crises. In Bangladesh, IOM is working with other agencies to support Rohingya refugees living in camps where a monsoon season rages around them. Just last week, 15 landslides, 25 rainstorms, and five floods caused the temporary displacement of nearly 15,000 people, both in the host community and the camps. Every few months, extreme weather creates deep upheaval for a population already at its most vulnerable.

Emergency response addresses the devastating symptoms of environmental change. But the condition we are diagnosing is far more complex. When an unstable climate collides with persistent inequality, weak governance, ongoing fragility, and sharp demographic change, the result is a maelstrom of drivers that lead to increased internal, regional and international movements as individuals scramble for safety and the legitimate prospect of a future.

In West and Central Africa, millions of people depend on Lake Chad. Startlingly, the lake’s volume has decreased by 90 per cent in the last 40 years due to increased drought and man-made irrigation. The lake’s disappearance has not only affected livelihoods but has also become a source of tension and conflict. Interconnected environmental menaces such as droughts and floods, over-exploitation of resources and climate change are affecting rural-urban and cyclical mobility within countries and across borders.

Besides, many of the most high-risk countries rarely make the headlines. In 2016, the 15 countries most vulnerable to natural hazards are among the least developed.  These include those that are land-locked – for example, Uzbekistan and Zimbabwe.  They also include small islands. While we will read about the Bahamas, devastated by hurricanes each year, we may be less aware of such low-lying island states as Tuvalu or Vanuatu, largely defenseless against even the smallest rise in sea-level.

And yet policy-makers in industrialized countries tend to see these struggling countries merely as paths leading migrants to their doors, rather than as countries grappling with challenges that affect lives within their own neighborhoods.

With a 1.5C global temperature rise, IOM projects that 30 to 60 million people will be living in areas where the average heat in the hottest month will be too high for a human body to function well. With a 2C rise, that number increases to more than 100 million.

This, combined with the impact that rising sea-levels will have on coastal and low-lying communities, demands that action be taken now to avert and minimize the adverse impacts of climate change. The human cost, otherwise, risks being incalculable.

On top of aid and better migration management, this means supporting communities to adapt and build resilience to deep changes in their local environment.  It means addressing drivers of fragility, better pooling our data to understand and anticipate likely future migratory patterns and placing humans – and their rights – at the center of our planning.

The international community can no longer implement migration and development policy without considering the impacts of climate change. We need to integrate environmental and climatic factors into all migration management policies and we need to mainstream migration into development, disaster risk reduction, humanitarian action, climate, and security. The 2015-2016 Paris Agreement is one of the milestones which included migration into the climate change nexus.

Increasingly, migrants are leading the way and taking on the task themselves with a more durable and integrated brand of development. Diaspora groups are investing in sustainable land management in migration prone regions in Burkina Faso, Senegal and Niger while returning migrants are part of another new effort to create green and sustainable jobs.

The responsibility lies with all of us, citizens and governments alike. This is the message we have brought this week to the UN Climate Summit in New York. Each of us, in a personal capacity, can help vulnerable populations be more resilient in the face of climate change. This is why IOM has launched a global campaign on climate migration called #FindAWay. We invite individuals from around the world to ally with us to address the negative impacts of climate change on people’s daily lives. Helping others find a way may help us all in the long run.