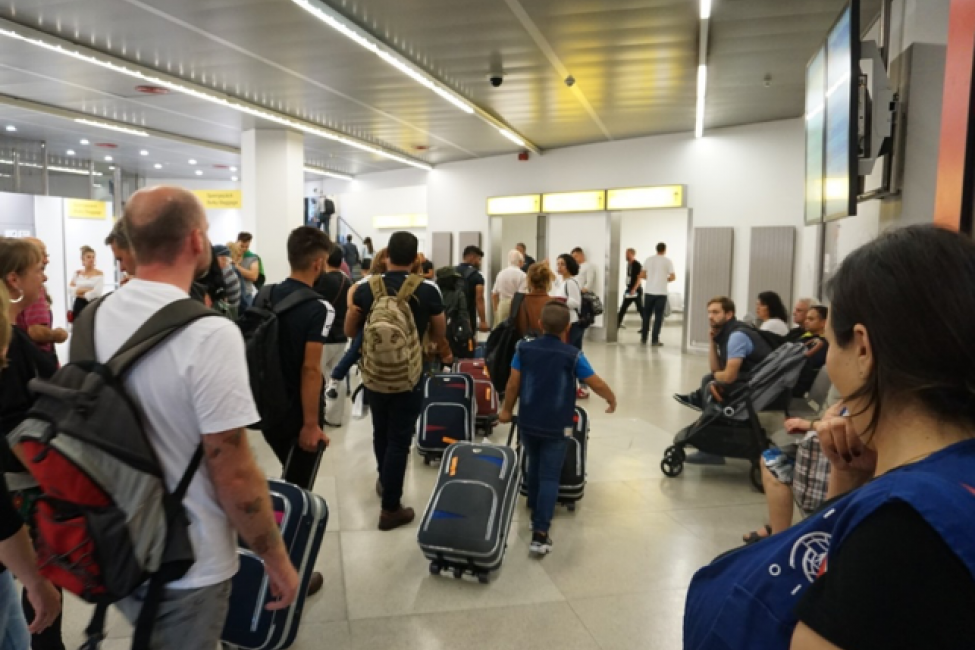 Berlin – A family of eight Yazidis arrived in Berlin on Wednesday (14/08), in the latest effort by the International Organization for Migration (IOM) to assist vulnerable Yazidis with their admission to Europe. Their arrival was made possible through the German Federal State of Brandenburg’s new regional Humanitarian Admission Programme (HAP).

The family was accompanied by IOM staff during their journey from Erbil to Berlin, where they were welcomed at Berlin’s airport by specially trained staff before travelling onwards to their accommodation in Brandenburg.

“It is crucial that we continue to assist this vulnerable group, who have suffered immeasurably at the hands of ISIL,” said IOM Iraq Chief of Mission Gerard Waite.

“We are grateful that, with Brandenburg, another German Federal State has stepped up to support vulnerable Yazidis, as they recover from their horrific ordeal and rebuild their lives,” said IOM Germany Chief of Mission Monica Goracci.

Between 2015 and 2016, IOM supported over 1,000 Yazidi women to come to the German Federal State of Baden-Württemberg, among them 2018 Nobel Peace Prize winner Nadia Murad.

In total, since 2015, IOM has assisted 1,327 Yazidis who have been granted humanitarian admission to European countries. In May 2019 alone, IOM assisted 130 Yazidis to travel to France as part of the Humanitarian Admissions Programme launched by President Emmanuel Macron.

The current round of humanitarian admissions comes five years after ISIL swept through predominately Yazidi Sinjar, executing thousands of men, sexually enslaving large number of women and girls, and displacing thousands of people. Today, a significant portion of the community remains displaced, including hundreds of families who fled to Mount Sinjar in 2014.

In Iraq, IOM supports the selection mission, assists with visa document processing, conducts health assessments and provides pre-departure orientation sessions. The HAP foresees the admission of 71 Yazidis from Iraq through the end of 2019.