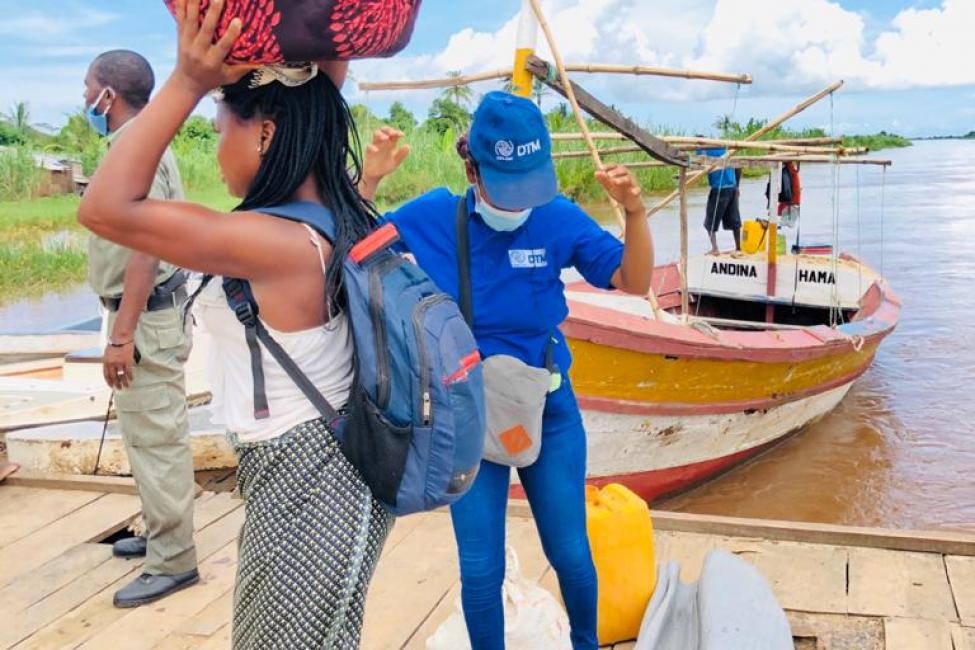 IOM is assisting the Government of Mozambique's preparations for the arrival of Cyclone Eloise, moving people to safety in accommodation centers in Buzi.  Photo: IOM 2021

Beira — Roughly 160 International Organization for Migration (IOM) staff in central Mozambique are working to prepare local communities for the imminent arrival of Cyclone Eloise, which is currently packing winds of at least 150 km/h.

“The water is rising in their zones and people are frightened, bracing for yet another storm.”

Eloise is expected to make landfall in Beira late Friday or early Saturday. By mid-afternoon today shops across the city are closed and flooded streets, empty.

IOM personnel will be ready to respond immediately with specialists in camp coordination and management, shelter, the distribution of non-food items, health and protection services and data mapping under IOM’s Displacement Tracking Matrix (DTM).

The Port of Beira is set to close on Friday for a period of about 40 hours in expectation of dangerous winds and rain from the afternoon of 22 January through the morning of 24 January. Beira is the main entry point for goods bound for north coastal Mozambique.

A limited supply of emergency non-food items had been stockpiled in Beira, including tarps and water tanks. However, resources are stretched, as IOM is actively responding to the crisis across Northern Mozambique.

At the same time, over 900 people are already displaced in Beira City due to recent heavy rains and the impact of Tropical Storm Chalane, which hit nearby Sofala Province on 30 December.

“The government is working, identifying the safe places to bring the people who are most vulnerable,” explained Aida Temba, a protection project assistant with IOM Mozambique.

“The rain is coming, and the water is rising and it’s not easy to reach all the people who need assistance. But we do our best to respond.”

Hundreds of families were evacuated to two accommodation centres, sheltered in tents provided by Mozambique’s National Institute for Disaster Management and Risk Reduction (INGD). One accommodation center was today closed, in favor of moving families to schools, which provide more stable structure. Those families’ needs include food, potable water, hygiene kits and soap.

IOM Mozambique also has reported that due to heavy rainfall and the discharge of water from the Chicamba dam and the Mavuzi reservoir—both in the Buzi District west of Beira—over 19,000 people have been affected and hundreds are being moved to accommodation centers. Their needs include food, hygiene kits, and COVID-19 prevention materials.

IOM staff are supporting the Government of Mozambique with the movements in both Beira and Buzi and actively working to improve drainage ways in resettlement sites in preparation for further rains.

IOM’s DTM, working jointly with Mozambique’s INGD, is poised to produce a report on displacement and damages within the first 72 hours of the cyclone’s arrival.

Tropical storms historically are common in these early months of rainy season. Cyclone Idai struck the country in March 2019. It is considered one of the worst tropical cyclones to hit Africa on record, claiming hundreds of lives, and affecting three million people across wide swaths of Mozambique, Madagascar, Malawi and Zimbabwe. A second powerful storm, Cyclone Kenneth, hit Mozambique just weeks later.

Total property damages from Cyclone Idai have been estimated at some USD2.2 billion. Almost two years later, roughly 100,000 people remain in resettlement sites, which also have been battered by the recent rains.