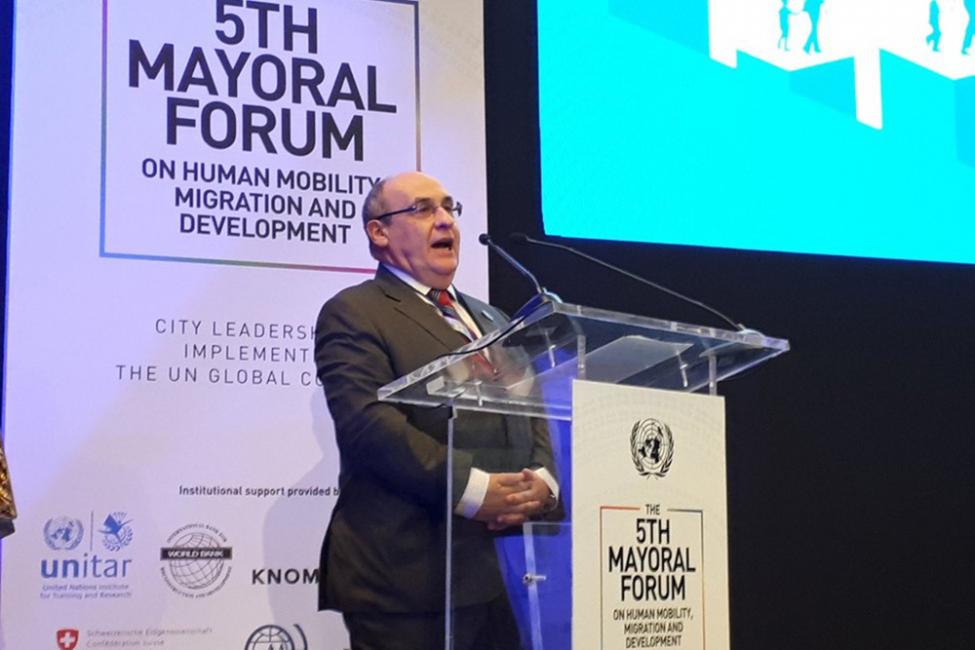 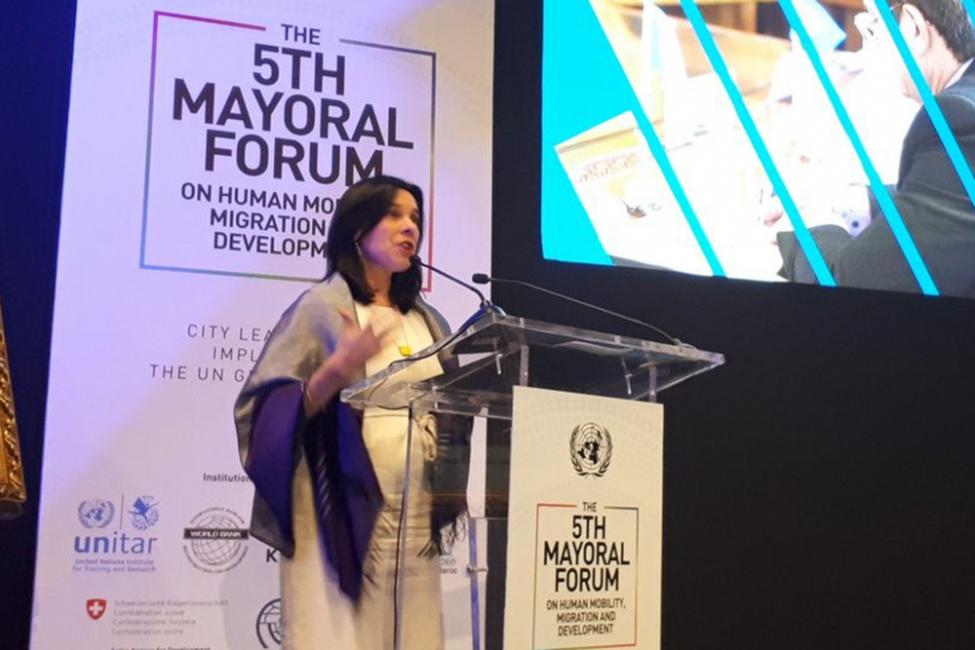 New York – On 17 December, the Marrakech Mayoral Declaration “Cities Working Together for Migrants and Refugees” was presented to the United Nations General Assembly to adopt the Global Compact on Refugees (GCR) that took in New York. This event was the culmination of a series of actions which began on 8 December, when over 150 mayors and city leaders from across the globe gathered in Marrakech to participate in the 5th Mayoral Forum on Human Mobility, Migration and Development.

This year’s Mayoral Forum focused on “City Leadership in Implementing the UN Global Compacts”. The Mayoral Declaration, adopted during the Forum, was also presented at the Intergovernmental Conference to adopt the Global Compact for Migration (GCM) on 10-11 December in Marrakech.

The Marrakech Mayoral Declaration calls for the full and formal recognition of the role of local authorities in the implementation, follow-up and review of both Global Compacts, recalling that they are at the forefront of managing the impact of migration as well as the promotion of inclusive, safe and sustainable societies, as migration remains primarily an urban and local phenomenon.

“There is no delivery of a GCM if cities do not deliver,” said Marvin Rees, Mayor of Bristol.

During the forum, IOM Director General António Vitorino stated: “in an increasingly urbanised world, we should be connecting migration and urbanisation policies as is called for the in New Urban Agenda and that the right to the city should also apply to migrants if we are to leave no one behind.”

“Cities and local governments are not only instances that react to migration flows and implement measures enacted by other levels of government. They are your partners,” stated Valérie Plante, Mayoress of Montreal, to the participants of the GCM conference.

“Cities and local and regional authorities have a key role to play in the implementation of both Global Compacts with cities also acting as the linchpin that can bring all necessary actors together from civil society to the private sector in order to ensure a whole-of-society impact,” stressed Filippo Grandi, UN High Commissioner for Refugees.

Mayors made commitments with respect to the implementation, follow-up and review of both GCM and GCR, and to future engagement within the framework of the Mayoral Mechanism that will be launched during the 2019 Global Forum on Migration and Development in Ecuador.

The Global Compact for Safe, Orderly and Regular Migration is the first-ever negotiated global agreement on a common approach to international migration in all its dimensions. Emphasizing the principle of shared responsibility among countries of origin, transit and destination, it provides a roadmap for improved governance of international migration through innovative solutions, increased commitments from States, and a renewed focus on multi-stakeholder partnerships.

The 5th Mayoral Forum was co-organized by the Open Society Foundations (OSF), the International Organization for Migration (IOM), United Cities and Local Governments (UCLG), the Global Knowledge Partnership on Migration and Development (KNOMAD) of the World Bank, the UN Institute for Training and Research (UNITAR) and the government of Morocco, with the participation of the UN International Children's Emergency Fund (UNICEF), the UN Refugee Agency (UNHCR), UN Human Settlements Programme (UN-Habitat), and Cities Alliance. The Mayoral Forum has been made possible by the financial support of the Swiss Development and Cooperation Agency (SDC).

The Marrakech Mayoral Declaration is available in French, Spanish and English.