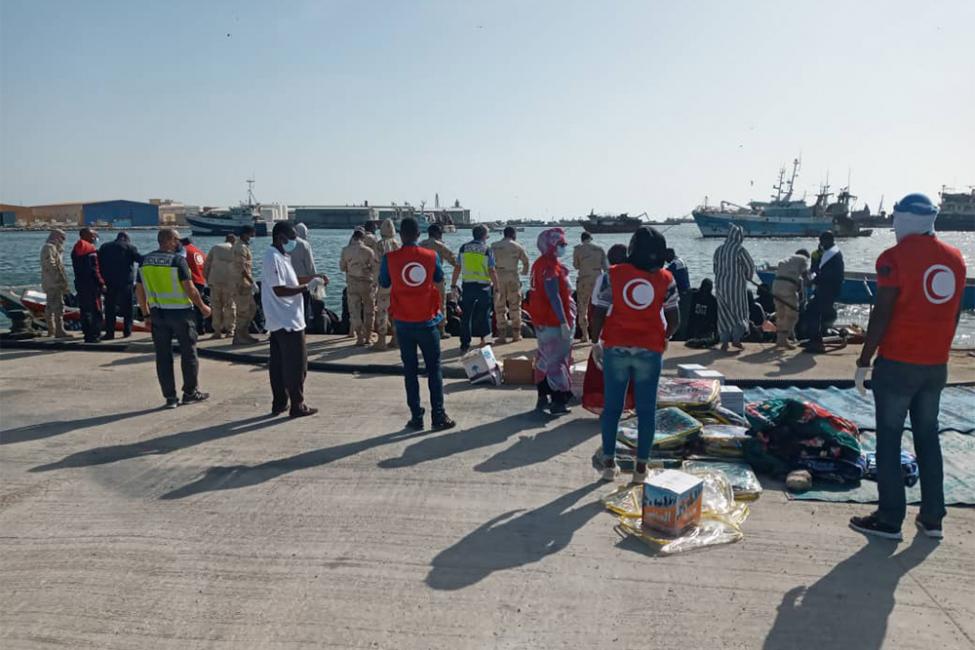 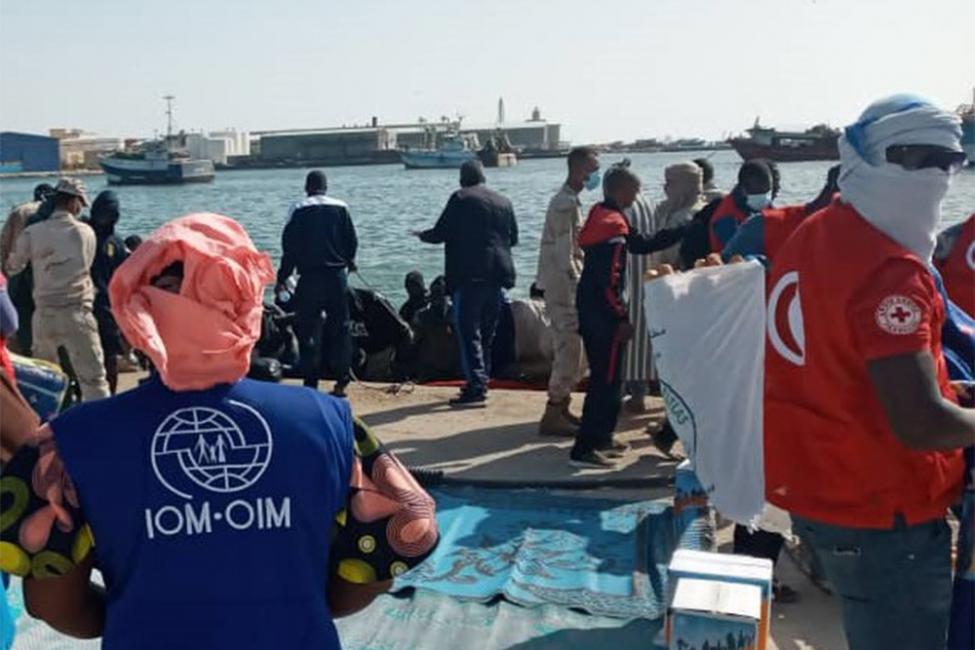 Nouakchott, Mauritania – Around 400 migrants have been intercepted or rescued off the coast of Mauritania since mid-October. The International Organization for Migration (IOM) has recorded an increase in attempted crossings on the West Africa route and is appealing for more support to ensure rapid and adequate assistance to migrants.

IOM, in coordination with the Government of Mauritania, the French Red Cross and the Mauritanian Red Crescent, has been providing migrants, among them survivors of several shipwrecks, with urgent medical assistance, food assistance and core relief items including blankets, clothes and hygiene products. It is unclear how many lives were lost after a series of tragic shipwrecks in the West Africa route.

The migrants were on board seven boats, some of which capsized, others were intercepted, off the coast of Nouadhibou, northern Mauritania, after departing from other West African coastal countries.
Migrants onboard were mainly from Senegal, Guinea, Cote d’Ivoire, Mauritanian and the Gambia. Among them, there were four unaccompanied children.

Many of the migrants showed symptoms of acute dehydration, infected wounds, and other serious illnesses, after having spent between four days and two weeks at sea. Those most affected were referred to hospitals in Nouakchott and Nouadhibou. IOM continues to monitor the serious cases, some in intensive care.

This assistance was provided in line with new health protocols and sanitary measures imposed by COVID-19. "Joint efforts with the Government of Mauritania and partners have enabled efficient referral of cases to the nearest health care centres and hospitals, but our overall capacity to respond to these growing needs remains limited, " says Laura Lungarotti, IOM Chief of Mission in Mauritania.

Due to increased attempted crossings and incidents on this route, and lack of resources to ensure a comprehensive and timely response, authorities and humanitarian actors are developing standard operating procedures to guarantee a more coordinated and human rights-based response to these emergencies.

An estimated 200 boats have arrived in the Canaries since the end of September, carrying at least 5,000 migrants, a tenfold increase compared to the same period of last year. Between 1 January and 12 October, IOM’s Missing Migrants Project recorded over 414 disappearances on the West Africa route to the Canary Islands.

Despite this increase compared to last year, arrivals remain far less than those recorded in 2006 and 2007 (which saw the arrival of 32,000 migrants to the Canaries).